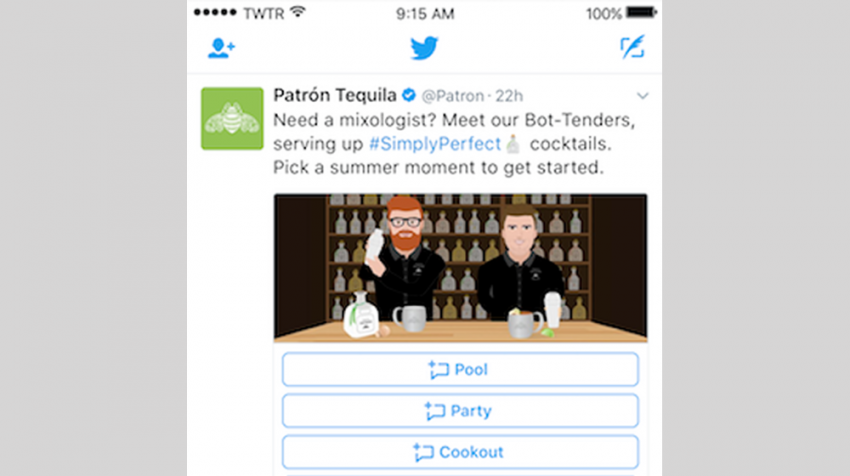 Twitter (NYSE:TWTR) recently announced the launching of a new feature called “Direct Message Card,” which offers businesses new ways to engage and build deeper relationships with their audiences on Twitter.

Direct Message Card is basically a specially designed ad unit. It attaches a customizable menu of buttons prompting a user to click on to start a conversation with a business’ (or advertiser’s) chatbots, and share their customer experiences privately in Direct Messages (DM).

“Using a Direct Message Card, businesses can capture people’s attention with engaging images or video creatives, and include up to four fully customizable call-to-action buttons. Each call-to-action button takes the user into a specific experience within Direct Messages,” explained Travis Lull, Senior Product Manager at Twitter, in a post announcing the new feature on the company’s official blog

Patrón Tequila, a spirits brand, for instance, uses Direct Message Cards that show a menu of different contexts in which someone might want a cocktail. People can then pick one, and the brand’s bot will ask them some questions about the occasion or flavor — and recommend a drink for them to try. These interactions start via a promoted Direct Message Card, although they can also start in organic tweets. 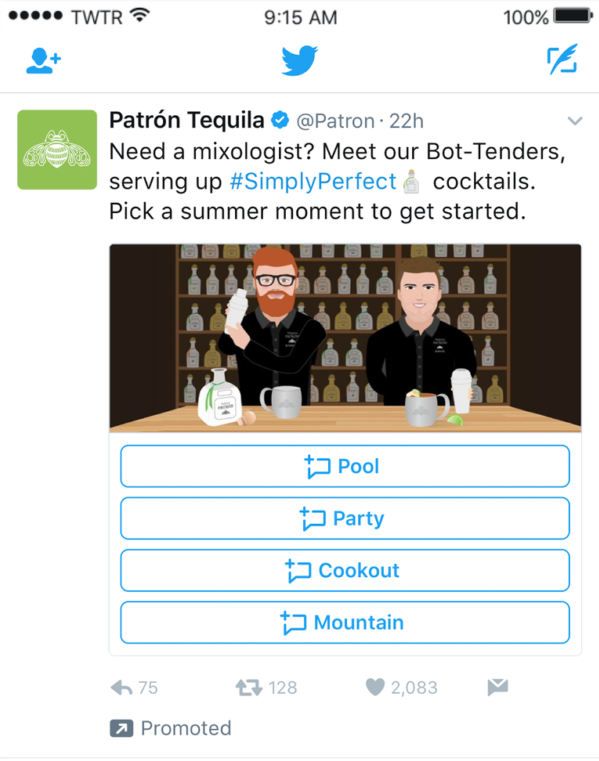 Given consumers today prefer to use messaging to interact with businesses rather than making telephone calls, it makes sense for small businesses to take advantage of Twitter’s new advertising feature. By running your own Promoted Tweet campaign using Direct Message Cards, you can upgrade your business’ customer service and boost your overall brand image on Twitter.

“With Direct Message Cards running in Promoted Tweet campaigns, businesses can take advantage of Twitter Ads’ full targeting suite to find a relevant audience to pull into personalized conversations at scale,” said Lull. “Businesses can also turn their audience into advocates by encouraging them to share the experience in their own voice through a Tweet.”

Direct Message Cards launched in beta, and is open only to Twitter advertisers for now.