WhatsApp Back Online After Global Outage 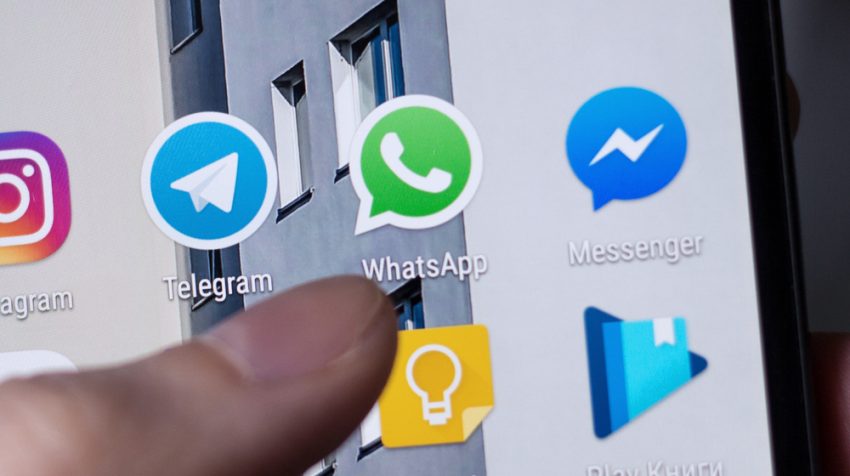 WhatsApp went down and the world went a little nuts. Literally, the world.

Widespread outages were first reported around 4 p.m. Wednesday. The problem was mostly resolved by 7 p.m. the same night, according to DownDetector.com. But during that time, no one on the planet could use WhatsApp.

And that’s a lot of people. WhatsApp is considered the world’s second largest social media platform, though it’s largely used as a messenger app. At last count, it has 1.2 billion active users monthly. It’s only beaten by  Facebook, which owns WhatsApp.

An email obtained by Reuters says WhatsApp admitted to the outage after it had been resolved. The message read, in part: “Earlier today, WhatsApp users in all parts of the world were unable to access WhatsApp for a few hours. We have now fixed the issue and apologize for the inconvenience.”

Here’s a chart showing the massive spike in WhatsApp reports to DownDetector:

The collective freak-out was warranted in many parts of the world. Use of the app in the U.S. isn’t as mainstream as it is elsewhere. It’s the top mobile messaging app and is used in business frequently. For example, the app is very popular in countries like Mexico and Brazil.

Check out these stats from Statista on the saturation of WhatsApp users worldwide: 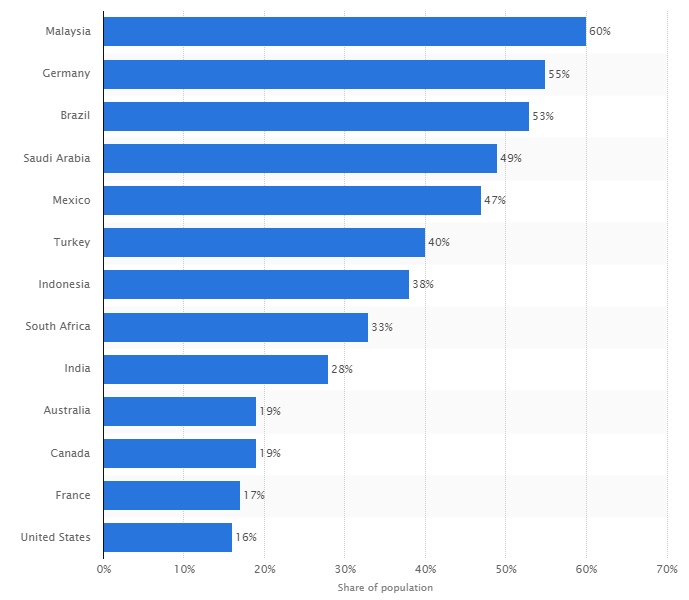 Clearly, the outage didn’t impact too many people domestically. Only 16 percent of U.S. residents rely on WhatsApp. Just 19 percent of Canadians use the app but about every other Mexican uses it. Malaysia and Germany have the highest use of the app.

So if your small business does use the app to communicate with companies in some of these countries, you would have needed an alternative to WhatsApp for part of yesterday.

It didn’t take long for users of the messaging app to take to the internet’s rant forum/down status indicator, Twitter, to confirm and vent.

Somebody call 911, @WhatsApp , had the world reacting. #WhatsApp pic.twitter.com/jsSGEhXi1g

It’s being reported that in places like Brazil, the search is on for an alternative to WhatsApp already. This is not the first time the app has been down there. Two times before this, it was blocked by court order. Reuters reports that more Brazilians are turning to alternatives like Telegram instead.