Internet Entrepreneur Smackdown: These 5 Mistakes Could Hurt Your Business 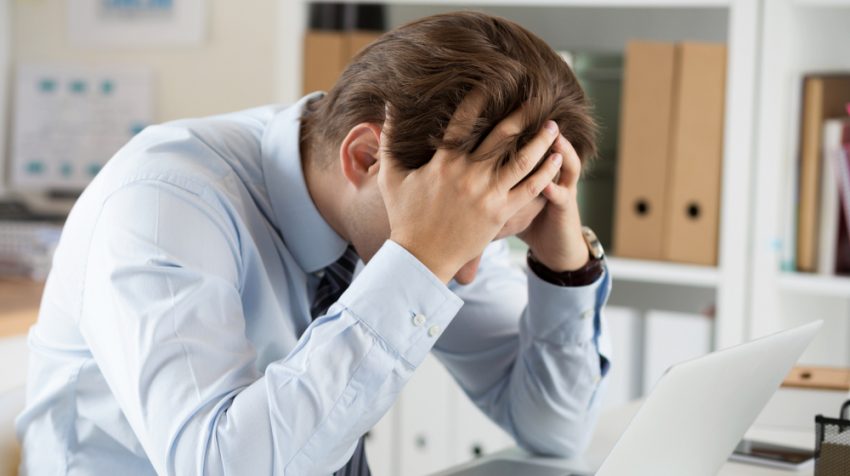 When you run a business, you don’t have the luxury to philosophize about mistakes and learn lessons from them. Mistakes may be the proof that you are trying, but simply trying is not enough when a single mistake can pull your business a notch down in the competition.

However, millennial entrepreneurs who hope to profit off the Internet, are hardwired to make mistakes. What are some common mistakes they make? What steps should they follow to avoid them? Keep reading to find the answers.

A perfectionist wants things to be perfect. He looks into tiniest of details and cross-checks everything so things don’t go awry. An overly perfectionist, on the other hand, suffers from insecurity induced anxiety and is unable to take a firm stand because of his habit of nitpicking.

Hitesh Shah, the co-founder of KISSmetrics described how he unknowingly sabotaged his initial startup venture, in which he invested $1 million. In his own words, “We were perfectionist so we built the best thing we could without even understanding what our customers cared about.”

Now this might sound like a no-brainer because customers want everything perfect, right? Not really. Most customers are ordinary people, who aren’t obsessed with perfection. Hitesh being overly perfectionist had no clue of their choice of products.

Overly perfectionists are self-absorbed and often detached from reality. They unnecessarily underestimate their own potential. The danger of this is like Hitesh, they spend big chunks of fortune on resources, which may not be required. This is how they waste money as well as time.

Not Investing in Non-profit

Budding entrepreneurs are so focused at making profit that they exclude non-profit entirely from their marketing stratagem. By doing so, they limit their visibility. Investing in non-profit can be a great way for a startup to increase its reach among customers.

Successful entrepreneurs often invest in non-profit. Gurbaksh Chahal is one of them. He founded a number of startups including RadiumOne, ClickAgents, BlueLithium and Gravity4. Despite being a profiteer, Gurbaksh involved himself in charity and social works via his own nonprofit organizations.

People like Gurbaksh Chahal and Adam Huttler are not exceptions. There are plenty other social entrepreneurs, who have a vision that’s not stuck with making profit.

Not Practicing Interaction and Social Listening

The humane era in branding has changed the definition of entrepreneurial success. A successful entrepreneur is not someone who earns tons of money. He’s someone with enough social capital. Social capital is not tangible. It’s produced by one’s extended network on social media that gives him a unique command in his domain.

See Also: Entrepreneur Quiz: Is Starting a Business Right for You?

Cutting-edge software solutions, developed solely for social listening possess features that traditional ORM tools lack. Here’s a comprehensive list of new age social monitoring tools. These tools can deliver entrepreneurs an edge in the competition and make their social journey worthwhile. Young entrepreneurs, eager to build a base are strongly recommended to use these tools.

This is a very common mistake. Plenty of young entrepreneurs are guilty of committing as well as repeating this mistake. Two chief reasons they fail to quantify progress are:

DFD (Data Flow Diagram), Gantt chart and project management templates are cost-effective ways to quantify project progress. Creating a baseline goal for a project is a must. Using team planner is necessary if a large team handles the project. Documentation of intra-team communication is key to quantifying the progress.

Big-budget projects may be profitable, but such projects often lack agility and their life-cycles are overly long. Rand Fishkin, the CEO of Moz described how his team was unable to see visibility of progress when they undertook a project in the fourth quarter of 2011. They project was initially scheduled to roll out in July 2012, but instead rolled out more than a year later.

Hence, creating agile development environment within the enterprise is essential, in order to accurately quantify progress of projects.

Not Learning to Unlearn

Adaptability is a precursor to being successful as an entrepreneur. If you are eyeing at entrepreneurial success, be adaptable. If adaptability is a coin, its two sides are learning and unlearning. Budding entrepreneurs prioritize the former, but ignore the latter. That’s a grave mistake.

Let me elucidate this with an example:

Imagine your business is not open to BYOD and your enterprise policies were formulated accordingly. If you introduce IoT for better enterprise connectivity, you have to change those policies because IoT presents users with more device options. When you change the existing policies, you unlearn several existing policy requirements.

I know from first hand experience that several work hours are spent and several enterprise resources are invested for better employee learning. In my honest opinion, organizations should ease up on learning and create opportunities for unlearning. This will make them more adaptive and more agile.

The five tips discussed here won’t bring overnight success, make no mistake about it. However, if young, Internet-savvy entrepreneurs follow these tips diligently, they’ll surely get the taste of success one day.

William Johnson belongs to the most creative field of digital media - web design. He is currently an Editor at Big Eye Deers and he is obsessed with the latest trends in ecommerce, SEO and social media analytics. He has been a regular contributor to leading online portals such as SEMrush, Small Business Trends and SocialMediaToday.
One Reaction
Leave a Reply Cancel reply
Subscribe
Follow @smallbiztrends
RSS LinkedIn Pinterest iTunes