Benedict of Oracle Team USA: How Sensors, Data, Drones and Video Shape the Chase for the America’s Cup

Through this series I have the opportunity to speak with a variety of interesting people on a great many topics. But this week’s conversation was the first time I had the chance to do so sitting on the edge of the Atlantic Ocean in Bermuda … watching Oracle Team USA compete for the America’s Cup against Emirates Team New Zealand. And while the end result wasn’t what we hoped for, with Team USA losing 7-1, It was still a great experience and an opportunity to learn how modern tech is changing the race.

Benedict, a member of Oracle Team USA, took a few minutes away from the race to share how the team is using an unbelievable amount of data they are able to collect during the race, along with video and pictures captured, to help change strategies in realtime to move the team forward. And while this is fascinating to see how modern tech is changing the race for The Cup, there are definite business lessons to take away. Plus, I get to bust out my cabana wear for the first time in a while. So I owe a big debt of gratitude to the folks at Oracle for inviting me down to see the races and learn more about technology’s role in the event.

Below is an edited transcript of our conversation. To see the whole conversation check out the embedded video above and the audio player below. 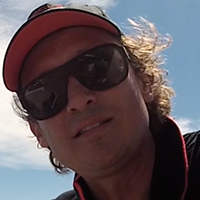 Brent Leary: There was a tech talk around how Oracle Team USA is using technology to do what they do. One of the things that stuck me, was the statement that back when the race got started in 1851, it was about technology. People would probably think 1851, what kind of technology was that back there? But now today it’s definitely about technology. Maybe you could talk about kind of the evolution of how technology has played a role in this.

Benedict: Sure, so basically if you look at this Cup, and the previous Cup, the biggest news were the foiling systems. In the past, the boats were sitting in the waters, so you always had a lot of drag, and the drag stopped you accelerating. So in these two Cups we now have foiling catamarans. They lift out of the water, similar to an airplane, and they can go three times the wind speed, which is a different story basically. The hulls do not touch the water anymore. Therefore, they just go faster and faster.

Brent Leary: This morning we talked about, being there at the end of the day, taking this video, taking all the data that’s coming from sensors, and turning that into strategy. Talk a little bit about how you’re able to take all this data you have access to now, and how that plays a role in strategy.

Benedict: We have around 300 to 350 sensors on board, and they take measurements every 5 seconds. This data is being streamed right away to a boat, which follows the race boat all the time. Then they store it back on Oracle databases. We have a huge container over there, with services set up, and it’s air conditioned, since it’s pretty hot here, but it plays a huge role for the engineers because now they always can flip back, and combine the moving pictures, like the video pics, with the data. So you can see how the boat is performing. 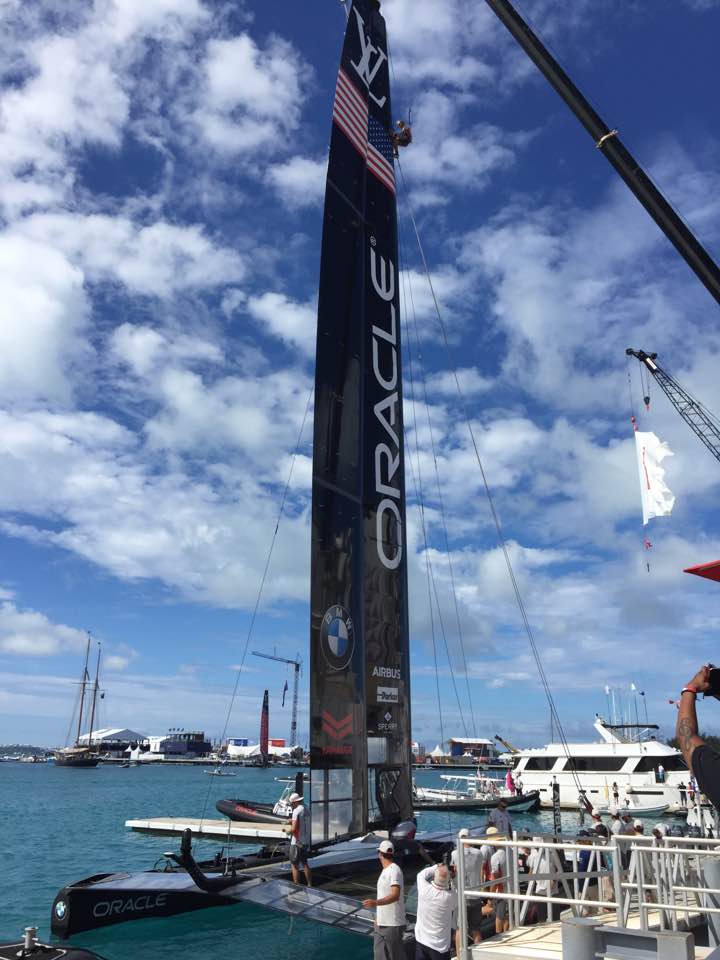 There’s a drone always following the boat. So we always have drone pictures, and that’s a good thing that we have everything synced together. So all the engineers, they just can grab all this data, to see how the boat performs under which conditions. They see what changes it made, due to the changes they made on the boat. That’s the biggest challenge basically, because sometimes you don’t know if the change you’re doing is as good as the theory tells you. So they go back and forth, and back and forth.

Over the last week, they went out three times. Today they took the boat off the water, took all the data. They analyzed it. They made some changes, put the boat back in the water. So they had hectic times.

Brent Leary: Is that gonna be what happens tonight as well?

Benedict: I think they went out tonight, or this afternoon again to do some little testing again, but the boat performance wasn’t the issue today. We had two not so good stories I should say.

Brent Leary: Okay, well let’s talk a little bit maybe about the future. What do you think is going to happen with the use of technology and data two years from now, four years from now?

Benedict: So I’m not sure how familiar your audience is about the America’s Cup, the tricky thing is, the winner takes all the rights to decide what’s gonna happen. So right now, it’s a very technology driven game, because the boats are leading edge, they’re foiling, a lot of technology involved, so maybe in the next Cup, we might not foil, because the winner decides on what boats we’re gonna race. So that is gonna be a tricky thing.

For sure there’s also technology involved, in order to make the boat as fast as possible to the given rules they decide, but right now we don’t know. Is it a foiling boat? Is it a catamaran? Is it a monohull? Is it a trimaran? We have no idea. So if Oracle will win, there’s already a kind of set scenario which four teams agreed on, how to proceed, so there’s already a schedule, and they decided on boat designs. But if Emirates Team New Zealand keeps them going, you don’t know what happens. We don’t know. They might go back and say we’re going to race on monohulls as we did in 2007 with the America’s Cup class boats. So you don’t know.