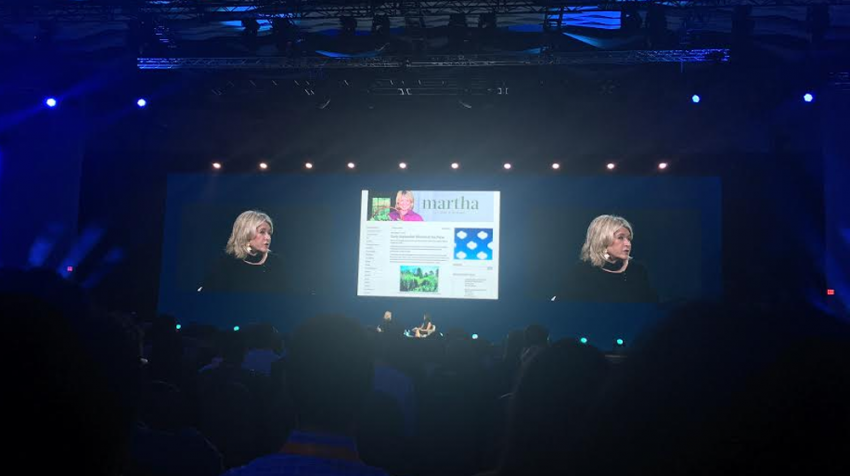 What do CEO and Chairman of UPS David Abney and style-maven Martha Stewart have in common? They both think that growing globally is a great way to expand a business.

Both spoke at the Gateway ‘17 event in Detroit today, sharing their thoughts on opportunities for small businesses in China and beyond.

First, Abney gave his talk on the opportunities and challenges of selling products overseas, a topic he’s qualified to address since UPS ships to countries around the world, including China. In fact, before he was named Chairman and CEO, Abney served as the President of UPS International, where he often reminded employees and clients about the power of thinking beyond just the U.S. 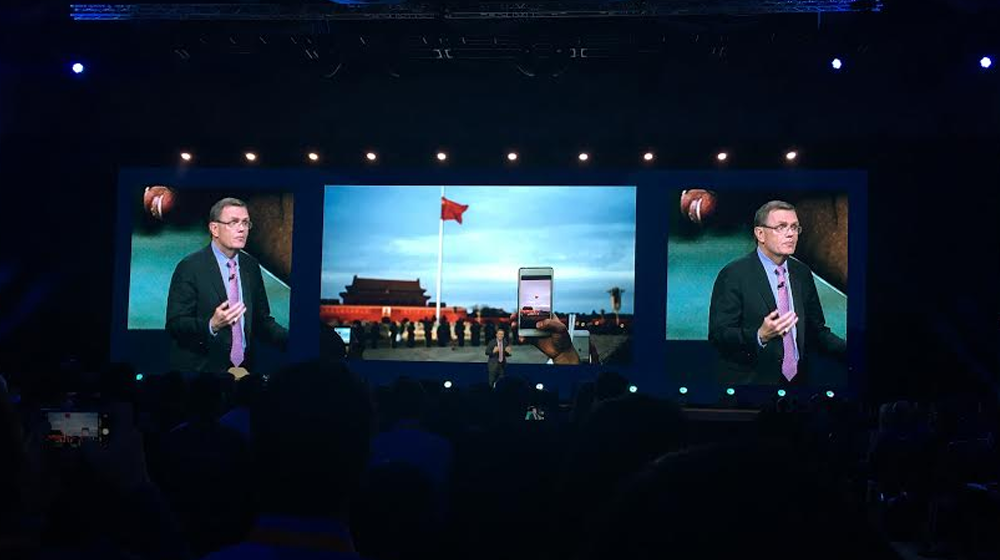 Like others at the conference, Abney stressed the importance of gaining an understanding of your customers before selling to global markets.

“To sell around the world, you must go native,” he said.

By this, Abney means that you need to really understand the customs and preferences of the people you’re selling to.

He offered an example of one of the first times UPS sent a flight to China. The company was so excited and wanted to make it special. So they had a dragon painted on the side of the plane. But the dragon was facing backwards (in the wrong direction) on the plane. It’s something the team would have known had they consulted anyone from China, or someone familiar enough with the culture to understand the importance of the direction the dragon was facing.

For this reason, Abney said, it’s very important for businesses to immerse themselves and do lots of research when breaking into new markets.

Of course, you also need to understand the logistics and practical processes of selling overseas, which companies like UPS can help with.

For her part, Stewart also shared some tips for small business owners based on her years of experience.

The lifestyle mogul has recently started exporting her various product lines to China and other international markets, a move that has made her businesses even more profitable than previously imagined.

Of course, it’s not as easy as just saying you want to export. Stewart also stressed the importance of knowing the markets you plan on entering.

For example, her line of sheets is something that appeals to Chinese consumers due to the quality. But they don’t usually have access to the same size washers and dryers as American consumers do. So the company had to make a small adjustment to make sure the products would be practical specifically for Chinese consumers.

In addition, Stewart spoke about the amazing power the internet and social media give small makers and small business owners to reach people around the world. Stewart has made great use of social media for her businesses. And she thinks that things like livestreaming, podcasting and online video offer unique ways for businesses to build a great deal of recognition when breaking into new markets.

Stewart also applauded Alibaba CEO Jack Ma, whose company sponsored the event, for choosing to host in Detroit, which she called a “hotbed of American makers.”

Gateway ‘17 is a conference for small businesses looking to expand by marketing to Chinese consumers. The event began June 20 and carries on through June 21 at Cobo Center, Detroit.