Apply These Secret Techniques to Transform Your Hobby to a Business 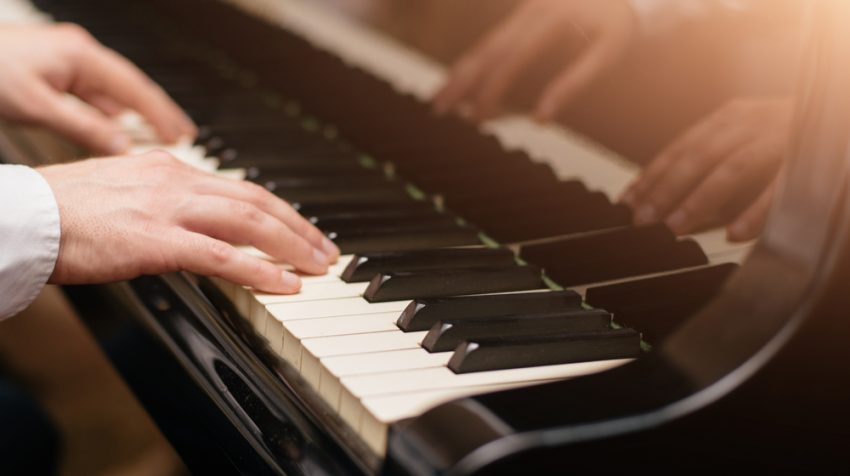 For years, Jacques Hopkins wanted to make money online with a flexible side gig. Now the former electrical engineer has found a niche that has become his career: teaching people to play modern songs on the piano in 21 days, all over the internet.

Hopkins didn’t make the transition overnight. He and his wife had been saving for years before he started his own business. Here’s how they did it — and how you can turn a hobby into your main hustle.

From Engineer to Entrepreneur

Piano teaching wasn’t Hopkins’s first entrepreneurial idea. He tried a few that didn’t take off, including an invention that turned regular desks into standing desks. He learned from that experience that he didn’t want to sell physical products.

But he could sell lessons online, from anywhere. So he developed a more accessible and efficient method of teaching piano than the formal lessons he took from ages 5 to 17.

And so began his side business, Piano In 21 Days. The company’s tagline says it all: “I help regular people learn to play modern songs on the piano in as little time as possible.” What started as YouTube videos of Hopkins playing pop songs became a 21-day online course.

Hopkins knew the project would be more successful if he could devote more time to it — so he quit his day job. “The website took off once I was focusing on it eight hours a day,” he says.

Saving for the Jump

Before Hopkins quit his engineering job, he and his wife, Niki, prepared to lose that income. The first step: paying off their mortgage. Then, Hopkins says, “the money we were putting toward the mortgage started going to a savings account.” Niki also received a pension from a previous job, which helped them build savings.

The family amassed enough to live on for a year, frugally, without much support from the piano business. “We wanted to make sure we had enough savings so that if this failed miserably, we would still be able to have money to live on and time for me to find another job if I needed to,” Hopkins says.

In the event that Piano in 21 Days did fail miserably, and Hopkins couldn’t find work, the family had a backup: a $20,000 emergency fund. “That was sort of a security blanket that was just sitting there,” he says.

Hopkins had started the fund years before. He had very little debt and was able to contribute about $500 per month. After two years, he saved about $12,000. Once he and Niki got married, they gradually increased the fund to about $20,000.

“You just attack it,” he says of building the fund. “Five, six, seven hundred dollars a month — whatever you have.”

The Benefits of Working Online

Hopkins, his wife, who is expecting, and their toddler daughter are based in Baton Rouge, Louisiana, but Hopkins can live and work from anywhere. Most of his work involves talking with prospective customers on the phone, as well as marketing and growing the business. He occasionally posts a new YouTube video, tweaks the website and posts on social media. He outsources other tasks.

Hopkins and his family take advantage of his flexibility by traveling often. For example, last summer they spent three months in France. “We’re having a blast,”  he says. But even when Hopkins is on vacation, he talks with prospective customers. “I’m not going to stop taking those phone calls,” he says.

Lucrative earnings and European vacations are far from the only benefits of Hopkins’s work. He loves that he’s helping people all over the world. “When I worked a real job I was hardly able to see my impact, but now I get feedback daily from people thanking me for helping them learn to play piano,” he says. “That’s really what keeps me going.”

Want to make money online like Hopkins? Start by exploring his favorite resources. He says he was most influenced by Tim Ferriss’s “The 4-Hour Work Week,” which inspired him to pursue a side gig when he was still in college. He also recommends Jeff Walker’s “Launch,” which is specific to building an online business.

“I wish I would have known sooner that running your business purely on the internet was possible,” Hopkins says.