Will Banks Survive? Inside Financial Tech’s Disruption of the Way You Fund Your Business 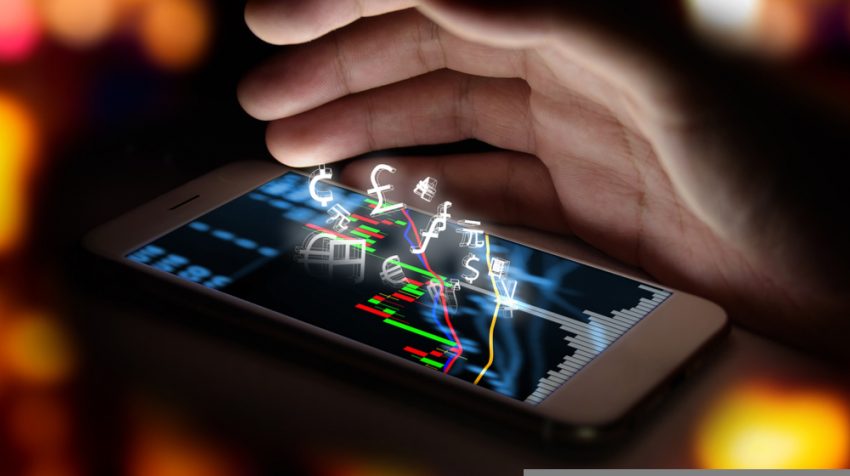 “My six-month-old baby daughter is probably going to open her first bank account, not with an HSBC or a JP Morgan, but rather with a Facebook or Apple.” Financial technology (fintech) aficionado Henri Arslanian believes that in the future, banks will be obsolete.

Instead, people will turn exclusively to solutions such as Facebook or Amazon for their financial needs. He reasons that people are willing to trust Facebook with pictures of their children. And they trust Amazon to provide their daily essentials. It follows that there’s no reason why people wouldn’t also trust these companies to be in charge of their money.

Users are, in fact, already starting to do so since they can now send each other money through Facebook Messenger. This is just one example of how technology is upending the world of finance.

Financial tech changes such as cryptocurrencies are far removed from the lives of the average person. They are little understood at this point. But others are impacting our access to goods and services in our day-to-day lives. As they are doing so, the impact of fintech on business is bringing about some very real benefits, especially to small businesses.

Out of a Crisis, Fintech

As you might expect from its dependence on technology, fintech is a relatively new industry. Arslanian defines it as “the innovative use of technology in the design and delivery of financial services.” Put another way, when advances in technology start changing the way we handle financial transactions, we can call that fintech.

Fintech emerged to fill a gap. In 2008, banks were consumed with dealing with the fallout from the recession. They were unable to adapt their services to advances in technology and to people’s changing expectations. But technology progressed whether they were able to keep up with it or not.

Smartphones became ubiquitous. Consumers increasingly expect to be able to manage any aspect of their lives on their portable devices. This includes work, dating relationships, transportation (Uber), and finances. Fintech arose to meet a need the banks were simply not meeting.

The Impact of Fintech on Business

The cryptocurrency bitcoin is an example of a fintech development that probably doesn’t affect the lives of most people — at least not yet. Created in 2008, bitcoin is entirely digital. No banks or government agencies regulate it, making it potentially groundbreaking for the world of finance.

While most people have probably heard of bitcoin by now, the average man or woman likely has no experience with it and does not really understand what it is.

But many of us have now made payments through Square, a company that enables the processing of credit cards through mobile. Companies are no longer restricted by location.

Credit and debit card payments are no longer limited to one machine that needs to be hooked up in one place. Now business owners can sell their wares anywhere they want to, whether across the world or in a local market.

Another advantage financial tech is providing for entrepreneurs is that it is making it easier for them to fund their businesses. Traditionally, startups had to turn to banks if they wanted loans. But now, through fintech, startups have other options, such as peer-to-peer lending.

Arguably one of the “greatest innovations to come out of the fintech movement, ” peer-to-peer lending is when many lenders contribute a portion of the money to a particular loan. To receive the loan, the business simply pays a monthly premium to the lending platform.

Fintech makes it possible for entrepreneurs to get funding much more simply. They no longer need to go through all the steps required to apply for a loan at a bank (during which a business might get rejected).

Crowdfunding (when a group of people donates money to a particular cause) is another new option for businesses looking for funding apart from a bank. While you do have to pay fees to benefit from crowdfunding, you also don’t have to pay the money back like you do with a loan. Kickstarter and IndieGogo are well-known examples of crowdfunding platforms.

Of course, these solutions are not magic bullets. For example, you can’t decide to crowdfund and then expect people to dump money on you, making your business a success. It’s important to have a strategy for your enterprise. But fintech is nevertheless opening doors that have previously been closed to startups.

As you might expect, uncertainty surrounds the fintech industry. Bitcoin is unprecedented both because it is digital and because it is controlled by users — not banks or governments. But it wasn’t long ago some were arguing bitcoin had already failed. This debate was the subject of an article from The Economist two years back.

It also doesn’t help that for much of its history, bitcoin has been associated with illicit activities, such as purchasing drugs on Silk Road, a former online black market. Yet bitcoin has gained legitimacy over time, particularly as investors have taken interest in it.

In the past several months, bitcoin’s worth has risen dramatically. On May 20, 2017, the price of bitcoin passed a record-breaking $2000.

Could financial technology make banks entirely obsolete? What could happen is that banks will adapt, possibly partnering with fintech companies to meet the needs of their customers.

Even though it failed pretty quickly, a partnership of Wells Fargo and Amazon to offer discounted student loans would be an example of such an adaptation. As one writer points out, “The argument towards fintech being perceived as a disruptor is largely due to the fact that fintech start-ups have the freedom to be a lot more nimble.”

Yes, fintech is filling the gaps left by the banks. But it is quite possible that financial institutions, which have the advantages of greater resources and a longer history, could wise up and take advantage of the innovations fintech is offering.

If they don’t, they are almost certain to become artifacts.

In his Afterword to Neuromancer, sci-fi author William Gibson wrote, “The future, whatever else it may be, is always infinitely, flagrantly, more peculiarly strange than the products of our imagination.”

It is hard to predict what the future of fintech will look like. But there is no doubt that it is already having a significant impact on our monetary transactions. As a result, it cannot help but affect the opportunities available to small businesses.