Create a Standout Marketing Plan with These 3 Innovative Tips 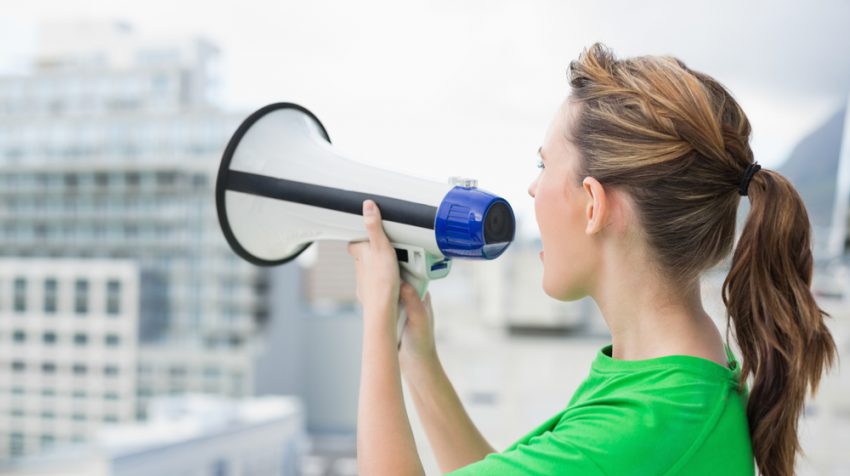 Want your brand to stand out? Stop writing boring 500-word posts on your blog that receives 100 visitors a month. Other than giving your site a tiny shot of SEO “juice,” you really aren’t doing anything positive for your brand. What you really need to do is put yourself out there and make some noise.

Stop Copying Everyone Else

The ease and simplicity of the internet is a double-edged sword. On the one hand, it’s allowed for unparalleled innovation. It’s also enabled people to become successful without needing access to some of the heavily guarded resources and technologies that only large corporations had in the past. The internet has essentially leveled the playing field by enabling anyone and everyone to reach the masses.

On the other hand, the internet has removed many of the barriers to entry that previously existed in the business world. No longer do you have to do all the legwork that goes into building a business from the ground up. There are drag and drop website builders, cheap freelance labor, and social media networks with hundreds of millions of users.

The issue is that both sides of this “sword” are now cutting at the same time. When you study the digital marketing industry, in particular, it’s clear that everything is oversaturated. Because the barriers to entry have been removed, the number of people, marketers, and brands creating content for the hungry masses has dramatically increased.

You have marketing executives from Fortune 500 firms who have spent 25 years studying business competing with millennials with nothing more than laptops and internet connections in their urban lofts.

Some would argue this is good — and it is, to an extent — but the problem is that the vast majority of people in the industry don’t have a foundational understanding of how marketing actually works. Therefore, instead of being creators, these so-called marketers are mimes. They have the tools to be successful but lack a real understanding of how to effectively use these tools. As a result, the majority of those in the industry end up copying what the few are doing.

There’s nothing malicious in the copying. It’s just a natural instinct. On a micro level, it may even seem to be effective. You get a few clicks here and a couple of conversions there. But when you zoom out, suddenly it becomes apparent that we’re operating in an internet-sized bubble where everyone is doing the same things. The result of this lack of differentiation is an inability for brands like yours to make your marketing stand out.

Make Your Marketing Stand Out

Do you see the problem? In an oversaturated market, it’s the little guys that get squeezed out. The bigger brands have enough of a reputation to survive. When everyone is just blending in, brand equity will catapult these brands to the top. This leaves you scrounging around for the leftovers.

It’s time to stop scrounging and start excelling. Create a game plan for how you can make your marketing messages stand out in an internet landscape that’s heavily oversaturated. You’re going to have to think for yourself, but we’ve got a few big-picture concepts to get you started.

1. Be an Early Adopter

Have you noticed recently that some of the social channels you’ve been using seem to be delivering lesser returns? (This may not be the case for you, but it’s a common problem for many.) Facebook, Twitter, and other traditional social media platforms are experiencing serious content fatigue and this is a good time for you to temporarily (or even permanently), seek out some newer channels.

“For entrepreneurs and startups, it pays to be on the leading edge of social media and other marketing mediums. The early adopters are nearly always the most successful participants in these marketing avenues,” intellectual property attorney Robert Klinck explains. “Sure, you will probably invest some time in some avenues that don’t end up going anywhere, but one big hit will be enough to make up for multiple failures.”

While not technically in the early adoption stage any more, platforms like Snapchat and Periscope offer much better avenues for visibility. They also encourage greater creativity in order to be successful. You can’t just create a clickbait blog post and call it a day. You actually have to dig in and get creative, which will force you to become a better marketer.

Traditional content is dead. In other words, you can’t just write a clever headline, develop an opening, slap three or four paragraphs in the body, and then tie everything together with a nice, neat conclusion. The average human attention span is now down to 8.25 seconds. Considering that it takes roughly five minutes to read an average 500- or 600-word blog post, this means we, as marketers, face a distinct disadvantage when it comes to engaging readers.

You must learn how to reach through the screen and grab your audience’s attention from the very moment they’re exposed to a piece of content. For a blog post, this means spending just as much time coming up with the headline as it takes you to write the post.

For a video, it means nailing the opening frame and giving the viewer a reason to stick around past the 10-second mark. For an infographic, it probably means selecting a compelling color scheme that stands out from afar.

It’ll require more time and energy on your part to create content that stands out, but there’s value to be harvested from such an investment. Quality is far better than quantity in today’s internet marketing landscape.

The irony of the current marketing industry is that brands have more access to customers than they’ve ever had in the past. Yet, despite this, customers are less interested than ever in directly dealing with these brands (at least in a marketing sense). Millennials, in particular, are largely distrustful of brand messaging and would prefer to tap into their own networks for social proof and advice.

When explaining why consumers trust recommendations from a third party more than from the brand itself, marketer Kristen Matthews does a good job of making the issue relatable.

“You don’t usually trust a person at a cocktail party who comes up to you and brags about himself or herself and spouts fun facts about his or her personality to convince you to be a friend,” Matthews says. “But you often believe your mutual friend who vouches for that person. An influencer is the mutual friend connecting your brand with your target consumers.”

The thing about influencers is they don’t always fit the mold you might expect. They tend to be average people with gregarious personalities and large personal networks who are interested in talking about a subject that interests them. By connecting with these folks, you gain direct access to their followers — who just so happen to be your customers.

It can take a while to build relationships with the right social influencers, but make some time in your daily schedule to create movement in this area. It’s not something that will happen over a single email or interaction. Months of hard work usually go into forging these relationships.

Do What Others Aren’t Willing to Do

At a conference where he was speaking, marketer John Jantsch was recently asked to explain the secret to success in the industry. Despite being blindsided by the question, Jantsch knew he had the answer.

“My answer wasn’t a secret so much as a truth — the secret to success is to be willing to do the things that others aren’t and be prepared to do them for a really long time,” Jantsch explained.

While that isn’t the sexy answer — and probably not the one the conference attendee was hoping for — it’s the truth. You can’t just copy what everyone else is doing and then wonder why people aren’t being receptive to what you’re throwing at them. In reality, your actions say that you’re just hoping to blend in.

Want to make your marketing stand out in a way that resonates with people and gets your brand noticed? Do what others aren’t willing to do. Seek out unique avenues. Learn how to align yourself with the right people. Create stellar content that you’re proud to attach your name to. These things may not be easy, but they work. That’s what it all comes down to. If you want to stand out, you’ve got to know when to blaze your own trail.