Sneaky Negotiation Tricks Are Your Worst Enemy: Here are 5 You Must Defeat 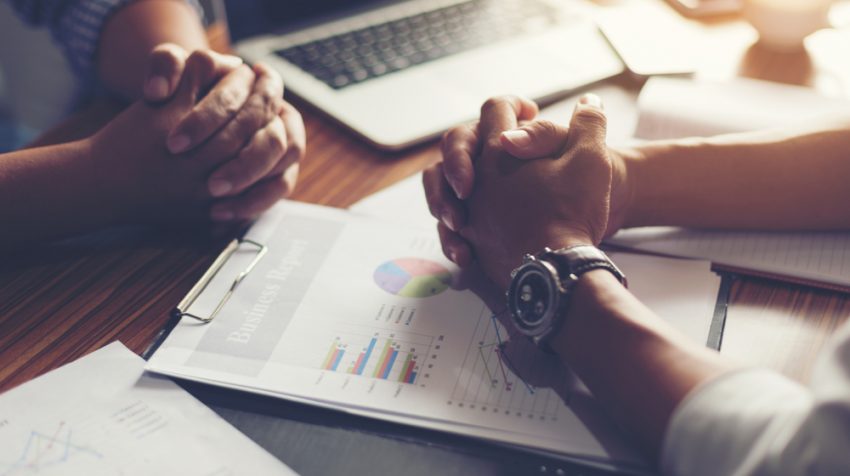 Negotiating is a skill every small business owner needs to master to be successful. If your confidence was rattled the last time you worked out the terms of a new deal, you’re not alone. You might have been the victim of sneaky negotiating tactics designed to undermine you.

Small Business Trends spoke with Simon Letchford, Managing Director, and Brian Buck, Negotiation Consultant, from Scotwork. Their business is teaching the art of negotiation. They shared five sneaky negotiation techniques you can spot in business and how to overcome them.

Letchford says everyone wants to stay in control of any negotiation. That means learning to recognize what he calls programmed behavior and not doing anything to foster it.

He uses the example of a child that throws a temper tantrum and gets a bag of candy from his parents to placate him . Adults unconsciously learn a series of behaviors they use to similar ends.

“So, staying in control means not rewarding the behaviors you want to see less of,” Letchford says.

Of course the trick is in being able to identify these behaviors — some are programmed and others are deliberate.

“We see this a lot where someone is passing their problem onto the other party,” Buck says. This is a ploy where one person blames the other for a businesses related issue and looks for compensation.

“Not all problems are real by the way,” Buck says. The trick is to understand this blame game is designed to get concessions and not feel guilty. Don’t offer a series a fixes when someone tells your prices hurt their client base. Instead, ask them right away what you can do to right the situation.

“That way you’re giving the responsibility for the solution back to the individual,” Buck says. Volleying it back this way helps to keep the negotiation geared to business issues and not emotional ones.

This might be a bit of a cliché from police shows, but it works on inexperienced negotiators according to Letchford. This is highly effective when only one of the players is in the room at a time, he said.

This often plays out where the good cop wants to meet your price or take advantage of your offer but needs to confer with the bad cop who may be the boss.

Resisting this sneaky technique goes beyond bucking up against it.

“It’s in your interest to get an early lead on who the decision makers are and what the approval process is,” Letchford says. He also adds it’s good to deal with the bad cop first.

It’s the very nature of negotiating to try yo get something for less. The person across the table will look for the issues they feel they have the most leverage on. These could include price, quality or a variety of other factors.

“They’ll try and use that to extract the most value from you,” Buck says.

The trick to maintaining control is to turn the tables and discover your adversary’s priorities. If they focus on your price and you know time to market is important to them, you have a starting point to trade lower priority items for higher ones.

For example, you might be able to get more money for your widgets if your client wants them to arrive overnight. Buck explains the advantage here.

“It’s about giving the other party what they want with terms that are acceptable to you.”

If you’re well prepared this way, there’s usually a way to say yes to a deal.

Any successful negotiation should be unemotional. One of the biggest sneaky tricks is using aggression. It’s an overarching theme that’s found in each of the others.

See Also: 5 Tax Issues You Must Resolve Before Year's End

“It’s a bullying tactic that’s meant to keep the other party off balance,” Buck says. Staying, calm and being well prepared goes a long way. Recognizing these sneaky negotiating techniques for what they are is best accomplished with a cool head.

Rob Starr is a staff writer for Small Business Trends. Rob is a freelance journalist and content strategist/manager with three decades of experience in both print and online writing. He currently works in New York City as a copywriter and all across North America for a variety of editing and writing enterprises.
11 Reactions
Subscribe
Follow @smallbiztrends
RSS LinkedIn Pinterest iTunes