In the News: Google Talk Shutting Down, WordPress Looking for Input 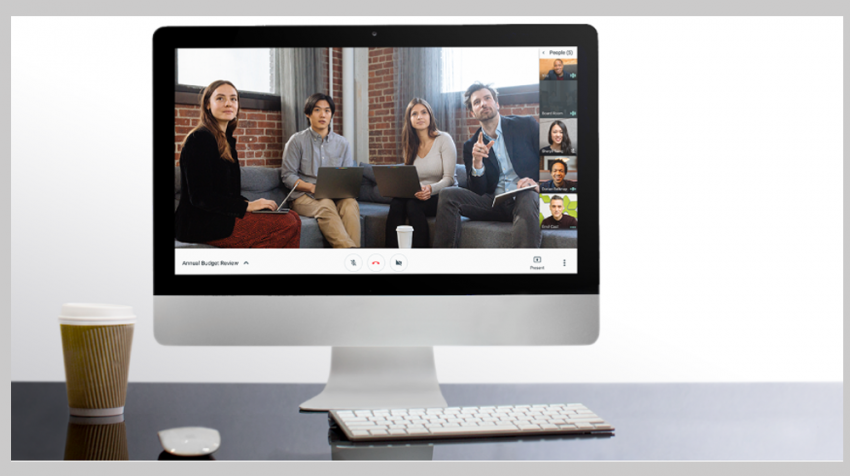 Businesses that use instant messaging to communicate with team members or collaborators may be familiar with Google Talk. But that service is shutting down this month as Google makes the transition to Hangouts.

And there’s another popular service that’s getting an update in the coming weeks. But the next WordPress release might not be ready just yet — the company is still looking for input from users.

Read on for more about these items and other small business headlines from the past week in the Small Business Trends news and information roundup.

Bye Bye Google Talk: What You Need to Know About Transition to Hangouts

Google (NASDAQ:GOOGL) is axing its much-loved instant messaging service Google Talk on June 26 in favor of Hangouts. In an official update, Google said that Talk users will automatically be transitioned to Hangouts “unless contractual commitments apply.” Bye Bye Google Talk, Hello Hangouts Google Talk first started in 2005 and has over the years grown in number, registering about 7.

Chefs have been saying, “You eat with your eyes first” forever. It essentially means, if the food looks great you are more likely to try it. To prove that point, all you have to do is look at great images on a food social media site on Instagram and elsewhere before you start salivating.

88 Percent of Apps Dumped Due to Glitches, Survey Says

After spending a significant amount of time and money to build an app for your business, the last thing you’d want is for users to uninstall it. But that’s a real possibility if people experience bugs and glitches when using your app.

The U.S. Small Business Administration (SBA) earlier in May reported that the federal government is meeting its annual targeted goals of awarding small business contracts. However, the feds missed the mark on contracts awarded to women entrepreneurs. 2016 Small Business Procurement Scorecard U.S.

Is Washington really listening to small businesses? U.S. Sen. James Lankford was on Capital Hill recently talking to colleagues about the challenges these small businesses face thanks to government regulation. Lankford recently introduced the Small Business Regulatory Flexibility Improvements Act. It has since passed through the committee stage.

Even though the American Health Care Act isn’t law yet, there’s hope from small business owners that the mandates imposed by the Affordable Care Act might soon be a thing of the past. Small Business Trends caught up with Willie Degel, a NYC restaurateur and former reality television star on the Food Network’s Restaurant Stakeout.

5 Faces of the Gig Economy: New Study Reveals All (Infographic)

The gig economy is growing at a pace faster than some might have imagined. And driving it forward are freelancers who are redefining the modern workspace. Not all of these people are gravitating to freelancing for the same reasons. A new infographic created by LinkedIn ProFinder and Intuit (NASDAQ:INTU) reveals there are five different types of freelancers in the gig economy today.

Did you know there’s an alternative to the traditional route small businesses take when looking to get healthcare for their employees. You can pay an insurance premium to an insurance carrier and transfer the risk of covering any claims. However, there is a viable substitute. “Self-insurance is an alternative,” says Mike Ferguson, CEO of the Self-Insurance Institute of America.

Diversifying your small business’s offerings can be a great way to bring in extra income and protect your business from prolonged slumps. But when adding new products or services, you have to find something that makes sense based on the resources and customer base you already have.

After introducing Promoted Video ad units last August, Pinterest is adding autoplay on those ads . This new format of video plays as soon as you scroll across your feeds. They also autoplay in the platform’s search results.

Republican leaders in the House of Representatives have abandoned a plan to repeal debit card swipe fee reform passed during the Obama administration. Retailers say the swipe fee reform has saved them and their customers more than $40 billion, and brought badly needed competition to the payments market.

It’s staggering but true statistic. Eighty-three percent of eCommerce customers never buy the stuff in their cart. The statistic came from a study conducted by Yahoo’s Aabaco Small Business. The study involved analyzing the habits of five million online consumers. It found that 250,000 shoppers added products to carts but 83 percent didn’t complete checking out.

Campbell’s Soup released their quarterly earnings decline and sinking sales figures Friday, and warned that the company’s 2017 sales figures could take a dive as a result. The company recently boosted its advertising campaigns, but Reuters reports that a decline in consumer demand for condensed soups, broths and juices hurt sales.

More people are working remotely, and the 2017 Gallup “State of the American Workplace” report and survey revealed as much. According to the survey, 43 percent of employed Americans spent some time working remotely. In a world where collaboration and teamwork is now the modus operandi of many organizations, this might present some challenges.

Since 1990, U.S. businesses have sent 85 percent of their manufacturing and other operations overseas as a way of cutting costs. But Kangol is doing just the opposite. The popular hat brand actually recently brought its manufacturing operations back to the U.S. from China. This move hasn’t come without challenges — namely, the cost of labor.

Kauffman Index: Percentage of Older and Immigrant Entrepreneurs On The Rise

A growing number of older and immigrant people are discovering a passion for entrepreneurship. That’s according to a new study (PDF) by the Missouri-based non-profit Ewing Marion Kauffman Foundation. Findings from the 2017 Kauffman Index Older Adults Form a Growing Segment of the U.S. Entrepreneurial Population According to the report, entrepreneurs aged 55 to 64 made up for 25.