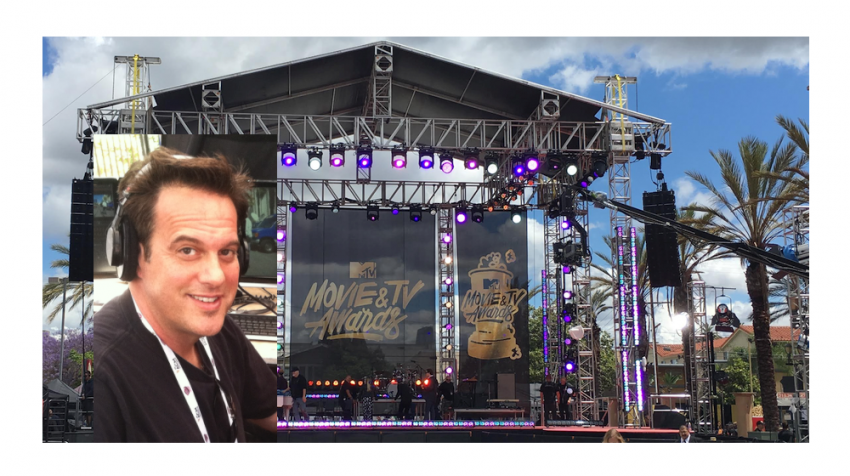 Cheaper and better — it’s a combination every small business owner loves hearing, but researching reliable B2B products or services to genuinely make tasks cheaper and better is far from easy. Overwhelmed by the time required to do research, small businesses will do DIY experiments with what’s affordable in video marketing. But ultimately, low-quality video and wasted time make those low-budget decisions feel even worse.

However, experienced professionals in the video industry know that “cheaper and better” options do exist, and more importantly, they know how to make them a reality. Small Business Trends spoke with Brian Sheil, a video pro with 30 years of ups and downs and scary moments in business and creating content.

Sheil has built a career as one of the most diverse content creators in streaming video. He has worked on live webcast productions for the American Music Awards, MTV, VH1, the multi-network Stand Up To Cancer concert, and worked as a featured comic and emcee at the Comedy & Magic Club in Hermosa Beach, California.

NewTek TriCaster is His Secret Weapon

Sheil has also produced original content directly for YouTube and Hulu. Another of his businesses, Entertainment Services LA, is one of the most in-demand for live content production. His mastery of NewTek’s TriCaster is a big reason why. As one of the first Certified NewTek TriCaster Operators, his tech skills let him level up as a content creator, and allowed him to pursue opportunities both in front of and behind the camera. Understanding the benefits of the NewTek TriCaster, Sheil is active in the TriCaster community, sharing technical knowledge and industry tips. His production expertise has helped shows like My Ghost Story, Dismissed, Date My Mom and Ridiculousness.

Small Business Trends: Every successful small business has a secret weapon and from what you’ve told me, it sounds like NewTek products are yours. Is that accurate?

Sheil: Yes, NewTek looks at what the broadcast industry is doing and they find a cheaper and better way. People like me and other small business owners can do their own video production at reasonable costs thanks to NewTek. I rent my TriCasters out for productions like the Nickelodeon Kids’ Choice Awards. In 2017 alone, I’ve done tons with Viacom including three Comedy Central live streams, two VH1 live streams, three Logo live streams, the MTV Movie Awards and Nickelodeon. I provide all the TriCaster people to Viacom studios in Los Angeles and New York. I own four TriCasters.

Small Business Trends: So production is your wheelhouse, but you also have a show and you had a comedy club? And why did you say the club would’ve went out of business if you didn’t have a good working knowledge of TriCaster?

Brian Sheil: Yes, West Coast Comedy is a show and it was on Hulu for a year. It was born in the Ventura Harbor Comedy Club which has a TriCaster in it. There are 200 recorded shows now, and that was only possible because I put a TriCaster inside the actual club.

In 2008, we met the recession pretty hard. Back then, the economy would’ve closed our doors if the Hulu money didn’t come in. Our YouTube page called Stand Up Bits was licensed back when Google started paying channels. If that money didn’t come in, we wouldn’t have been able to keep the nightclub open.

That revenue also paid for TriCaster three times over. TriCaster allows you to hook all the cameras up to the switcher with titles and graphics and play back video while streaming it out live while recording your line cut. I’m saying this to emphasize how it reduced post-production and how it reduced the need for paid editors, because everything’s recorded in the TriCaster with isolated tracks, so any fix becomes an easy fix. It’s jaw-dropping to think my business and my livelihood are great because of one piece of equipment, the TriCaster. The founder of NewTek, Tim Jenison, has always been ahead of the curve. Even in 2017, I notice NewTek is still ahead of the curve and leading in new fields too.

For example, there’s a NewTek machine called 3Play. I never wanted to get into it because I thought: ‘I have enough to keep my brain occupied with the TriCaster 8000.’ I’ve lived the 8000, 850, 860 and others and so I never wanted to touch 3Play. I had some awareness of what it was for, but I still didn’t want to touch it. Today I have operators with 3Play expertise doing video game broadcasting with Blizzard Entertainment — you might’ve heard of that brand through World of Warcraft and similar games — but because I have no personal interest in gaming, I wasn’t aware that hundreds of thousands of people watch livestreams of games without even playing it. In other words, I didn’t know a viable business would be the result of owning a 3Play because I didn’t think video games in broadcasting would ever happen, but I was wrong. This is an example of NewTek being ahead of the curve. A gaming company renting my NewTek 3Play for a full year will pay for the cost of the 3Play six times over.

Small Business Trends: How do you hire true video experts? Many small businesses don’t know who to trust, or even know the right questions to ask. For them, it’s terrifying to know that one bad hire can result in long-term losses.

Sheil: Fifteen years ago when I started using TriCaster, live streaming was secretive. Even if you tried to look behind the curtain for the Wizard of Oz, it didn’t happen. And because that was the culture, it was extremely difficult to find the right people. Today, things are better. On the NewTek website, you’ll find a directory of Certified TriCaster Operators. It’s a list of people who studied for and passed TriCaster tests. The tests are from NewTek and intentionally very hard.

I was the second person to get TriCaster Certified in Los Angeles, and that was five years ago. And even as confident as I was, it was a hard test to study for. You need to know what you’re doing blind. Also, it’s not just a one-time thing — you have to get re-certified — that’s how serious NewTek is about operators being professionals. Another tip for hiring: the best people I find also have rental house experience. If someone wants a solid job in live streaming production, I’d tell them to study to get TriCaster certified and they’ll have a career.