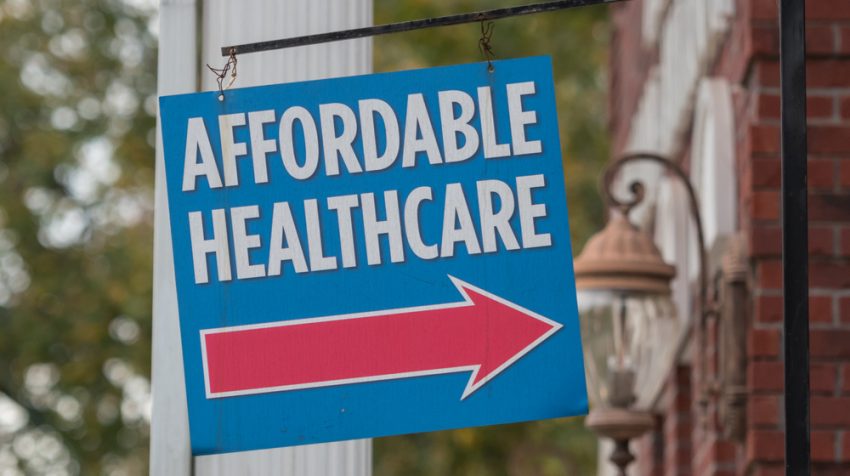 Even though the American Health Care Act isn’t law yet, there’s hope from small business owners that the mandates imposed by the Affordable Care Act might soon be a thing of the past.

Small Business Trends caught up with Willie Degel, a NYC restaurateur and former reality television star on the Food Network’s Restaurant Stakeout. He was upset by the fact Obamacare mandated things that affected small business generally and restaurants specifically.

Degel, who is the owner of New York’s Uncle Jack’s Steakhouse, had to hire an administrative employee to cover the implementation of Obamacare.

“Every action has a reaction,” he said recently. “That regulation (Obamacare) is stifling. We needed to open up the gates a bit.”

“Under Obamacare, it was like we had to look after our employee’s healthcare. It was like I was responsible for it,” he said, adding the process involved taking the time out from their  work routines to make choices about the kind of healthcare employees wanted and then implementing them through payroll. Degel noted there was a large financial outlay.

“Administratively, it’s a huge burden,” he said. There’s ample evidence to support his claims that goes all the way back to a Washington Times report from December of last year speaking to how the administrative and monetary weight of Obamacare even bankrupted one downtown hotspot in Fort Worth.

Frankie’s Sports Bar and Grill placed the blame for its closure on the penalty that would have been levied on them of between $200,000 and $300,000 for not supplying healthcare to their employees. The establishment had been a long time and popular eatery for watching Texas Christian University and Dallas Cowboys football games. Instead of over 50 people getting healthcare as Obamacare mandated, the same amount lost their jobs.

Next Step for AHCA

The American Health Care Act passed the U.S. House of Representatives by a slim margin of 217-213 on May 4.

If it gets through the Senate, it goes to the President’s desk and should be signed into law. The bill will allow small businesses generally and restaurants specifically to provide healthcare coverage as a benefit. In theory, the act doesn’t take away the mandate to provide coverage for any small business with 50 or more employees, but there will be no penalties levied for not providing policies.

In other words, the mandate won’t be enforced even though it will remain on the books.

However, having Obama-era healthcare prerequisites that aren’t enforced  under the AHCA should still lower costs for small businesses who want to cover their employees.

Under the new act, employers will not need to provide limitless Essential Health Benefits like emergency room visits.

But until the current healthcare legislation is officially repealed, some restaurants are still under threat, critics say.

Even in the days immediately before the election, in a November 2, 2016, interview on Fox News, CKE Restaurants CEO Andy Puzder pointed to the fact Obamacare was hurting the restaurant industry. An those damages are over and above the administrative costs.

He pointed to the Obamacare employer mandate as responsible for eight restaurant chains going bankrupt and said one of the direct causes was the increasing individual premiums that left less disposable income in people’s pockets.

The last word goes to Degel who currently operates three different restaurant types with plans to expand into airports and shopping malls.

“Don’t get me wrong,” he says. “I believe people should have a better quality of life, but it’s not up to me as a businessman to be burdened with the costs and control of their healthcare.”