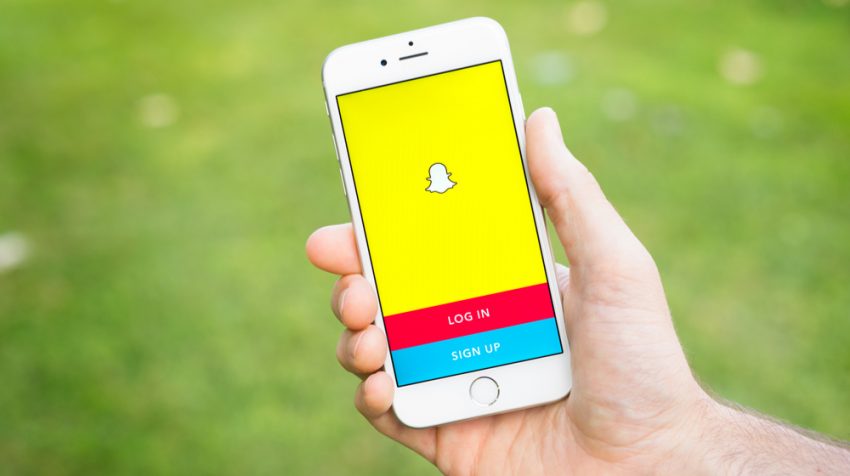 Social media can be an extremely powerful tool for small businesses trying to convince customers to buy their products. Under that umbrella, advertising on social media can make it even easier to reach a wider range of potential customers. And this week, social media advertisers got some welcome news in the form of a new self-serve advertising option from Snapchat.

But you don’t always have to pay in order to see results on social media. In fact, a recent study found that Facebook video can be a very persuasive format. Learn about these headlines and more below in this week’s Small Business Trends news and information roundup.

The new Snapchat (NYSE:SNAP) self-serve ad manager will simplify the purchase of video Snap Ads so businesses of any size can participate more easily. Before the introduction of Ad Manager, ads could only be purchased on Snapchat through its sales team or third-party ad tools built on the Ads API for a fee.

Is Facebook (NASDAQ:FB) video part of your digital marketing strategy? If not, it’s probably the best time to rethink your approach. New data reveals a large number of consumers (64 percent) say watching a marketing video on Facebook has influenced a purchase decision.

Instagram Likes Sold from a Vending Machine? A Bad Idea Gets Even Worse

You can now buy “likes” for your Instagram account at vending machines in Eastern Europe. But buying likes hasn’t been a good idea for small businesses before. And it doesn’t get any better when you buy about 200 of them from vending machines in a subway.

Nearly 3 of 5 small business owners (58 percent) currently approve of the job President Donald Trump is doing but really need his domestic agenda to be put into place. That’s the finding from the first Survey Monkey/CNBC quarterly Small Business Index.

Why Small Business Owners Should be Watching Puerto Rico

Residents of Puerto Rico voted to become the 51st state in the Union Sunday. That doesn’t necessarily mean it will come to pass. But if it does, it could lead to some interesting opportunities for businesses large and small. In the referendum, 97 percent of voters supported statehood. But only 23 percent of Puerto Ricans actually participated in the vote.

One in 10 LinkedIn Profiles is a Complete Lie, Study Finds

Looking to fill a job vacancy on LinkedIn (NYSE:LNKD)? Maybe you want to grow your business network on the professional social networking platform? LinkedIn Profile Lies Well, consider a new study by LendEDU, an online marketplace for student loan refinancing, which found one in 10 of the profiles there are complete fibs.

The International Franchise Association (IFA) has applauded rolling back the Obama-era joint employer standard that determined individual franchisees, many small business owners, could be considered “joint employers” with larger corporations. The response came after the U.S.

Fundbox, the platform providing small businesses credit of up to $100,000 dollars, has announced Direct Draw. This new offering allows small businesses to apply without using personal credit using just a business bank account. The new advance is possible because of the company’s investments in artificial intelligence (AI) and its Small Business Graph incorporating 12.

How 7 Changes at the SBA Would Boost Small Business Lending

Small business owners have money on their minds. A new survey by New Jersey-based TD Bank (NYSE:TD) reveals 21 percent of small businesses have sought or will seek a loan or line of credit. Most of them (72 percent) will approach their primary bank.

Business Owners, Want to Help the IRS Create Its New Website? It Will Only Take 7 to 9 Minutes

The U.S. Internal Revenue Service (IRS) is asking for feedback to build its new website. The website hasn’t been created yet, and taxpayers, including small business owners, are being asked to provide feedback on a proposed design of the homepage.

Too Political? You May Be Turning Off Customers, a Study Says

The results of the November 2016 election have inspired many Americans to take a stand either for or against the Trump administration’s policies. From Hobby Lobby CEO David Green who has outspokenly supported the president to Nike President and CEO Mark Parker who emailed employees expressing opposition, many corporations are taking a stand, too.

Yellow Pages (YP) has been connecting businesses and customers for decades, and the launch of the new ypWebsite Pro looks to continue on this path by making websites more efficient. The ypWebsite Pro solution helps local businesses achieve top rankings on the biggest search engines, including Google, Bing and others.

For consumers that want to live sustainable lifestyles, having an actual home that’s sustainably built is a must. But if there are some areas where finding homes that are both sustainable and modern can be tough. But if you’re in the Catskills area of New York, there’s a company that aims to provide both of those types of homes in one.

Warning! Ransomware Attacks Against Businesses Up 500 Percent In Some States

A new report from Malwarebytes released today shows a dramatic increase in the number of malware attacks U.S. small businesses face.  In fact, 90 percent of small to medium sized businesses reported increased malware detection in Q1 2017 over Q1 2016. A 500 percent increase in ransomware alone was detected in March of this year in ten states.

If you’ve spent any time on social media in recent years, you’ve come across your fair share of GIFs. But the popular file format isn’t just a fad. In fact, GIFs have now been around for 30 years. GIF was developed by software writer Steve Wilhite in June 2017. GIF stands for graphics interchange format.

Need a Printer on the Go? Here’s ZUtA!

As a business owner you have undoubtedly experienced the need for a portable printer. How many times have you been on the go and needed just one quick document printed out? The first mini robotic printer was designed with this in mind. Designed by ZUta Labs, the uniquely shaped printer takes the portable printing concept to the next level. At only 10.2 x 7.

Only 5 Percent in North America Own a Virtual Reality Headset

There has been a lot of talk about virtual reality (VR) lately, but you may want to put your company’s VR project on the back burner — at least for now. A recent study shows only five percent of people in North America own a virtual reality headset. Yep, just a small percentage of people can fully take advantage of this technology.

Wacom (TYO:6727) has introduced a new digital clipboard known as the PHU-111, which is basically a “smartpad” that converts ink and paper input into digital text in real-time saving businesses a lot of time and money that they would have lost when trying to digitize customer information.

Got BizBots? Here’s How to Use These New Tools from Bing

We don’t cover search engines other than Google too frequently on this blog, but an exciting new update has worked its way into the lineup: Bing has launched bots for local businesses. Bots have become more common and widely talked about in recent years, especially in terms of how they can be used for search.

Researchers are currently working on training drones for a variety of different scenarios that could potentially apply to businesses. More specifically, researchers are working on perfecting multi-robot systems. This would allow a person or company to control more than one drone at one time on a single system. So users would be able to cover more ground in a shorter amount of time.

Amazon (NASDAQ:AMZN) is the latest company to ax unlimited cloud storage following other large storage services, including Microsoft’s OneDrive. The company announced it will no longer offer unlimited storage plans, instead opting for only two tiers. Small businesses have been using Amazon’s storage and cloud services because of the availability it provides.