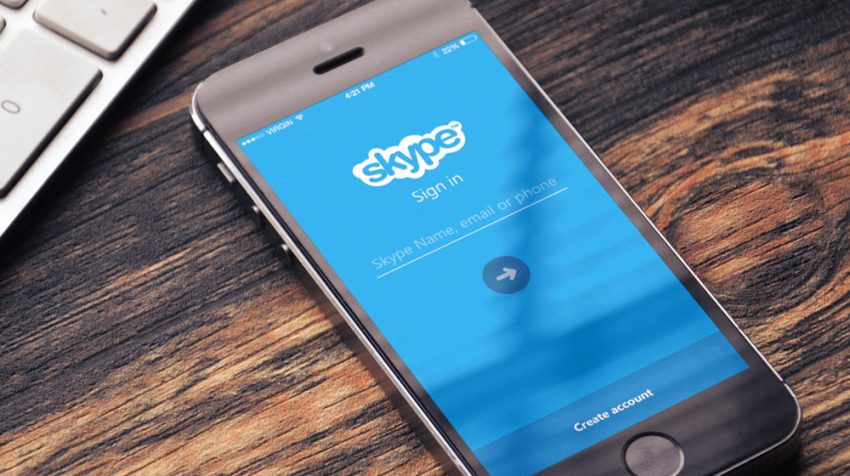 Among the many tools you use for your small business, you probably include some big names like Skype and Xero. And both of those products got updates recently that could impact how small businesses use them. Read on for more on those updates and other headlines in this week’s Small Business Trends news and information roundup.

Skype Gets a Facelift! How Will the Big Redesign Change Your Business?

Microsoft (NASDAQ:MSFT) has launched a new and revamped Skype featuring a host of new features that are obviously inspired by messaging rivals such as Snapchat and Messenger. That basically means that the Microsoft application now features a redesign that puts the camera only a swipe away as well as a Stories-like feature dubbed “Highlights.

The New Zealand based company Xero (NZE:XRO) has announced a series of enhancements to its recurring jobs feature. The recurring jobs feature allows users of Xero’s software — including accountants and bookkeepers — to create jobs that recur regularly for the same client making it easier to keep track in their records for workflow and billing.

Would Your Business Buy a Waymo Self-Driving Truck — If Google Builds One?

Google (NASDAQ:GOOGL) was recently in the news after a massive phishing attack targeted millions of Gmail users. The search engine giant has now announced some new features to boost data security. In an official blog post, Google introduced updates aimed at businesses that use Google’s G-Suite.

Android Pay, eh? Yes, the Digital Pay Solution Is Being Rolled Out In Canada

Canadians now have a faster and simpler option to pay for their purchases. Android Pay is now officially available in Canada. In an official blog post, Google (NASDAQ:GOOGL) announced the mobile wallet’s latest expansion. Contactless Payments For Canadians Android Pay in Canada accepts MasterCard and Visa.

BlackBerry KEYone Arrives — Finally — But Should This Be Your Next Business Phone?

The BlackBerry KEYone announced in February is finally here! The new device missed a projected April release by one month. TCL Communication, the global smartphone licensing partner of BlackBerry Limited, announced the new BlackBerry KEYone’s official availability in the U.S. beginning May 31, 2017.

Less than 50 Percent of Businesses Use Targeted Email Marketing Techniques

While there are many benefits of email marketing it can be a double-edged sword. That’s because it’s easy to annoy potential customers (i.e. leads) with irrelevant emails. And, once annoyed, they’ll unsubscribe and it’s hard to win them back. Happily, there’s one email marketing technique that can help keep you from annoying your leads: targeted email marketing.

Coming on the heels of launching Facebook Ad Campaigns in MailChimp, the email marketing service provider has followed up with Instagram Ad campaigns. Now, you can create ads to reach your audience on Instagram, Facebook, or both in a few steps directly from your MailChimp account.

Chinese Airbnb Competitor Shows the Power of Knowing Your Market

When it comes to vacation home rentals, it seems like no one can really beat Airbnb. But that’s not the case in China. A Chinese startup called Tujia is growing quickly in that market, currently worth more than $1 billion. And it’s succeeding thanks to some unique features that are specific to the Chinese market.

Walmart (NYSE:WMT) just developed a vending machine for groceries. And it thinks it can do the same for other retail items as well. Walmart Self-Service Vending Machine for Groceries The automated kiosk is currently being tested in Oklahoma City. Basically, customers purchase their groceries online.

New Specs Coming to Google Shopping Feed, But What is It?

It is that time of year again when the changes to the Google Shopping Product Data Specification are announced. And for 2017, Google (NASDAQ:GOOGL) wants to improve the user experience by providing more information on minimum order value, shipping-related attributes and handling time. If you don’t know what the Google Shopping Feed is, read on.

LogMeIn (NASDAQ:LOGM) has announced what the company calls “a new and improved” GoToMeeting integration with Salesforce (NYSE:CRM), which is basically an integration of two tools that many business professionals and organizations use on a daily basis to manage leads and meet with prospects.

Managing email communications can be a time-consuming task for business owners and busy professionals. But Timyo is a small business that aims to make that task easier. The company provides a solution that focuses on cutting down the time you spend going through emails. Read more about the solution and the company behind it in this week’s Small Business Spotlight.

June is national safety month. It’s a good time for small businesses to take another good look at their safety records and procedures.  A. Duie Pyle, a northeast trucking company, is an excellent example of how good safety policies work. Over the last three years, the company has improved its injury and accident rates 52 percent and 23 percent respectively.

The U.S. Supreme Court recently handed down a ruling stating companies cannot use patent laws to stop other businesses from refurbishing and reselling their products. The ruling in Impression Products v. Lexmark International, No. 15-1189 (PDF), puts new limits on some businesses’ abilities to prevent their products from being resold at a discount on grounds of patent violation.

71 Percent of Mompreneurs Are The Primary Childcare Provider (INFOGRAPHIC)

Being a mom is no walk in the park, especially when you’re also an entrepreneur. A recent study reveals 71 percent of mompreneurs still serve as the primary childcare provider. They regularly put in a “second shift” after kids go to bed. They are also more likely to sacrifice working out and socializing over missed family time.

GoDaddy (NYSE:GDDY) is sponsoring 13 episodes of the new “Steve Harvey’s Funderdome” seed-funding competition show on ABC premiering June 11. In addition to being a sponsor, the company is extending its support for small business inventors with expert coaching to help contestants.