How Does Your State Stack Up for Small Business Loan Approval? Study Reveals More 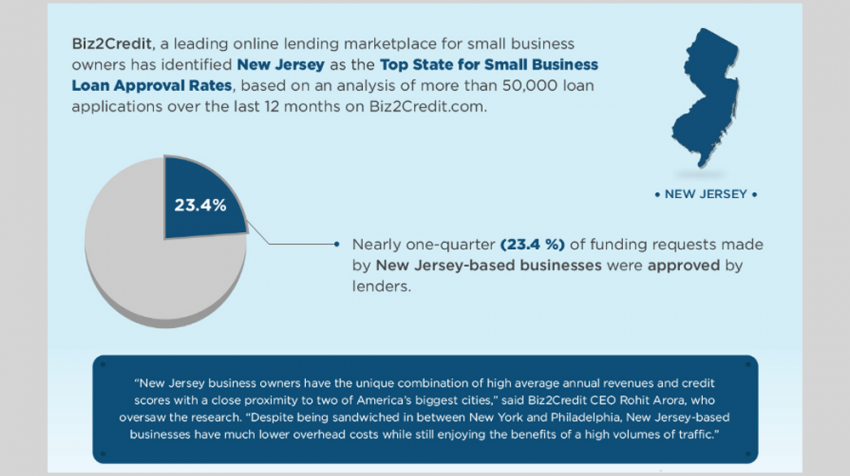 The report found nearly one-quarter (23.4 percent) of funding requests made by New Jersey-based businesses were approved by lenders.

New York-based companies came in second in the report with approvals on just under one-fifth (19 percent) of loan requests.

The study examined over 50,000 loan applications in the last 12 months.

“Despite being sandwiched in between New York and Philadelphia, New Jersey-based businesses have much lower overhead costs while still enjoying the benefits of a high volumes of traffic.”

Illinois Comes as a Surprise

“Despite recent reports of Illinois having the lowest credit rating of any state, the Midwestern hub was very welcoming for business owners seeking financing,” said Arora. “It’s booming technology sector, which does not have close ties to the state, is driving the economy.”

Doing Business Still a Challenge in the Garden State

Although it’s easier to secure funds for your small business if you are in New Jersey, doing business is still quite difficult.

A recent study conducted by WalletHub found New Jersey to be the state with the worst business environment for startups.

10 Best States for Getting a Small Business Loan

According to the Biz2Credit report, the top 10 states by loan approval rates are:

Check out this infographic from Biz2Credit highlighting its findings: