Secrets Your Business Coach Never Told You About the Cannabis Industry 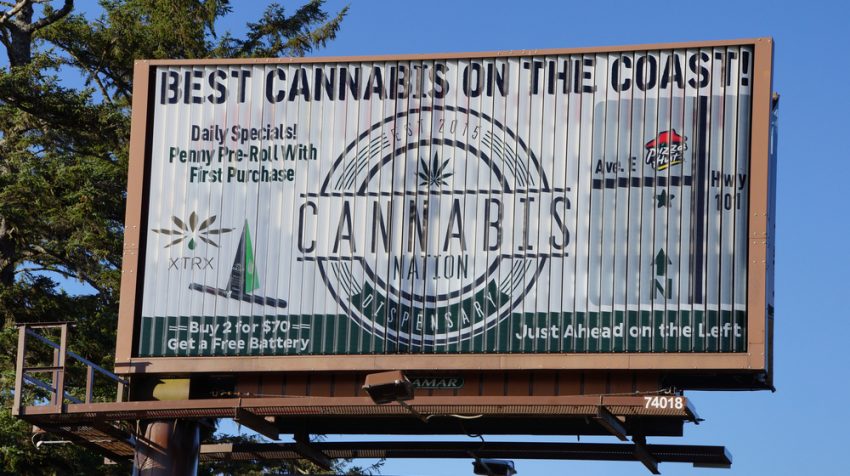 The cannabis industry is this generation’s version of the wild west. Instead of covered wagons and an Oregon Trail, intrepid entrepreneurs are diving headfirst into an industry that is evolving at the speed of light.

The rapid pace of change is surprising, considering the product’s prohibition in the United States dates back to the Marijuana Tax Act of 1937. It took nearly 36 years for Oregon to become the first state in the Union to decriminalize cannabis. And today, 29 states (including the District of Columbia) allow cannabis to be used legally — either recreationally, medically, or both.

Creative, Consistent Promotion of a Powerful Message Pays Off

One of the key ingredients to the recent trend towards legalization in the United States has been a herculean effort by an alliance of Political Action Committees, concerned citizens, and industry leaders in educating the population and fighting burdensome regulations in the courts.

Marketers in every industry should be paying close attention to how the cannabis industry has gained real traction in an uphill battle, against a variety of powerful opposing forces. There are several lessons to be learned – which can be applied to almost any marketing campaign.

Gain Influence by Engaging and Recruiting Powerful Voices to Your Cause

Influencer marketing, even for weed, is a powerful weapon. The reason it turned into the magic bullet for the cannabis industry is that it side-stepped regulations; “Even in Colorado, where recreational marijuana use is legal, you have to prove that more than 70 percent of a TV station’s audience is over 21 to have your ad legally considered.”

How Do You Engage Influencers?

In the industry, you’ll hear the term “Try or Buy”. This refers to the practice of allowing prominent individuals (someone with more than 100,000 legitimate online followers) to experience your product — usually a free sample.

If that doesn’t result in a meaningful conversation or shout out, the next step is to offer them a cross-promotion deal. In return for their sharing your message with their followers, you’ll allow them to post an approved message on one or all of your channels. This method usually involves little to no financial cost.

Finally, if all else fails, it’s time to offer a financial incentive for their help. It’s important to understand that the cost of this tactic is generally far less if the individual is already a passionate believer in your cause.

Kissmetrics has an excellent in-depth guide to influencer marketing that I highly recommend for beginners.

All Press Is Good Press

Another advantage that the cannabis industry has successfully leveraged is the old saying: “All press is good press.” In other words, even when someone is speaking out negatively against your product or service, the public consciousness is still being raised to the fact that your brand exists.

Brand and product recognitions is invaluable. And there’s certainly a bump from the “rebel factor”. If a population is told they shouldn’t, or legally cannot use your product, a percentage of the group exposed to the message will feel that the opportunity to rebel is a pretty sexy proposition.

The level of expertise on cannabis issues and challenges in the broader marketing industry has grown immensely. Today there are hundreds of specialized marketing agencies dedicated to promoting cannabis products online, in print and over the airwaves.

Engaging a partner that understands the climate in which your product or service is sold is an important step in gaining an edge over the competition. And embracing an opportunity to launch a promotional campaign that works with the public’s prevailing views, instead of against it, can be lucrative.

While somewhat rudimentary, this popular meme took full advantage of the popular notion that “Everyone would smoke and cities would be ruined if it were made legal.” The clever part in this meme is that, whether you’re for or against legalization, you’re buying into the perception that “Everyone’s doing it.” And perceived popularity moves product.

In your own marketing efforts for your small business, regardless of industry, are you:

If not, it’s time to take a page from the cannabis industry’s playbook in order to grow your business.

Brian is a seasoned digital marketing expert who loves to write about subjects that help small businesses grow their brands and increase their rankings online. He accomplishes this through his agency Integrity Marketing & Consulting, which he founded in 2011.