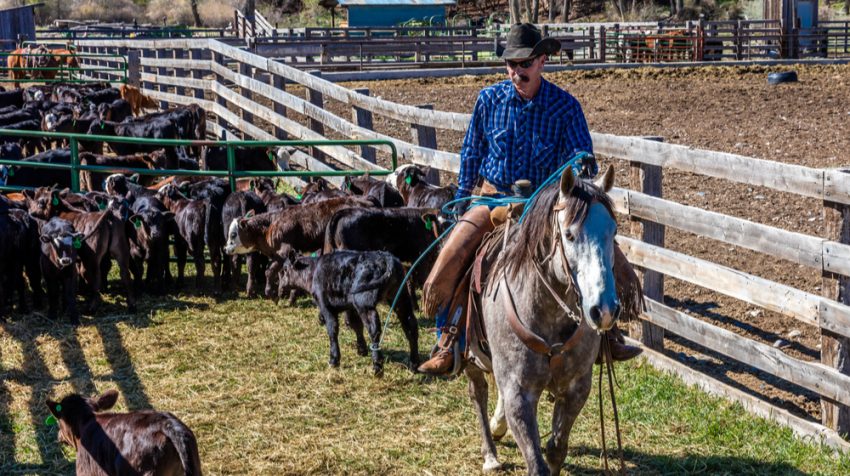 Many American cattle ranches have been a one family operation for one hundred years or more.

“Some of these ranchers are somewhat challenged about how to transfer that ownership onto future generations,” Tatom says.  Finding out which children want to take over can be daunting enough. Transferring ownership for this type of asset is a big part of the challenge.

It’s important to keep communications open through the process. Establishing a common business vision is critical so  everyone  starts off on the same foot. Start with self assessments of each member of the family so they understand their strengths and weaknesses.

Tatom says ranchers quite often want to rush the sale and transfer of ownership. Being hasty can cost unnecessary tax dollars. He suggests planning the sale or transfer of a ranch five to ten years in advance heads off tax problems at the pass.

“The ones that haven’t done any planning, they’re going to cost themselves tax dollars,” he says.

The Age of Ranchers

The average age of the current rancher is about sixty years old. Over the next ten to fifteen years, a large percentage ( Tatom estimates around 70 percent) of American cattle ranches are going to change ownership. He says the implications are big.

“If we don’t get ahead of this to some degree, this could be a potentially disruptive force for our food chain.”

The statistics hold up. The latest numbers from the USDA Census of Agriculture point to a steady rise in the age of farmers in general. In 1982, the average age of an American farmer was 50 years. By 2012, that number had risen to 58 years old.

According to Tatom, a big challenge for American cattle ranchers is the mechanics working the levers of the future’s market. He says that financial tool “is manipulated by people that have no intention of ever taking delivery of he commodities they’re putting contracts down for.”

There are other issues. The Environmental Protection Agency (EPA) and Department of Interior have been singled out for some time for implementing regulations many farmers see as growth killers .

Historically farms and ranches in the United states are independent. Considering the other factors in play, consolidation and corporate ownership become a large possibility. However, it’s one  Tatom wants to see avoided.

“I’m certainly not anti-business,” he says.  “I also believe there’s a real underlying lifestyle with these farmers. They’re real salt of the earth people and I would like to be part of giving them the option of not having to sell.”

According to Farm Policy Facts, this threat hasn’t materialized yet. As of 2015, the USDA’s Economic Research Service (ERS) reports 99% of U.S. farms were still structured as family farms.