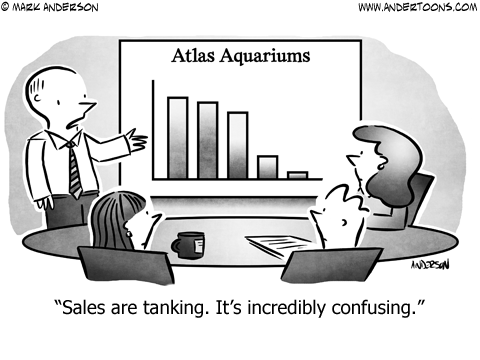 Sometimes a phrase just gets stuck in your head and you have to take care of it before you can move on to something else. This cartoon was the result of just such a dilemma.

I had run across the phrase “sales are tanking” and I knew there was something there, but for whatever reason I just could not find the right idea to go with it. I tried:

And then finally this cartoon where both I and the character basically admit it’s a confusing situation presented itself and I could move on.