It’s All Fun and Games Until … 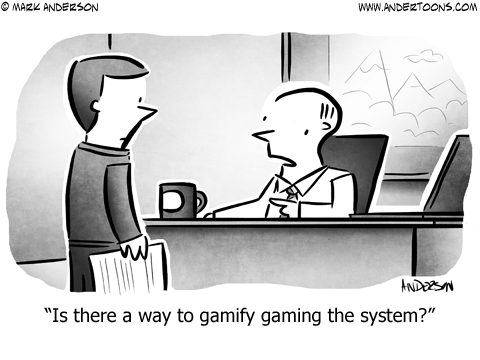 This cartoon wrote itself using that last method. I read an article talking about gamification and thought to myself “there’s something there.” And that idea laid around waiting for about a month until I heard someone on the radio talking about “gaming the system.”

It’s like the old saying, “A nugget saved is a nugget earned.” That’s how it goes, right? (Note to self: reduce usage of the word “nugget.”)