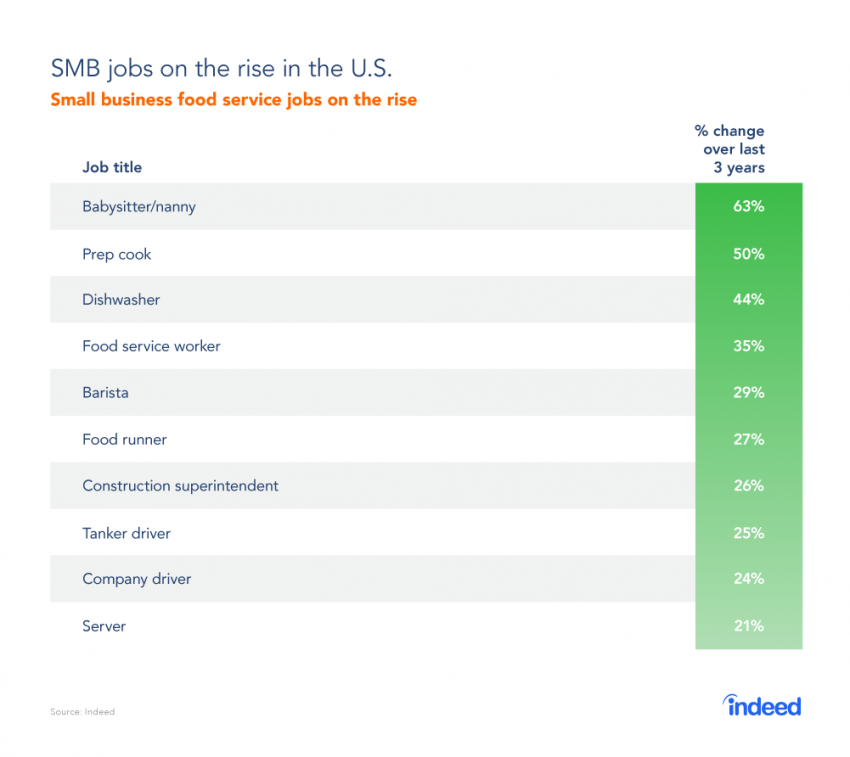 Whether that’s an indication of an upturning economy or not, it is impacting the jobs market.

While jobs at American small businesses overall are down, Indeed.com is noticing a spike in listings for jobs related to food and food service.

“The healthy economy and increase in disposable income has positively affected small businesses including restaurants,” explains Paul Wolfe, senior vice president and head of HR at Indeed. “As such, there is a higher demand for food service workers in the U.S., which we are seeing with our data.”

The jobs board examined data over the last three years for food service positions. Babysitter jobs have seen a 63 percent uptick over that time. That may not seem like a food industry position to most, but represents the highest spike in what Indeed considers a food service job. At the very least, it shows a rise in disposable income.

Other jobs on this list from Indeed are more directly related to the food service industry: Prep cook (50 percent rise over 3 years), Dishwasher (44 percent), Food service worker (35 percent), Barista (29 percent), and Food runner (27 percent) occupy the next spots as the fastest growing jobs in food service.

Company drivers and food server jobs have also been listed more often at Indeed in the last three years. Tanker drivers and Construction superintendents also made this list.