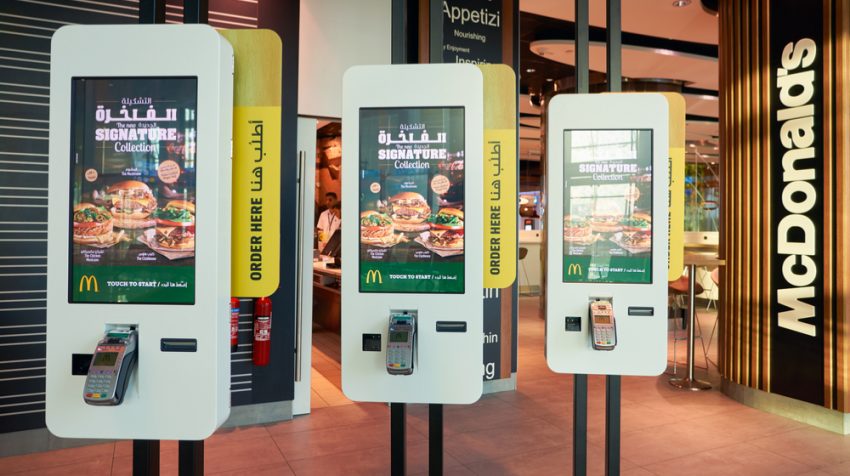 The home of the Big Mac is enjoying a comeback of sorts, after many observers started writing off McDonald’s as a dying brand.

McDonald’s stock hit an all-time high in 2017 as investors continue to show confidence in CEO Steve Easterbrook, who took over the company in 2015. The company’s stock price jumped 26 percent in the first half of 2017 alone.

While the fast food giant has made a number of moves that have led to the resurgence, its replacement of cashiers with automated kiosks has made a big difference.

The company announced plans to roll out automated kiosks and mobile pay options at all of its U.S. locations in late 2016. Roughly 500 restaurants in Florida, New York and California now have the automated ordering stations, and restaurants in Chicago, Boston, San Francisco, Seattle and Washington, D.C., will be outfitted in 2017, according to CNNMoney.

Customers place their order at touch screens and receive a number with a “digital locator,” which then notifies staff where the customer is sitting. Once the order is ready to serve, an employee delivers the food to the customer’s table.

Several Wall Street analysts have raised their ratings and price targets for McDonald’s ever since an impressive April 25 earning report. The company reported same-store sales growth as up 1.7 percent, which beat expectations that it would actually experience a 0.8 percent decline.

“There’s a sense of urgency across the business as we take actions to retain existing customers, regain lapsed customers and convert casual customers to committed customers,” Easterbrook said after McDonald’s first quarter report. “We’re continuing to build a more personalized and enjoyable visit, which delights customers with the taste and quality of our food and offers the highest level of convenience, in order to gain traffic in an increasingly competitive industry and deliver profitable growth for our system and shareholders.”

McDonald’s has also benefited from the launch of its All Day Breakfast menu last year. The company continues to shift away from high fructose corn syrup, eliminating the product from its buns.