The Petya Ransomware Attack: Could Your Small Business Be Impacted? 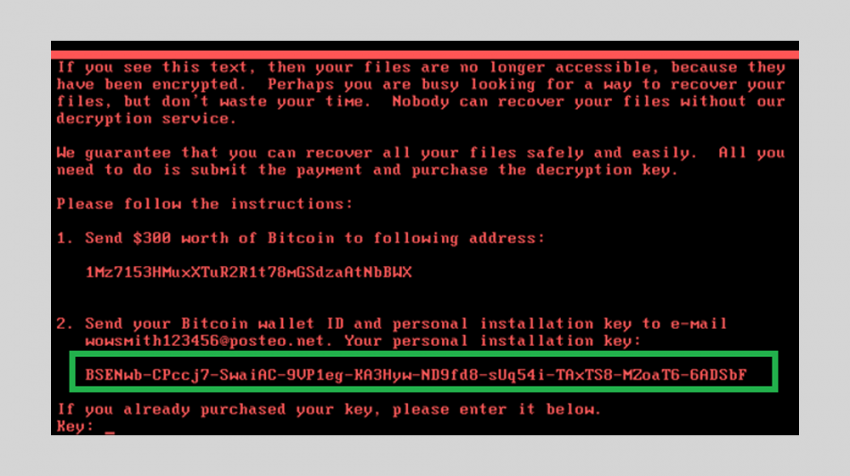 Less than two months after the WannaCry ransomware attack was launched globally, a more sinister version called Petya was unleashed on June 27, 2017.

Computers in Ukraine have taken the brunt of the Petya ransomware attack, but more than 20 countries and over 80 organizations have been impacted so far. And experts say small businesses or other users hit by such an attack could be devastated.

Reports that OTP airport in Bucharest is suffering computer systems disruption, reboots on all screens via @trompi pic.twitter.com/98hmL3IZik

What was the Result?

Security experts now say this was a ransomware attack disguised as something else. Ukraine’s institutions, including transportation services, power companies, the national bank and other agencies were targeted.

Outside of Ukraine, Russian oil and steel companies Evraz and Rosneft; British; advertising firm WPP; Danish shipping and transport firm AP Moller-Maersk; and Heritage Valley Health System in Pittsburgh in the U.S. all reported their systems were under attack.

Who is to Blame for the Petya Ransomware Attack?

Petya had ransomware characteristics, but the goal was not money. Brian Lord, former deputy director for intelligence and cyber operations at Government Communications Headquarters, a British security organization consulting with government and the military, told The New York Times:

“Rather than aiming for financial rewards, the hackers were trying to create the largest amount of disruption — particularly in Ukraine.” This might remove the criminal element, but it still doesn’t point to who did it.”

What You Need to Know About the Petya Attack

Whether it is Petya or another ransomware attack, an AVG survey revealed 1 in 3 small businesses are clueless about how to protect their systems. Recent events have increased awareness, but the impact of this type of attack on freelancers and small businesses can be devastating.

So before you become a victim, take the following precautions.

If you happen to fall victim to a ransomware attack, experts say don’t pay.