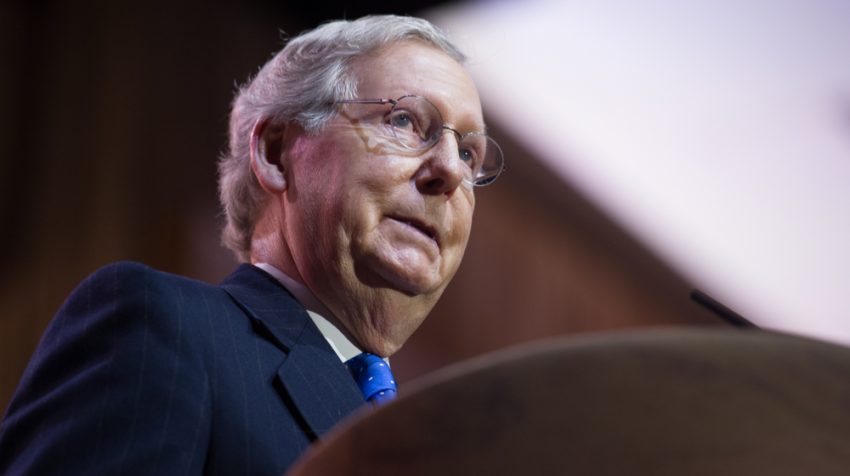 The latest attempt to repeal Obamacare has failed.

Three Republican Senators defected and voted alongside Democrats to defeat a bill that quickly became known as a Skinny Repeal. The vote was cast after 1 a.m. Eastern time in the nation’s capital.

For small businesses, according to analysis of the bill, the Skinny Repeal would have eliminated the individual and small business mandates of Obamacare.

If a small businesses reaches the 50 employee plateau, it is then required by Obamacare, aka the Affordable Care Act or ACA, to provide health insurance.

The final vote in the Senate was 49 voting for repeal and 51 against, maintaining Obamacare. An affirmative vote would have sent the bill back to the U.S. House of Representatives before it reached President Donald Trump. Along with the Democrats, GOP Senators voting against the Skinny Repeal bill include Lisa Murkowski, of Alaska, Susan Collins, of Maine, and Arizona’s John McCain.

“I regret that our efforts were not enough this time,” he said, addressing GOP leaders in the House, who would have gotten the approved “Skinny” Repeal next. “I’m proud of the vote I cast tonight. I expect that (the Democrats) are pretty satisfied tonight. It’s time they tell us what’s on their mind.”

President Trump has promised a repeal of Obamacare and Friday morning’s vote was as close as it’s come to happening. He was up in the wee hours crafting his response to the Skinny Repeal failure.

3 Republicans and 48 Democrats let the American people down. As I said from the beginning, let ObamaCare implode, then deal. Watch!

Trump has repeatedly insisted Obamacare is failing or “dead” and has promised a better healthcare deal. Much of the late-night action in the Senate is due to that persistence to get a repeal plan on his desk to sign.

Barring something unforeseen, it’s likely that small businesses and the self-employed under the Obamacare mandate will have to wait to see what happens if Obamacare spirals out of control in 2018, as Trump suggests it will.

The big surprise of the vote was McCain voting to keep Obamacare in place. He didn’t make clear why he was voting with Democrats.

Earlier this week, he famously returned to the U.S. Senate after missing some time when he was diagnosed with and underwent surgery for brain cancer.

His vote earlier in the week actually opened the Senate floor to debate the repeal. His vote on Friday morning sealed the fate of the Skinny Repeal.

California Sen. Kamala Harris was not happy about the late-night nature of the debate. She says she first got the Skinny Repeal legislation late, too.

It’s 10 p.m. ET. The Senate GOP just released the text of the #SkinnyRepeal. They want to vote on it in the dead of night. Indefensible.

Twitter Reaction to #SkinnyRepeal Fail All Over the Place

It was either the middle of the night or pretty late at night when the 49-51 vote on the Skinny Repeal bill was final. That’s a good time for some Twitter chatter. And business owners were watching and reacting along with the C-SPAN footage.

And it’s pretty clear from the polarity in tone from the tweets, that small business owners and the self-employed aren’t really sure what was in the Skinny Repeal. The comments are all over the place. Here’s a sample:

It’s bananas that I’m watching a live stream to see whether I’m going to have to shut down my business next year. #skinnyrepeal

That one sounds like the problem could be deeper than Obamacare’s health next year.

But one Pennsylvania constituent urged his Senator to break ranks from the Republicans and vote against the repeal.

@RandPaul Please at least pass #SkinnyRepeal Been w/out health ins 4 7 years. Could not afford ACA premiums. We have small business. HELP!

Another user said the repeal of Obamacare — even in skinny form — would “destroy” small businesses.

But as likely as you were to find an opinion like that, you could find the opposite, too.