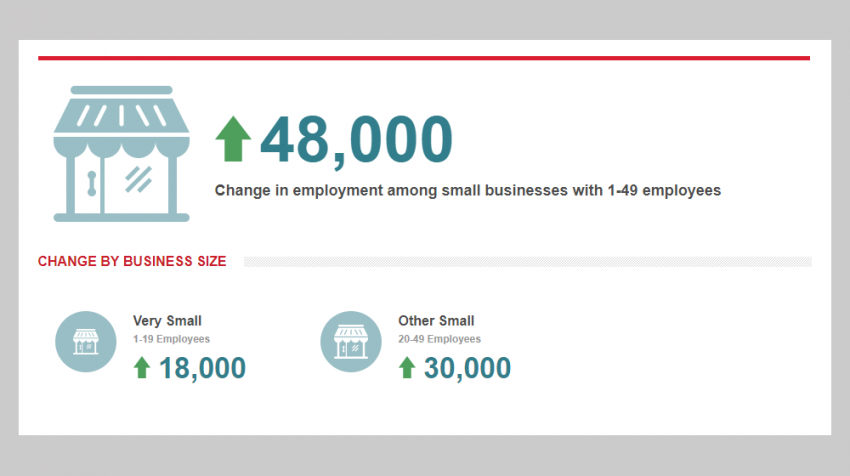 Small businesses in the U.S. created about 48,000 jobs in the last month. That’s according to the August ADP (NASDAQ:ADP) Small Business Report.

This figure actually shows a slow-down in job creation among America’s small businesses. Overall, companies with between 20 and 49 employees created 30,000 new jobs in August, according to the ADP Small Business Report, which is created in conjunction with Moody’s. The smallest of small businesses — with less than 20 employees — created 18,000 jobs.

Nationally, private sector companies produced 237,000 jobs in August, according to the ADP report. And job growth is actually up nationally among businesses other than small businesses. That trend has been seen for three consecutive months, according to this index.

But like small businesses, service-based businesses are leading the charge on job growth in the U.S.

The most jobs at franchise businesses were created by those in the Restaurant and Auto Parts and Dealers categories. Those businesses created 16,800 of the more than 21,000 franchise jobs in the U.S. this month.

Franchises in the Accommodations sector actually saw job losses over the last month, likely due to the summer vacation season coming to a close in the U.S.