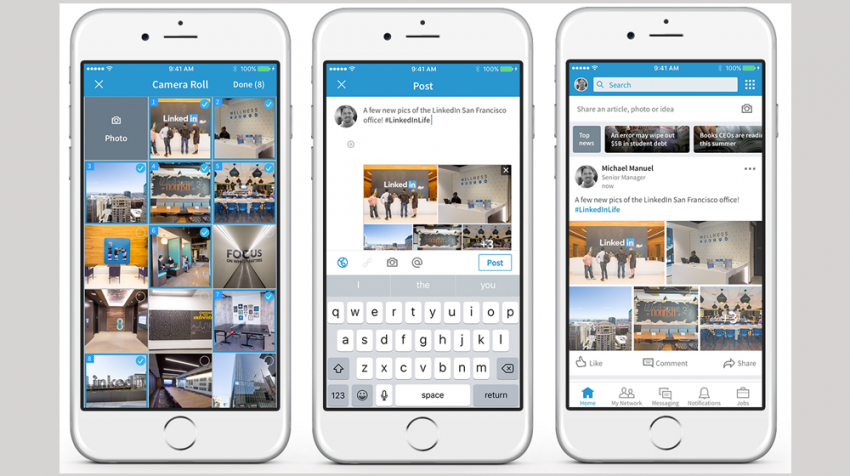 LinkedIn (NYSE:LNKD) has released a couple of new and interesting features that will make it easier for individuals and businesses to share their experiences.

“Whether it’s a new job or it’s to meet other professionals with similar interests that can help you get ahead, we want to make it even easier for you to share your experience and perspectives,” said LinkedIn’s Group Product Manager Pete Davies in an official post.

A Look at the August 2017 LinkedIn Changes

Among the new features is the ability to share multiple photos. This feature has been available for a while now on platforms such as Facebook and Twitter. But this will the first time business networking platform LinkedIn will provide the feature.

“We know there are moments when one photo doesn’t do the experience justice.” said Davies. “For example, when you want to post highlights from a conference you attended, or show off your team building event. For these moments and many more, we’ve now added the ability to share multiple images in a single post.”

At the moment this feature is only available to iOS users, but it will soon be coming to desktop and Android.

Another feature businesses may find interesting is the ability to share LinkedIn posts everywhere on the web.

LinkedIn is now allowing even logged out members as well as guests to see your posts, articles and LinkedIn videos. All you have to do is to grab your post URL from the control menu and share with friends on Twitter, Facebook or anywhere else on the web.

Would you like to get your team’s opinion on a post before you share it? LinkedIn now makes it easier for you to share a draft before you publish. This way you can get your team’s comments and reactions and ultimately improve the piece before sharing.