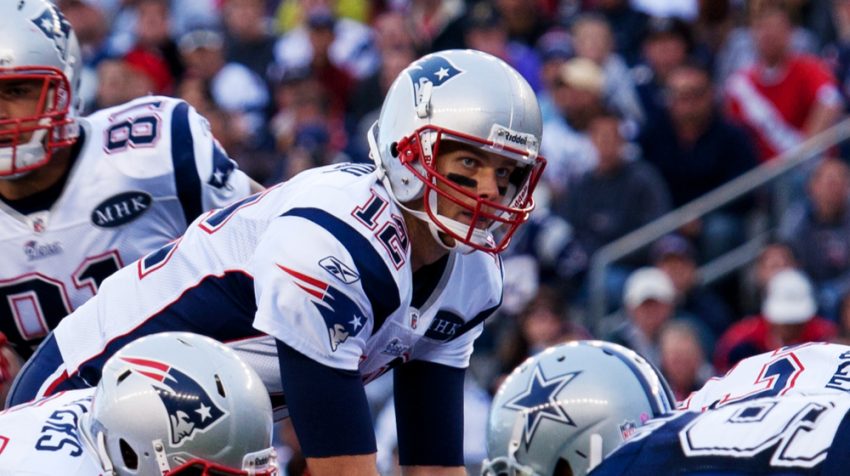 Tom Brady and the New England Patriots are the defending Super Bowl champions. They are also projected as the favorite to win the Super Bowl again this season. Playing now in his 17th year as a professional quarterback, Brady’s career arc has been nothing short of spectacular. He went from a lightly-regarded prospect in college to arguably the greatest quarterback in NFL history. As a five-time Super Bowl champion, he has demonstrated winning traits throughout his journey that would help put any business on top. Five lessons we can learn as small business owners from Brady’s triumphs on the gridiron are highlighted below.

Success in any business begins with the mentality that Brady brought to his professional career. There were not many people who predicted he would succeed as a professional quarterback when he first entered the NFL Draft. Brady watched as six quarterbacks were drafted before the New England Patriots selected him with the 199th overall pick. But Brady believed he belonged and entered training camp with an unwavering faith in his ability. Five Super Bowl championships later, he is now considered one of the best to ever play his position. Brady believed in his product, and forced others to believe along the way by out-working and out-executing his competition despite initial projections.

As small business owners, we must prepare for unexpected opportunity and be ready to capitalize when those chances arise. During the 2001 NFL season, a young Tom Brady was buried on the Patriots depth chart by former No. 1 overall pick and perennial Pro Bowler, Drew Bledsoe. But in the second game of that season, Bledsoe was injured by a bone-rattling hit and sidelined for the rest of the year. The unfortunate injury for Bledsoe forced Brady into action, and he never relinquished the opportunity. He won his first Super Bowl that same season and was named as the game’s MVP. He’s been the Patriots starting quarterback ever since, adding four more championship rings to his resume from there. His story is a lesson of how quickly circumstances can change, and a reminder that we must remain prepared, positive and ready to seize opportunities as they are presented.

Tom Brady won his first Super Bowl in 2001 and his fifth in 2016. During those fifteen years in between, the NFL game continued to evolve and change. Defenses became more sophisticated, pass rushers became bigger, faster and stronger. Offensive systems and quarterback play was forced to change in response, and Brady has consistently pushed himself to be the best. At 40 years old entering this season, he is not the same athlete he was at 25. But he has remained on top because of his ability to learn, adapt and grow. The current marketplace doesn’t look the same as it did fifteen years ago, and fifteen years from now it will be even more radically different. But the companies who are able to adapt and change with emerging trends the best are the ones who will similarly remain on top.

“There are always excuses you can build into why you would lose a game,” Tom Brady told ESPN during the Patriots Super Bowl run last season. “It could be, ‘We only played on six days’ rest. We had this person hurt. Or we didn’t get that call.’ There’s a million of them and they are all built in and you can pick them all off right before the game even starts. But we don’t buy into that. It’s all about all of us collectively trying to do the best thing we can for the team to help us win.” It’s easy for small business owners to fall into the trap of making excuses. Just like in the NFL, there are always excuses we can build into why things didn’t go our way. But it’s important to make a conscious decision to refuse accepting those negative beliefs and focusing on what’s in front of us every day for our business and team.

The game is never over. It’s an adage that’s as old as time but it’s something we often need to remind ourselves. On his way to winning his fifth Super Bowl, Tom Brady and his Patriots found themselves down 25 points heading into the second half. With only two quarters remaining, the deficit seemed insurmountable. But Brady never panicked, never believed he was defeated, and continued to compete. In the end, he’d eventually lead a 34-28 comeback victory while throwing for a Super Bowl-record 466 passing yards. He was named the game’s MVP, and offered an example of how in sports, like business, it always pays to remain calm under pressure while continuing the fight despite the odds stacks against us.

Brendan Bowers is a marketing professional and New York Times Best-Selling Author. He is also the owner of Dalton Media, Content Studio and Marketing. His book, LeBron James vs. The NBA is available for preorder on Amazon. He can be reached on Twitter @BowersCLE.
4 Reactions
Subscribe
Follow @smallbiztrends
RSS LinkedIn Pinterest iTunes