Give These 3 Social Media Contests a Try to Boost Sales 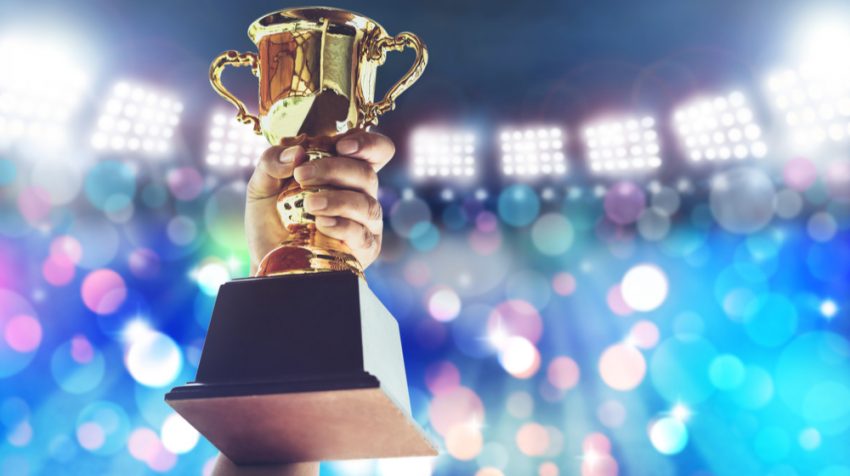 In an effort to grow your social media presence and drive sales for specific products, have you considered the viability of social media contests? They’ve risen in popularity over the years and tend to provide a pretty decent return on investment. But there are a few things you need to know before getting started.

The Role of Gamification

In order to understand the value and efficacy of social media contests in the current marketplace, you have to first understand gamification and how it moves people to action.

Gamification is essentially the process by which game-like elements are used to get people to perform certain actions or engage in particular activities. As the name suggests, it comes from the word “game,” in which players are engaged in an experience with the purpose of accomplishing a goal and being rewarded with some sort of prize or recognition.

“One of the simplest forms of gamification is getting a stamp every time you buy a coffee. Collect ten stamps and you get a free drink. It’s like completing a level and getting a reward,” copywriter Ben Brown says. “Online, it could be the use of gaming elements like leaderboards, progress bars, and loyalty points. These tricks tap into our natural instincts: competition, exploration, curiosity.”

But why does gamification work? What is it that draws people in and makes them willing to participate? There are a number of elements in play:

Gamification can be used in any number of ways. One of the more traditional examples is an airline frequent flyer program or a punch card you get at an ice cream shop. But today’s leading brands — powered by the internet and new technologies — have taken gamification to new levels. Specifically, they’ve turned to social media contests as the perfect solution for engaging audiences and enhancing visibility.

Social media contests have quickly become an industry “best practice” — and for good reason. As digital marketing expert Mikey Moran explains, it’s a good way to “get some serious marketing power” behind a new product launch. And it works even better for big brands with established audiences. But what makes a contest successful? Let’s break it down into “5 P’s” for easy recall.

If you’re able to get each of these five things right, you’ll thrive with social media contests. It’s not easy, but there’s a clear path to success if you’re willing to follow it.

Now that you know which factors matter the most, let’s turn to the real meat of the issue. Which types of contests provide the optimal level of participation and visibility? Check it out:

It’s 2017 and there’s nothing quite like a good selfie to get people excited. Over the past couple of years, selfie contests have become quite popular. These contests generally revolve around entrants taking a selfie in a certain situation or environment and then tagging that image with a contest hashtag. Entrants love these contests because they’re trendy. Brands love them because they’re highly personal. When an entrant’s followers see the selfie in tandem with the hashtag, they’re more likely to have a positive view of the brand.

The Axe 2014 “Kiss for Peace” campaign is a good example. They called on social media users to post selfies of them kissing and tied it into their “make love, not war” slogan. It was highly successful and the winners were given a trip to Berlin.

Trying to get pictures and videos from people isn’t always easy. Some of your audience will oblige, but there are others who won’t – no matter the prize. In these situations, something a little more casual can produce better results.

Voting contests are very popular. They don’t require a whole lot of effort on either side and usually get high participation rates. They also allow you to get to know your audience better through how they vote on particular topics. Lay’s has had success with this in the past, letting customers vote on new flavors.

The more you can get people involved in the contest, the more value it will provide. Think about it. If you’re just asking someone to repost an image, there isn’t much effort involved. But if you actually ask your followers to take the time to create something, they’re much more vested. Artistic contests subscribe to this theory that more involvement is better.

The classic example of an artistic contest is the Starbucks White Cup Contest. The contest, which has been held a couple of times, asks customers to take the iconic white cup and add their own unique design, uploading to social media with the hashtag #WhiteCupContest. This contest has been hugely successful over the years, largely because it requires such an investment from each entrant. As a prize, the winner’s cup was turned into a limited edition Starbucks reusable plastic cup. Could you do something similar?

“Gamification triggers a dopamine rush. It’s that simple,” Brown believes. “Leveling up, gaining a reward, getting feedback or achieving something all gives you that little rush. That’s dopamine in your brain. It’s your mind telling you to do it again because it feels good! And that’s when addiction kicks in.”

While there are plenty of ways to gamify your audience, social media contests are one of the best. Not only do they engage your followers and give them something to be excited about, but contests serve the purpose of enhancing visibility and expanding your brand’s reach. Your followers may think it’s about them, but it serves the ultimate purpose of strengthening your brand.

Study what other successful brands have done and be honest with yourself: What can you realistically do with your resources and audience? Start small and work your way towards bigger and better contests. With the right foundation — and a proper understanding of gamification — you can take even the smallest business to great heights.