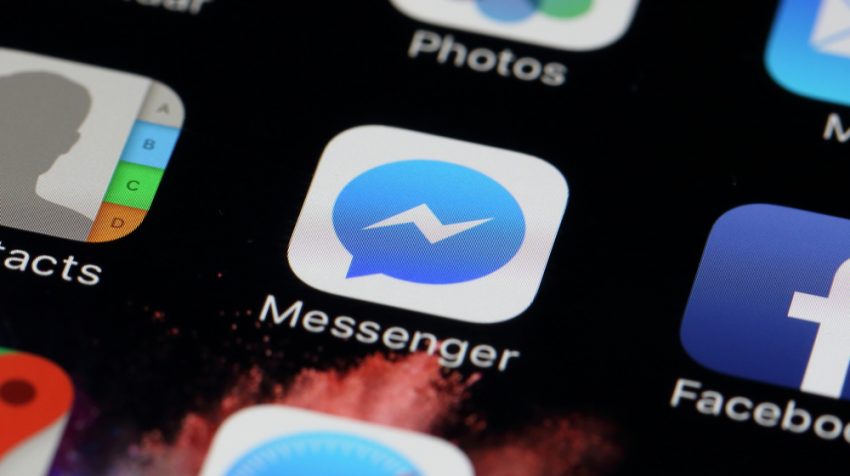 Facebook Messenger isn’t quite as popular with businesses as Facebook is. But a new feature that integrates AI could make the platform a bit more user friendly for businesses. Meanwhile the latest crop of social influencers is — going to camp?

Learn about these news updates and more in this week’s Small Business Trends news and information roundup.

Facebook (NASDAQ:FB) just announced it has improved its Messenger Platform after listening to its business partners and developer community. With Facebook Messenger Platform 2.1, which comes just a little after three months of 2.0’s release, the company has been focusing on improving its AI and chatbots.

Remember summer camp — singing songs around a campfire, making friendship bracelets, spending time in the great outdoors? Well, now there’s a new type of summer camp. And it doesn’t include any of those traditional activities. Instead, young people at this camp learn how to become successful social media influencers.

23 Percent of Vacationers Research Products for their Trip on Social Media, Data Says

If your business is in the travel industry or benefits in any way from it, you need a strong social media presence. As we’re in peak vacation season, it may actually not be too late to reach vacationing families right now before the end of summer. New data shows that vacationing consumers are likely going to check out social media about their destination.

President Donald Trump says that small business is the “engine of the American dream”. Trump hosted an event this week at the White House to note the importance of small businesses to the American economy and to gather feedback from entrepreneurs.

The latest Paychex | IHS Markit Small Business Employment Watch reports the pace of small business job growth has slowed for the fifth consecutive month. It’s .70 percent slower than July of last year. That puts the numbers under a nationally established baseline for growth for the first time in six years. However, wages seem to be increasing at a decent rate across the country.

When it comes to purchase decisions, most consumers — especially younger buyers — rely on people, even those they don’t know. That’s why it pays for you to find influencers who can spread the word about your products.

The latest report from Campaign Monitor finds the American love affair with email is stronger than ever. While more than half of those surveyed (52.7 percent) check their accounts more than 10 times a day, Millennials are the group most likely to take action based on an email.

60 Percent of Small Businesses Say Selling on Amazon Helps, But Ads Not So Much

Starbucks’ Closing of Teavana Stores Could Be Small Business Opportunity

Starbucks (NASDAQ:SBUX) just announced that it’s closing all of the storefronts for its Teavana brand. And that could mean new opportunities for small businesses to break into the market. Starbucks decided to close the once popular tea stores due to slow sales. But there’s still a fairly sizable market out there for tea businesses.

Artificial Intelligence (AI) can be intimidating to small businesses. In fact, a survey commissioned by Salesforce (NYSE: CRM) last year found 61 percent of small business owners felt they weren’t ready to adopt it. They felt AI was too complicated for what they needed. Salesforce wants to change that perception with its AI platform, called Einstein.

Does your business have a plan in case of an emergency? Natural disasters and other emergency situations can leave business owners scrambling. And that’s a lesson that Lisandra Pagan, PhD learned the hard way in her first business venture. But that lesson led to a new business idea — Deliberate Plan Consulting.

While almost all small businesses require financing at some point, few are using the resources available to them. This surprising insight comes from a new survey conducted by Fundera, a small business lending marketplace.

As part of the Taxpayer Bill of Rights posted by the Internal Revenue Service (IRS), taxpayers, including small businesses, have the ability to appeal and resolve any disagreement you might have with the IRS. To simplify the appeals process, the agency just announced a new web-based virtual conference option you can use from anywhere.

Federal Vs. State Regulation: Are Small Businesses Getting Caught in the Crossfire?

The small business landscape is changing with the wave of deregulation proposed and implemented by the administration of President Donald Trump.

Rooftop Vineyard Shows Startups How to Deal with Cramped Quarters

Think you need a ton of vacant land to start a vineyard or similar business? One Brooklyn business is proving that notion wrong. Rooftop Reds is a vineyard located on a 15,000 square foot rooftop in the Brooklyn Navy Yard. The company uses a planter box vineyard system to make it possible to grow the grapes needed in such a (relatively) small space.

While Uber has been making a huge mark in the U.S. and other markets around the world, the ride sharing service has been unable to operate in Iran due to U.S. sanctions. But that’s created an opportunity in the country for local startups to fill that need. Snapp is one app offering an Uber-like service specifically for Iranian passengers.

Send Money Over Skype Mobile Thanks to New PayPal Integration

Skype is integrating PayPal (NASDAQ:PYPL) into its messaging app so users can send money while they are in the middle of a conversation. Called Send Money, the  feature was developed for transferring funds using the latest Skype mobile app on iOS and Android platforms.

Think WiFi is Impressive? Well, Now True Wireless Charging is on the Way

Ever wish you could charge your phone without having to plug into an outlet? If so, you’re not alone. And a new solution aims to provide just that to consumers and businesses. The company is called Ossia. And its solution works a lot like wifi. There’s a receiver that you can place in your home or office. And this receiver emits a signal that restores power to your device.

Today’s retailers, including small businesses, need a seamless integration between the digital and brick and mortar world when taking payments from customers. The new all-in-one HP ElitePOS (point-of-sale) system offers a modular design with a platform addressing this integration.

Reports on the Death of Microsoft Paint Have Been Exaggerated

Good news for fans of MS Paint fans! Microsoft (NASDAQ:MSFT) has announced reports of the popular app’s death have been greatly exaggerated. Instead of killing off the popular tool, Microsoft says it will be moved to the Windows Store — and offered for free.

A new pair of Pavilion All-in-One (AiO) computers from HP (NYSE:HPQ) has arrived just in time for the new school year. But students are not the only ones who may want to use them. The more powerful and sleek AiOs will be just as useful for small businesses and home offices.