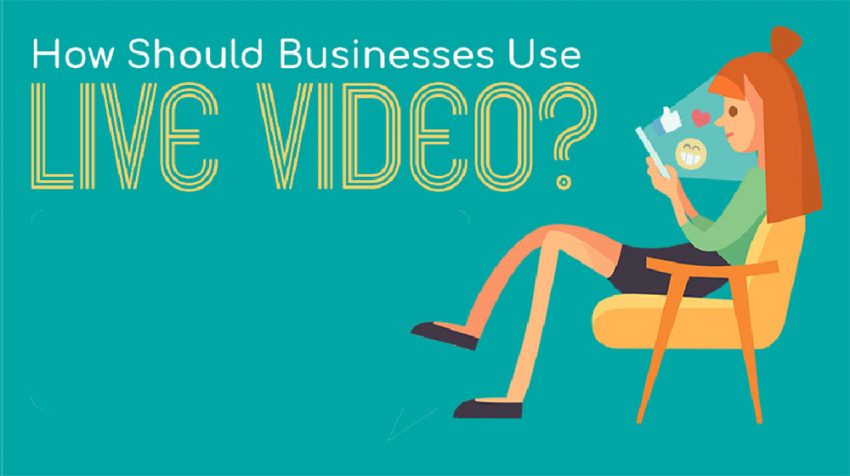 The convergence of several technologies is making live video or streaming available to anyone with a smartphone. According to a new infographic from One Productions, it will grow the industry to $70.05 billion by 2021.

Tom Hopkins, the Managing Director of One Productions, put together the infographic to show small business owners the significant role live video plays in today’s digital environment. Hopkins provides valuable tips on the different types of content businesses should include in live videos. This because without the right video, reaching and engaging with your audience will prove difficult if not impossible.

The amount of digital media American adults consume now totals five hours and 50 minutes per day, with video making up around 56 minutes of that, eMarketer reports. The popularity of video is growing, and live streaming is making up a large percentage of that growth. For example, Facebook’s live videos are currently viewed three times more than other video on the site.

The infographic points out 81 percent of internet viewers watched more live content in 2016 than they did in 2015. And 80 percent prefer live videos over blogs, while 82 percent prefer it over social posts.

The growth is primarily being driven by faster internet, smartphones and social media. This has led Facebook founder and CEO Mark Zuckerberg to say, “Live is like having a TV camera in your pocket. Anyone with a phone now has the power to broadcast to anyone in the world.”

How Should Businesses Use Live Video?

Video is the future of engagement for businesses. The recent addition of native video by LinkedIn is a great example. And for small businesses, the technology is so accessible anyone can afford it, because in most cases it is free.

For more information on the benefits of using live video to promote your small business, check out the infographic below.