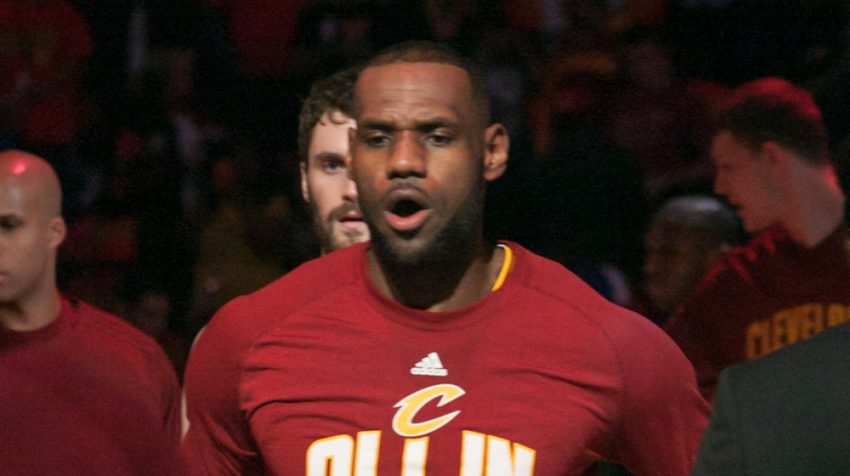 While building a Hall of Fame resume on the basketball court throughout his NBA career, LeBron James has also built a diversified business empire. Heading into his 14th professional season, the three-time NBA champion and four-time MVP is reaping the rewards of strategic decisions as a business owner and entrepreneur. Along with cashing in on lucrative endorsement deals with Nike, McDonalds, State Farm and others, James has also been at the forefront of tremendous growth for companies like Blaze Pizza, Uninterrupted and SpringHill Entertainment. Here’s what small business owners can learn from that success.

No. 1: Trust Your Instincts

Blaze Pizza: LeBron James became an early investor in a little-known restaurant chain with two locations named Blaze Pizza in 2012. He tried the pizza one day and was reportedly blown away by its quality. He recognized what he believed was a winning product and placed his bet on the success of that quality winning out in a crowded pizza space. James opened franchises of the restaurant in Chicago and Miami shortly after, before launching over a dozen more locations in the years to follow. Today, five years after James discovered what he believed to be a winning product for the first time, Blaze Pizza has grown from two locations to over 200 across North America. The company is on pace for $300 million in revenue in 2017 while being dubbed the fastest growing food chain in America.

Lesson: New opportunities for growth are all around us. They could be as close as that next slice of pizza. Trust your instincts when you find one. James is one the biggest superstars on the planet. He can invest in products, companies and brands all over the world. Despite Blaze Pizza being a little-known brand with only two locations back in 2012 — competing against well-established pizza giants — James trusted his instincts enough after tasting what he believed to be a winning product and opened several franchises. He didn’t let the long odds stacked against the tiny chain deter what he believed was a recipe for success and was rewarded for that decision.

Uninterrupted: James and his business partners launched Uninterrupted as a self-financed venture with the goal of offering first-person stories from athletes in 2015. He recognized a need for authenticity in the sports media marketplace, and believed that consumers would respond to content that cut out the cable television and media outlet middlemen that dominate the industry. Since launching the network that offers several successful programs featuring a long list of professional athletes, Time Warner invested $15.8 million for equity stake as the company continues to grow.

Lesson: “It’s all about authentication,” James said on an Uninterrupted podcast hosted by Cavaliers teammates Richard Jefferson and Channing Frye. “And being authentic to what we talk about and being able to be yourself is why I started Uninterrupted.” Being an authentic brand or business means being true to who you are as a small business owner. It also means being able to convey that authenticity or spirit to your customer base directly. James tapped into a desire among all consumers for authenticity in the brands or products they engage with, and used that to win customers and sponsors. By taking steps to convey an authentic message in your own business, a better connection with more customers will inevitably result.

No. 3: Invest in Storytelling

SpringHill Entertainment: In 2008, James and his partners launched their own media company, SpringHill Entertainment. The goal was to offer in-depth storytelling for a wide range of audiences. Today, SpringHill has deals for shows with Starz, Disney, Showtime and NBC as well as development deals with Warner Brothers. Competing against well-established Hollywood companies, James and his team believed that a quality story with depth and real lessons for life would connect with audiences. Through the success of shows like Disney’s “Becoming” and Starz’s “Survivors Remorse,” SpringHill is proving that genuine storytelling does very much have a place with today’s consumer.

Lesson: In a world that communicates in 140 characters or less, it’s easy to forget the importance of in-depth storytelling. But powerful stories can and are still being used to connect with wide-ranging audiences. James’s media company is an example of this demand. Asking yourself how you can better tell your story as a small business or brand can go a long way to furthering growth and success. From blogging, to podcasts, video content and social media, there are more ways than ever to tell the story of your company. It’s important to invest in those platforms.

Brendan Bowers is a marketing professional and New York Times Best-Selling Author. He is also the owner of Dalton Media, Content Studio and Marketing. His book, LeBron James vs. The NBA is available for preorder on Amazon. He can be reached on Twitter @BowersCLE.
2 Reactions
Subscribe
Follow @smallbiztrends
RSS LinkedIn Pinterest iTunes