What are the Most Annoying Ads on the Internet? 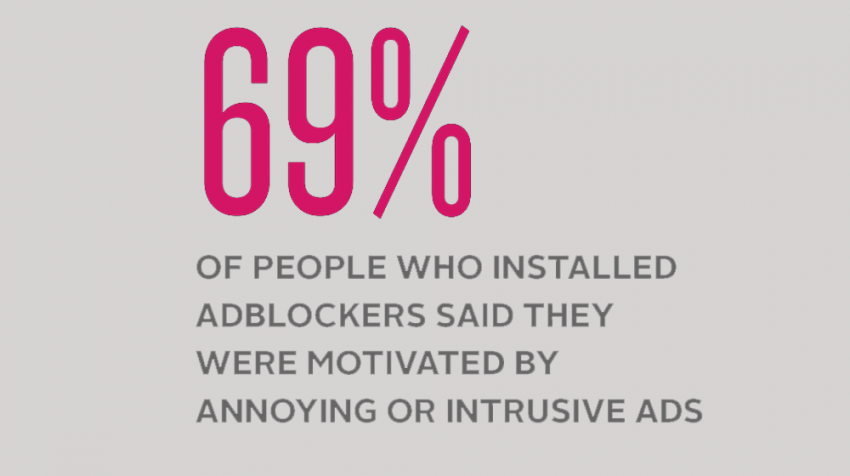 It’s official: popups are the most annoying ads on the web. In fact, 50 percent of respondents in a recent survey said they would not return to or recommend a web page using them.

What Are the Most Annoying Ads on the Internet?

But it’s not just popups that annoy most people. Ads that distract like the ones with flashing animations and ads that clutter are also disapproved of by users.

What’s more, 69 percent of people who installed ad blockers said they were driven by annoying or intrusive ads.

These insights come from a study by Coalition for Better Ads, a forum of international trade associations and companies involved in online media.

Interestingly, the report also found most popup ad issues complained about by consumers do not occur on the pages of mainstream publishers such as newspapers or business publications. Rather they appear mostly on smaller sites.

One reason why smaller sites might be running the kinds of ads that annoy visitors is because they lack quality control resources larger publishers have at their disposal.

Mobile Advertising is Fraught with Problems

According to the report, mobile users also complain about a wide-range of ad issues.

Popups account for 54 percent of complaints, whereas 21 percent of respondents complained about high ad density. The latter problem makes it difficult for users to find the information they are looking for, the survey said.

What Small Businesses Must Do to Succeed

With complaints about popups so prevalent, businesses need to look at other ad options. For example, advertisers may opt for less disruptive alternatives such as full-screen inline ads that offer the same amount of screen space as popups.

It’s also important to remember that making a user wait to access content leaves them with a much more negative experience.

Google ran a global survey of 1800 ad block users for the report.