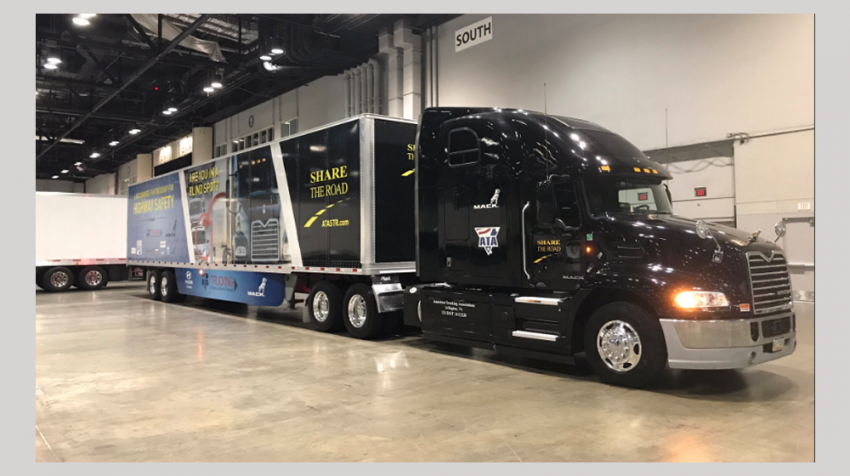 Twenty-four small businesses competed at the American Trucking Association’s 80th annual National Truck Driving Championships over the weekend.  The event was held at the Orange County Convention Center in Orlando, Florida from Aug. 9-12.

Roland Bolduc was crowned the Bendix Grand Champion of the 2017 National Truck Driving Championships.  He lives in East Longmeadow, Massachusetts and drives for FedEx Express. Bryce Neilson was the 2017 Rookie of the Year. He’s from Anaconda, Montana, and works with FedEx Freight.

But despite the fact these two front runners are associated with a huge corporation, small business remains a big part of the trucking industry.  In fact, 97 percent of trucking companies operate 20 trucks or less.

Small to medium sized businesses accounted for a large portion of the 428 competitors hailing from all 50 states who came to compete. There were 35 first time participants and 97 companies represented overall. American Trucking Association Vice Chairman Barry Pottle had a driver competing from his small business in Maine.

Put aside the images of 18-wheelers and step vans moving around a speed oval. The National Truck Driving Championships is actually a driver safety event. And drivers need to maintain a clean driving record and advance through local competitions to make the national event.

The National Truck Driving Championships are designed to test a driver’s knowledge of safe practices on the road. The championships include a written examination, a pre-trip inspection and a driving course.

The competitors all won their individual vehicle classes at the state level to qualify. They also maintained an accident free driving record throughout the year.

“Truck drivers move the goods that we depend on for comfortable and productive lives, but are rarely celebrated for their skill and commitment to safety,” said American Truck Association Chairman Kevin Burch, president of Jet Express Inc. in a press release.  “This competition puts drivers in the spotlight and brings attention to their daily excellence.”