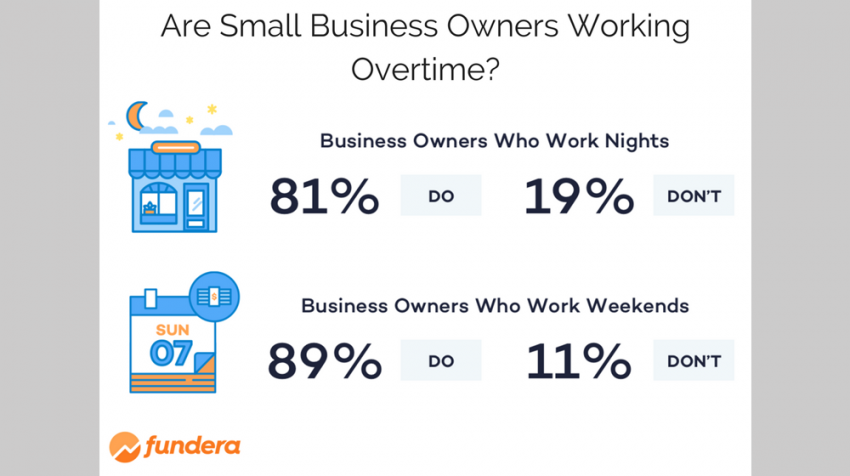 Running your own small business is the life, right? Being in control of your day and your destiny sounds great.

Salary of a Small Business Owner

And most notable is the lack of pay. The Fundera survey reveals that 30 percent of small business owners don’t take a salary.

What that says is, if you’re looking to collect a regular paycheck or you’re dependent on the check you’re getting from your day job, think twice about starting your own business.

Of course, if 30 percent aren’t taking a salary, that means that 70 percent are. Running a business certainly won’t leave you penniless, at least if you’re avoiding catastrophic mistakes. But compared to the average CEO, a small business owner’s pay is considerably less. According to Fundera, the national average pay for a CEO is $160,000. Almost 87 percent of the small business owners surveyed told Fundera they take a salary less than $100,000.

Paying the Cost to Be the Boss

Even if a small business owner is making close to that $100,000 figure, it’s not without toil.

Weekends are no exception either. In fact, it’s more likely a small business owner will work a weekend (87 percent) and will do so more often (45 percent) than the average worker.

The average small business owner, according to Fundera, works between 40 and 49 hours per week. The average American worker clocks in for 38.6 hours a week.

For this survey, Fundera partnered with Qualtrics and questioned 409 small business owners and people in positions of upper management at small businesses.