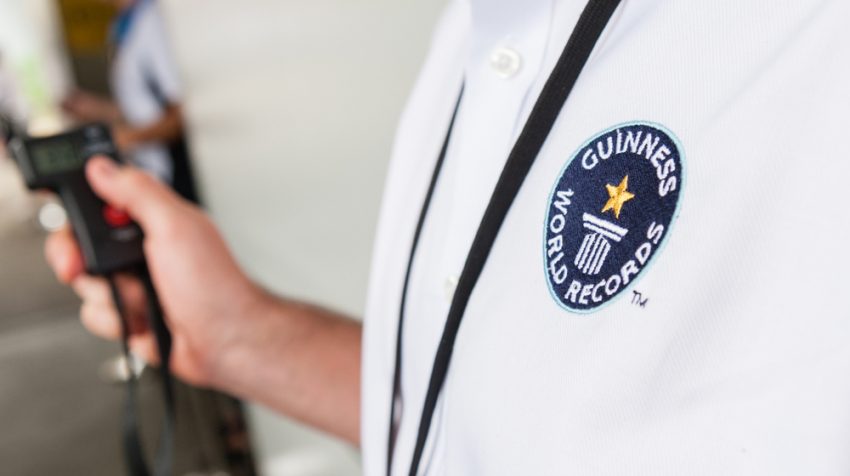 Small businesses are capable of accomplishing big things — even the biggest.

In the last year and a half, 10 small businesses across the United States and Puerto Rico were able to call themselves a Guinness World Records record breaker.

“Every record, whether it is one that already exists or is a new category, is activated in our system with a set of global and standard guidelines. In addition, our adjudicators undergo extensive records and media training before being allowed to oversee a record attempt.”

Even failing to reach the mark your company wants to achieve can have its benefits. Once approved, your business is able to use official brand assets from Guinness World Records and promote the event ahead of time.

“There’s also the opportunity to engage customers or fans either online surrounding the attempt or during the attempt itself. Running an event or a campaign that features a Guinness World Records title often unites employees, external vendors, and partners. Finally, many of our clients attempt records that have a CSR or community engagement tie, so there can be that pride and good feeling that go with giving back,” Keith Green, Vice President of Marketing and Commercial Sales at Guinness World Records North America, told Small Business Trends.

“The most important thing to remember is that there is always a story to be told and content to capture, no matter what the outcome,” Green adds.

Having trouble thinking of what kind of record your company could break or set? Look at the examples of the last 10 American small businesses to do so. The companies all took one aspect of their business and went all-out to earn the prestigious honor. 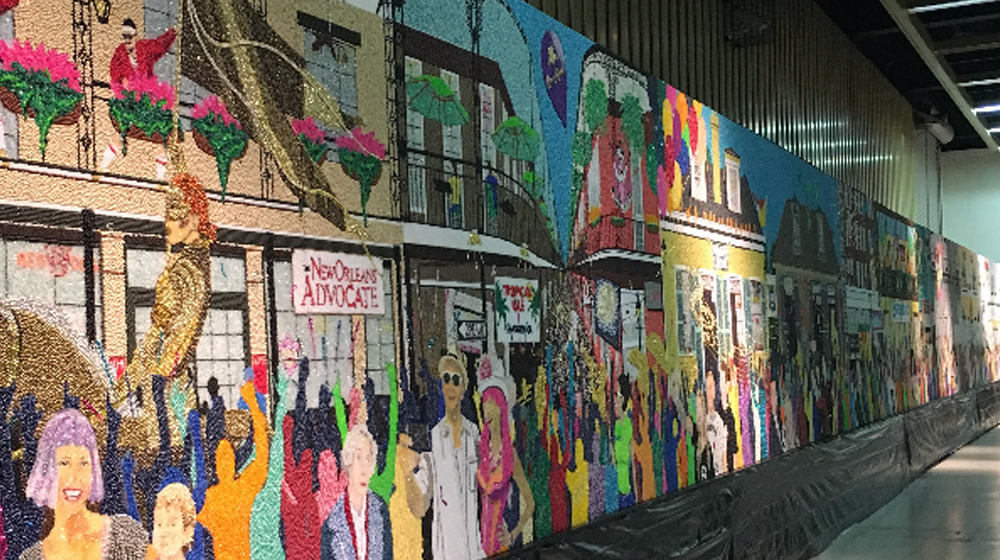 Stephan Wanger’s Bead Town in Gary, Indiana, became a Guinness World Records record breaker for the largest bead mosaic on May 15, 2017. The mosaic was titled “Life in the French Quarter”  and measured 71.33 square meters. Bead Town partnered with the Gary Community School Corporation and the community’s Legacy Foundation to achieve the record.

The mosaic featured more than 5 million beads assembled over the course of three years with the help of more than 2,500 volunteers. 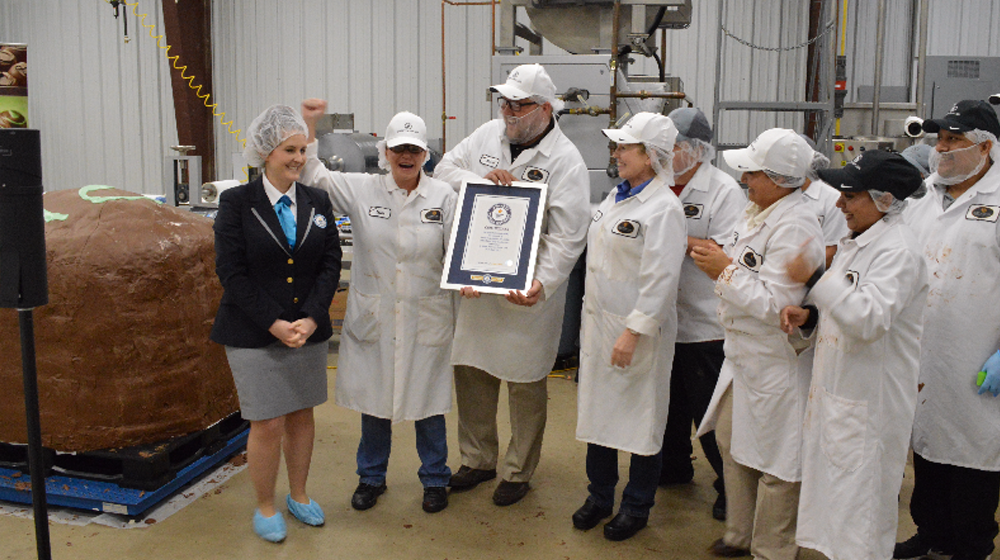 Sweet Shop Candies in Mount Pleasant, Texas, is one of the most recent American small businesses to make its way into the Guinness World Records book. The company created the world’s largest chocolate truffle on April 21, 2017. The whopper weighed in at 2,368 pounds, 8 ounces.

Most People Playing Monopoly (in a Single Venue) 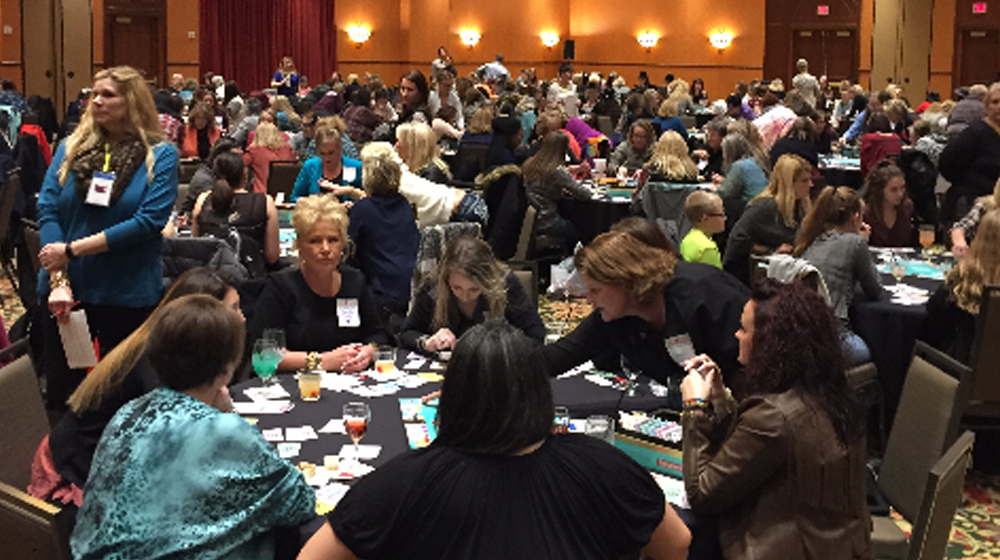 Someone surely had to play as the thimble when a Guinness World Records achievement was set for the most people playing Monopoly in a single venue. There were 733 people playing to set the high mark. The honor was earned by Rustic Cuff and Addicted to Cuffs in Tulsa, Oklahoma, a retailer specializing in cuffs, bracelets, necklaces and more, on January 12, 2017. 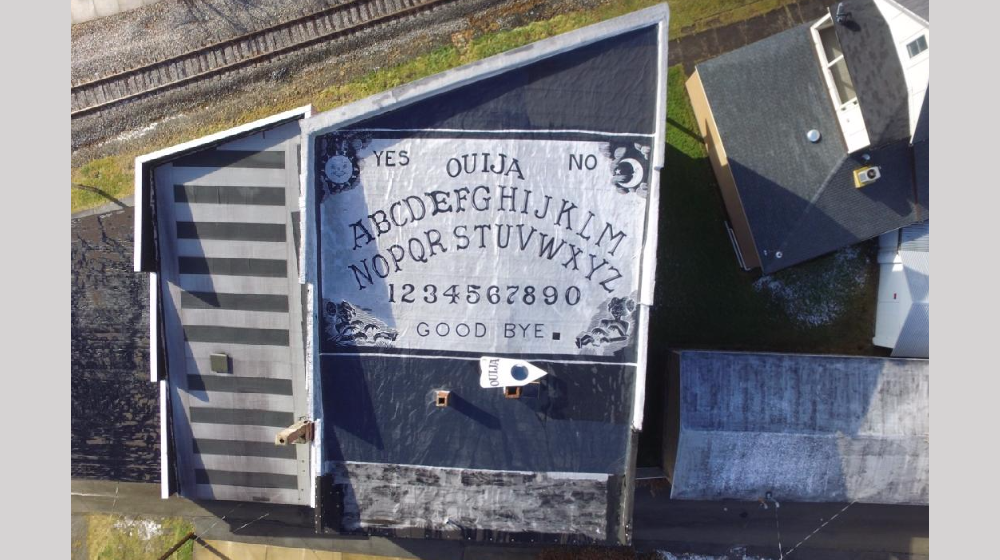 A Pennsylvania man partnered with the reportedly haunted Grand Midway Hotel on Oct. 28, 2016, to create the world’s largest Ouija board. The board was constructed on the roof of the hotel in Windber, Pennsylvania, and measured a record 1,302.54 square feet when it was done. 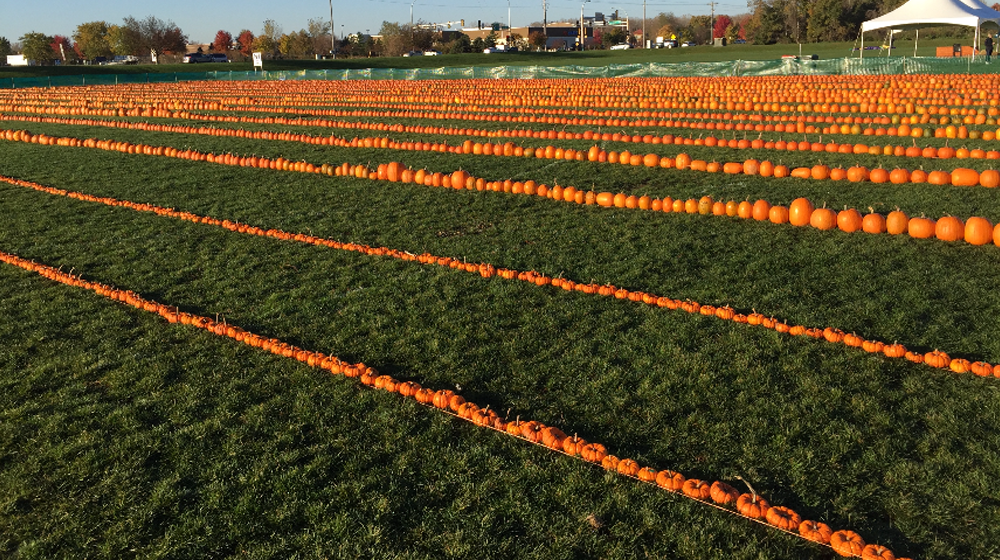 The Kris Lindahl real estate team assembled the world’s longest line of pumpkins on Oct. 23, 2016. The team used 8,672 pumpkins to make the 4,805-foot queue of gourds. The pumpkins were handed out to the public after the event. 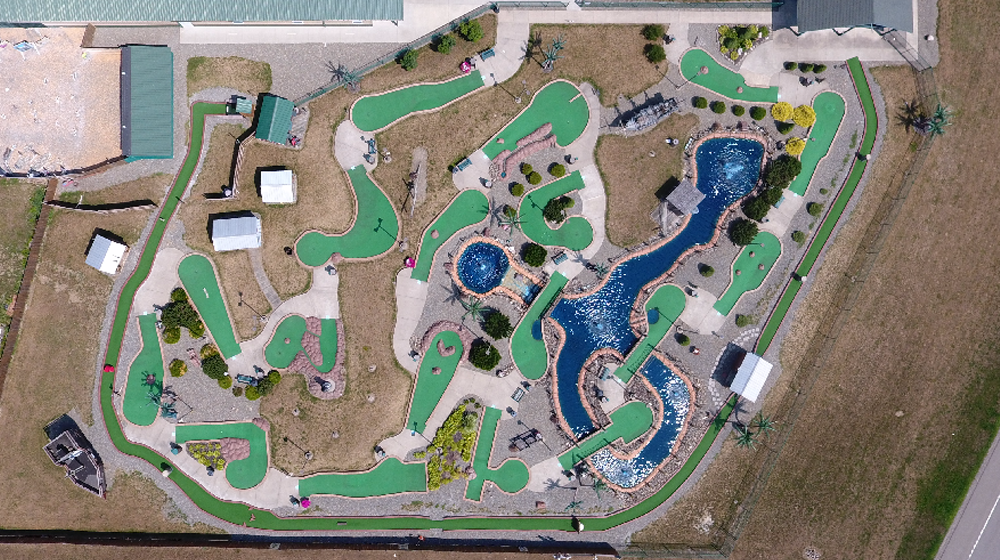 You’d need a 5-iron to ace this one. The longest miniature golf hole measures 459 feet-6 inches. It was built by Patricia Jordan and Shipwreck Golf Inc. in Cortland, New York. It was debuted on Aug. 19, 2016. 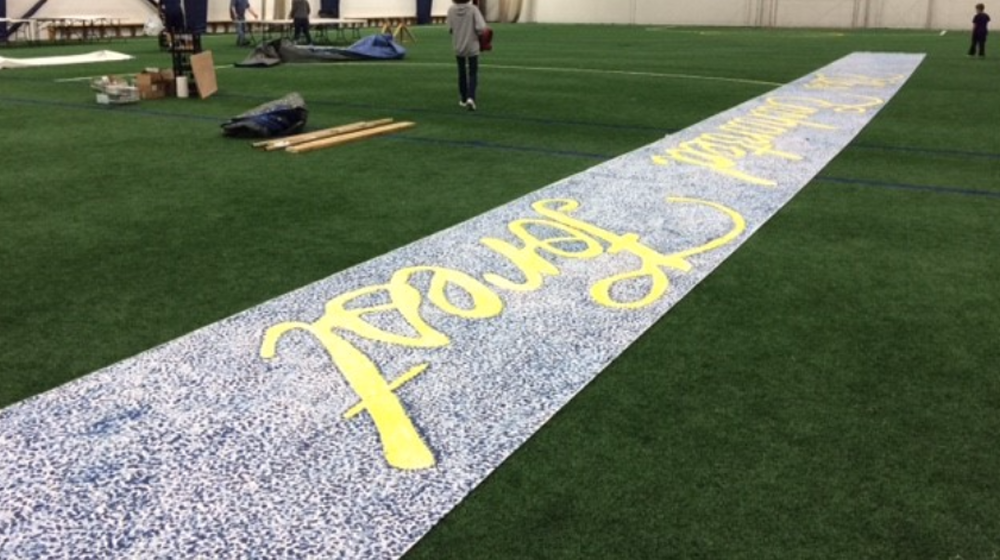 The largest fingerprint painting was created by Elle’s Enchanted Forest in Cleveland, Ohio, on May 14, 2016. It measures 383.203 square meters. Elle’s Enchanted Forest is a non-profit organization with a mission to have a playground for all children, especially children with disabilities, and disabled parents and grandparents so they have a place to safely play with their children. 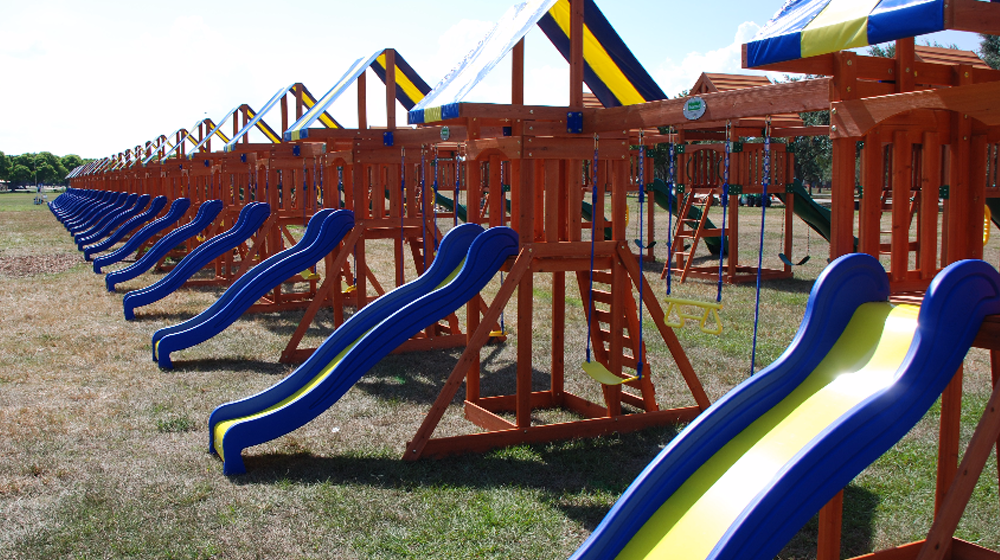 No word on if it was built on the world’s longest playground but the official longest line of swing sets is 51. They were constructed by Backyard Discovery with the help of Big Brothers-Big Sisters of Broward County, in Fort Lauderdale, Florida. on April 29, 2016. 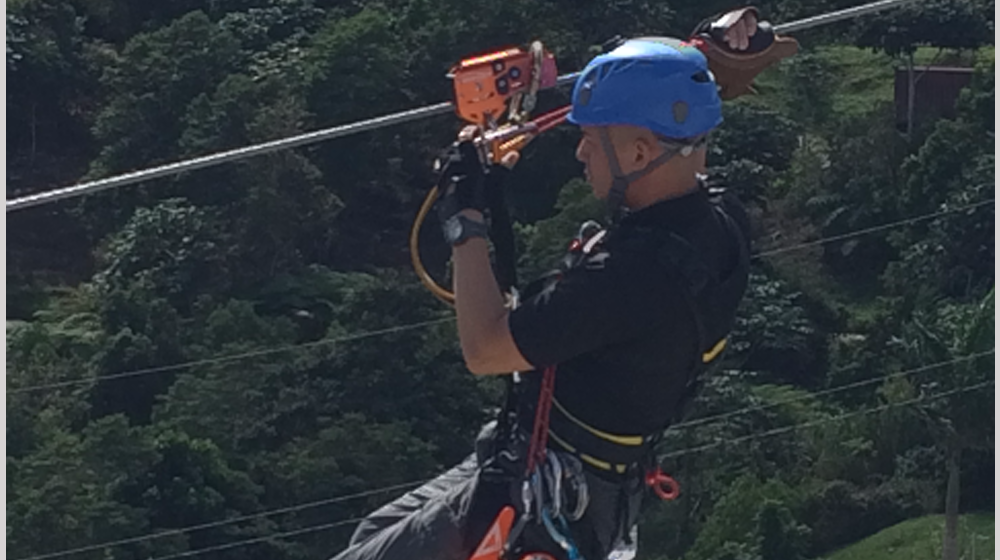 The longest zip wire is known as The Monster, and for good reason. It has a record-breaking single uninterrupted  span of 7,234 feet. It’s located at Toroverde Adventure Park in Orocovis, Puerto Rico, and was first opened on March 2, 2016. The park spent nearly two years planning and building the zip wire. 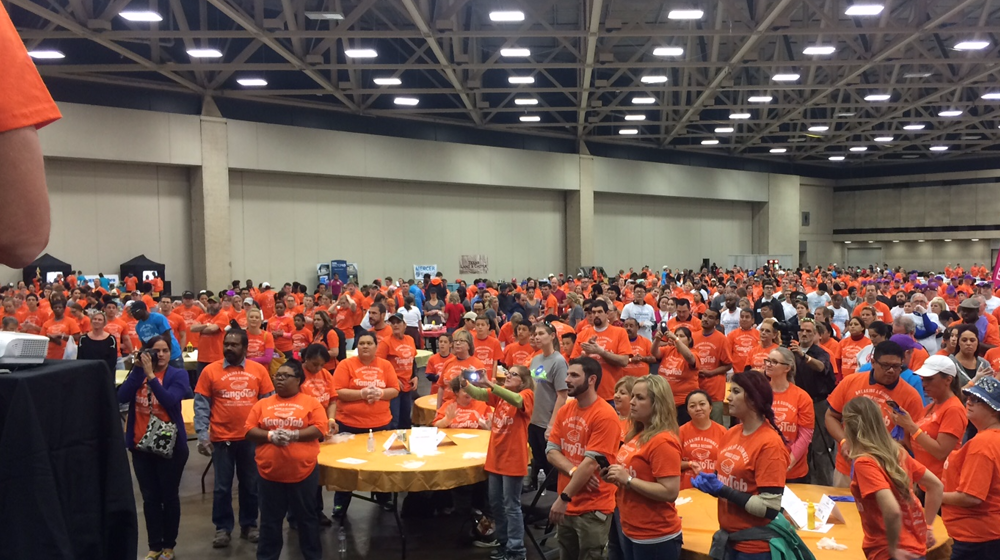 TangoTab and friends in Dallas, Texas, could not be outdone … by itself. The small business, which creates an app connecting customers with local restaurants, used the Kay Bailey Hutchison Convention Center to assemble the most people simultaneously making sandwiches on Feb. 27, 2016. TangoTab and Friends previously set the Guinness World Record in the same category two years prior.

All the sandwiches and other food donated at the event benefited several local food banks and charities.