Earlier this year at InfusionSoft’s ICON 2017 conference, I had the opportunity to speak with Justin MacDonald, who at the time led the marketing effort for African Leadership University, dubbed by CNN as the Harvard of Africa.

Justin shares how ALU is using marketing automation to scale their marketing efforts to reach their goal of creating three million entrepreneurs by 2060 by building 25 campuses throughout the continent. And by doing so changing a narrative of the continent to better represent the innovativeness and talent of the African youth.

Below is an edited transcript of the conversation. Click the video/audio embedded below to hear the full interview. 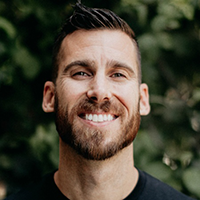 Small Business Trends: Maybe you can give us a little bit of a background on African Leadership University.

Justin M.: Our founder is Fred Swaniker, and we’ve got a really diverse team. Just the marketing team alone, we’ve got people from India, obviously people from the continent, I’ve got somebody living in Dubai, somebody from up in Egypt, and we’ve got places in the mid-east and … It’s really a diverse group as well.

ALU’s purpose is ultimately to transform the African continent to create a more peaceful and prosperous Africa. The mission is to create three million ethical entrepreneurial leaders by 2060. The reason for that is Africa has the largest growth on the planet. The continent has the largest growth on the planet and in the next two decades, we’ll have 1.1 billion working age people. So that’s either a huge opportunity, or a huge problem. And so, ALU is out to capitalize on that opportunity and see those 1.1 billion people as Africa’s greatest resource. More value than the resources that we pull out of the ground.

So that’s the mission. Break that down, and the vision is to do that through 25 campuses across the continent with about 10,000 students on each campus. And to do that over the next few decades.

Small Business Trends: Tell us about changing the narrative for how people perceive Africa.

Justin MacDonald: The innovation, the creativity, that exists in Africa from its leaders, its companies and its young people… The more challenges a country, or in this case a continent has, the more opportunities it has for innovations and solutions to solve those challenges. And you’ve a continent and a very large part of the population of that continent, especially the young population, that’s saying, “It’s time for us to leapfrog the rest of the world.” And to do that through ethical entrepreneurial leadership and impact economically.

And so you’re changing the African narrative for people who don’t have a real clear line of sight into Africa and think about what’s in the mainstream media of corruption and poverty and some of the narrative over the last few decades. Because the answer isn’t coming from the outside. The answer can only come from the inside.

Small Business Trends: One of the things that was really interesting when you were up on stage talking about this, is you use a campaign and use of different images in the campaign for the different audiences and the impact that had. Maybe you can talk a little bit about that?

Justin MacDonald: We were talking about our narrative. And narrative, in marketing, just means your positioning, right? It’s the words and the story you’re telling and aligning that specifically to your audience. And so, through market research and talking to customers in your market, you get clear on who are they and what do they want and what are the benefits of what it is you offer them, and what are they really seeking? Because they don’t want just a college degree, they want what the college degree gets them, right? And so, we got to get clear on those things and who we’re speaking to. So the specific example you’re talking about, was a really cool, I think a really cool kind of case study in using the same exact content and changing how we presented that content and what we emphasized in the narrative which differentiated what we wanted to talk about, not only in the text, but also in the visual.

And so email one, which performed really well, was a simple call to action to watch this video about our groundbreaking MBA, our world class MBA, and if it sounds like this is for you, go apply and that was it. In it we had a video that talked about the narrative of the MBA. Who’s it for, what is it, what’s the key differentiators?

The image, the thumbnail image on that was from our Vice-Dean of our school of business, Dr. Katherine Dugin who is a Chinese-American former Harvard and Oxford professor. Okay, so she’s not African, but she is African in spirit. Her time and her impact in Africa is extensive and she taught at Harvard Business School and so forth. Anyway, so what we were portraying there was world class, which we knew our market, our aspiring MBAs wanted … that was important to them.

They’re comparing our program, or MBA, to Harvard, and to Stanford, and to Warton. And so, we’re saying, this is how we compete against that and that’s what we show. After we sent that email, we saw a spike in our applications. We sent two other pieces of content and we were a little short on our goals, where we wanted to be. To drive our funnel we needed this many applicants to get this many students. We were a little bit short. It was literally the last three days of our cycle, the final deadline, and so, what do we have that we can actually try to get over the finish line.

And so, we had a list of people who we knew wanted this content and were interested in this content. We knew because all of them in this list we were sending our broadcast to has just taken, or recently taken their GMAT, which is the test you take before you get your MBA. And they all lived in Africa. So we have a very targeted audience, but that audience didn’t engage the previous three emails I just mentioned. So we knew that we had what they wanted, but weren’t talking to them in the way that resonated with them. So, we used the exact same call to action. We used the exact same video, but we changed the thumbnail.

We had a 46% open rate on the first email. We changed that to what we found was another key, possibly surprisingly differentiator for us, which is this concept of being Pan-African. Our MBA now has over 70 students and they’re from over 30 countries. And so, it was making those connections with other MBA professionals from other countries and to expand the network and get some of that context.

So that was the focus. And even the thumbnail itself, which was just a different thumbnail, for the exact same video had an African female speaking, engaging an audience, from the audience. And of course the audience was a sea of Pan-African people and it was already in the video, and I think it was coincidental, actually. At that time we actually had “Pan African” on that slide. So that was literally what we showed. And that spiked and got us over our goal that we were going for. And it was just using what we already had and shifting the narrative for our prospects

Small Business Trends: Shifted a narrative, an image that would be more appealing to a certain audience?

Small Business Trends: And it had that kind of impact?

So it’s again, it’s what are you trying to get them to think and believe. In one case we’re proving we’ve got a former Harvard professor. This is the single best position person on the planet to lead this organization. And that resonated with a lot of people.

But there was more juice left in the existing lemon we have, and for these people it did not just resonate. So instead we showed them a picture of them. This is what you want to be, and it looks like you.

Small Business Trends: So what’s the role of automation in the future to get to those goals that you guys are trying to accomplish?

Justin MacDonald: Without automation, without systems, without measurement mechanisms in place to get really clear on the numbers, there is no scale. Right?

I don’t know if you’ve ever played the sort of board game Jenga, where you have the stack of blocks. Right? And there’s three stacks. And you’re supposed to remove the bottom one and lay it on the top. And the next person goes. And the longer you play that game, two things happen. The taller the tower gets, and the less stable the base gets. And that’s what I think happens in our business. As we move things, we destabilize the foundation if we’re not really deliberate about our vision. And we make it taller which only increases the slightest variation, creates that wobble.

The higher you build, the more dangerous it gets, the more fragile it gets. So we’ve gotten really deliberate about building the systems in place, building automation in place, to create a seamless client journey. From the stage of awareness and lead capture all the way through getting them to apply, all the way through the post. Sort of a conversion point in the funnel where they are accepted. And we’re trying to nurture them at that point to you know, pay fees and fill out things they need to fill out. And then actually literally get there. You know?

And so we automate all of that, because you simply cant .. You can’t create that tailored client journey. You can’t do that at scale with manual follow-upper humans. And so we create our best day, and our perfect experience every single time, whether we have a hundred applicants, 10,000 applicants, or 100,000 applicants. That’s why we put those systems in place, to handle that tremendous amount of volume that we’re getting and only expecting to increase.

Small Business Trends: So where can people go to learn more about what you guys do?

Justin MacDonald: Go check out Fred Swaniker, our CEO. Check out his TED Talk. When he announced and launched this vision for the ALU. He literally announced what we’re up to and we’re now simply executing on that plan. So that’s a place to get some context and back story.