What is a WPAN and Does My Small Business Need One? 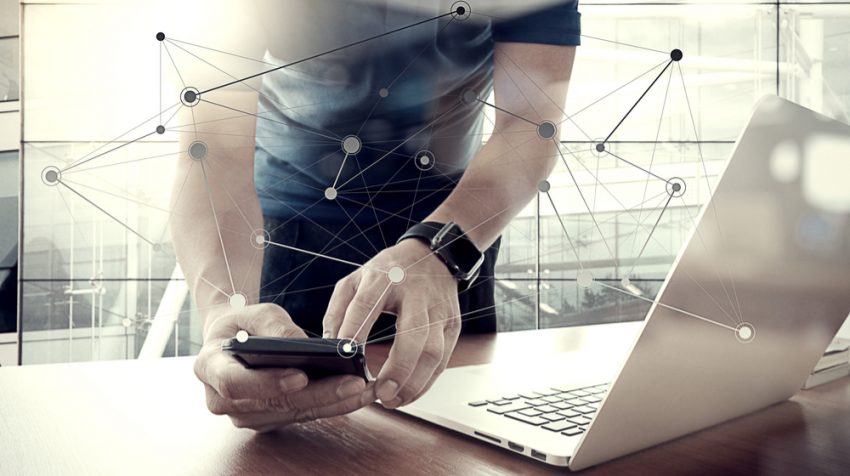 Like it or not, connectivity is crucial to any company’s success. Sales management, lead generation, remote working and everything in between are becoming increasingly reliant on the use of bespoke wireless networks – and the vast majority of small businesses could probably benefit from investing in their own network.

There are quite a few opportunities to explore when it comes to developing your company’s online connectivity, and no two are alike. But if you’re looking to experiment with a simple and low-cost option, it’s worth looking into Wireless Personal Area Networks (WPANs).

What is a WPAN?

A WPAN is a short-distance network that can be used to connect a range of devices to the same workspace. You might also hear people refer to a WPAN as a ‘short wireless distance network’.

WPANs generally offer the user a network range of around 10 meters, and so they’re most effective in a small office setting or for each staff member to use personally in order to connect multiple work devices. That might sound a little bit like a Wireless Local Area Network (WLAN), but WPANs typically rely on a pre-existing WLAN or WiFi connection in order to work.

A WPAN is essentially the next piece of the puzzle in terms of establishing total office connectivity. They’re created by utilizing a computer or smartphones as an Internet access point, and then subsequently tether other smartphones, tablets, printers or wireless enabled devices in order to share data.

There are several kinds of WPANs, and you’ll probably already be familiar with one. A huge number of smart devices now come with built-in Bluetooth, which is one of the easiest ways to set up a WPAN. Other devices may be able to establish WPANs using Ultra-Wideband (UWB) or ZigBee technology, although these can be a bit trickier to set up.

The type of WPAN you’ll be able to establish depends entirely upon how your devices have been configured and what they’re able to do.

Does My Small Business Need a WPAN?

If you need to do anything business-related using multiple devices simultaneously, you’ll probably need to set up a WPAN at some point.

Short-range networks like Bluetooth connections are a super low-cost and simple way to connect multiple, unrelated devices without having to shell out loads of money on overpriced IT infrastructure. WPANs also come with in-built security options that enable you to lock out other devices selectively – which prevents other team members or anyone else passing by from latching onto your network.

In terms of why you might need to set up a WPAN, the opportunities are basically limitless. WPANs enable you to do things like print documents off your mobile phone, send huge attachments from your PC to a tablet, regulate the temperature in a meeting room or control music on the shop floor. New possibilities are emerging each and every day, and most of the smart devices you’ve already got have these capabilities in-built. You’ve simply got to get them connected.

Setting up a WPAN is incredibly simple. If you’ve got a laptop or PC that was built in the last five years, you’ll probably already have spread spectrum technology like Bluetooth built in. But even if your computer doesn’t have Bluetooth, you can get fairly cheap USB adapters that will be able to transmit a signal in order to connect it with other devices.

First and foremost, you’ve got to make sure you’re connected to the Internet. Then, ensure you’ve got Bluetooth switched on so that your device is discoverable. You should be able to make sure you’re Bluetooth-enabled by going into your system settings and choosing from a pre-populated list of devices. Alternatively, you can choose to add a device – and then just follow whatever instructions might appear on-screen.

From there, all you’ve got to do is enable Bluetooth on any other devices you’d like to connect, select your access point and connect. How many devices you’re able to connect on the same WPAN depends on what you’re trying to connect and what sort of capabilities they’ve got.

Bluetooth isn’t the only type of WPAN, and it’s not the strongest, either. ZigBee and UWB WPANs could be faster, and are generally able to cover a wider network area. That being said, both are a bit more intensive to set up, and UWB networks have declined in popularity over the past few years because they’re considered a bit clunky.

But if you’d like to learn more about UWB WPANs, several device manufacturers offer comprehensive set-up guides. Likewise, you’ll be able to find some helpful how-to videos outlining how to set up a ZigBee network.

At the end of the day, the type of WPAN you’ll want to use will depend entirely on your own needs. But either way, it’s more than likely your business will benefit from setting up some sort of WPAN.