What Is a Bing Business Bot and How Does Your Small Business Get One? 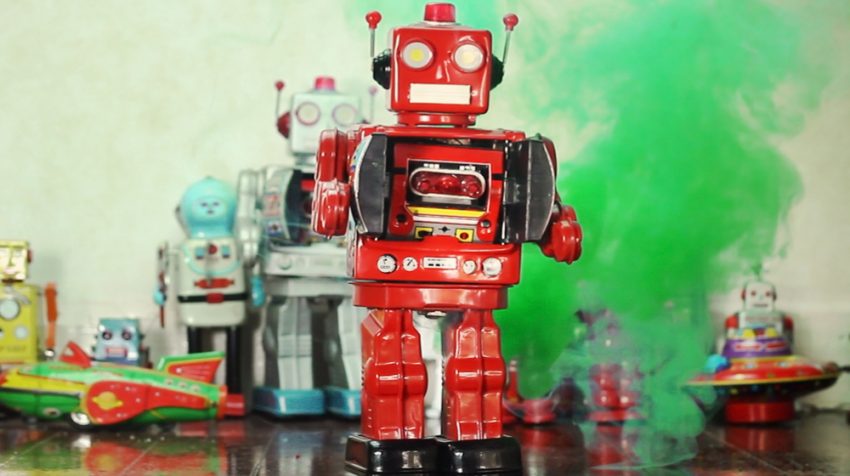 Small businesses rely on each employee to wear several hats, but being a jack-of-all-trades also takes time away from employees to do their job and do it well. Small business owners need as much help as possible, whether that is freeing up the hostess to get away from the phones and greet customers or focusing your executive administrator on running the front office instead of taking payments.

An employee’s day can easily be derailed by customers calling to ask the same questions over and over again; Are you open today? Where can I pay my bill? How do I find your prices? Where are you located? So, it’s easy to understand the necessity Bing sees in creating chatbots for small businesses. Chatbots save your paid employees time, which saves you money.

How Chatbots Work for Small Businesses

Bing launched Business Bots several months ago and is the first major search engine to do this. Bing Bots are programmed to know the answers to simple questions about a business. The business owner simply supplies answers to frequently asked questions such as hours of operation, location, menu items and more. The chatbots are engineered to understand questions and respond to those questions in natural language. This gets employees off the phone every other minute to say, “yes, we are open.” 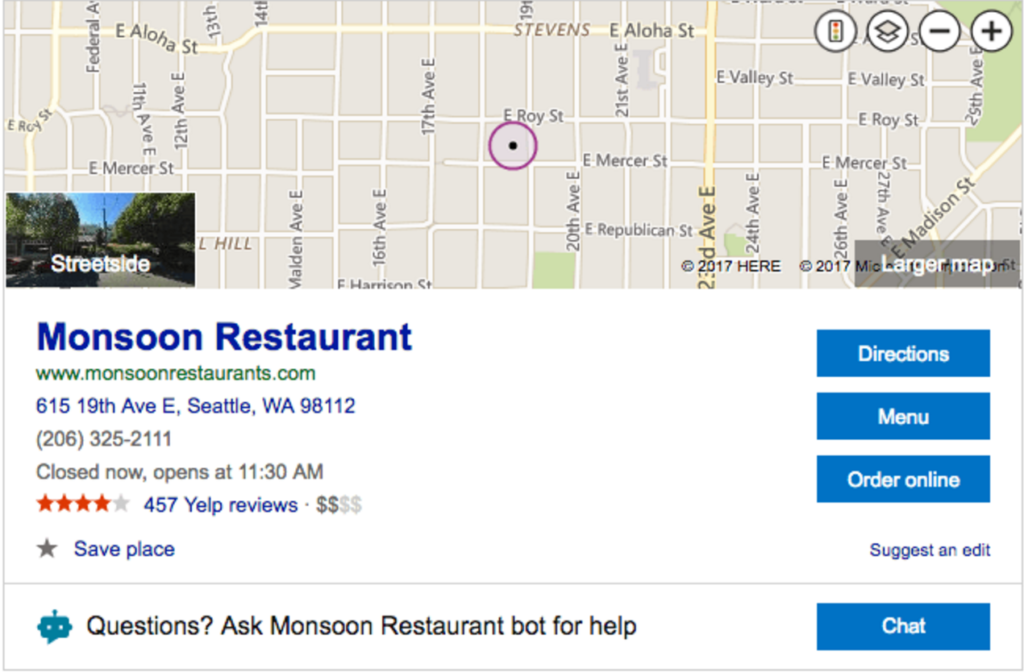 Bing’s bots can be used directly on Bing, Skype and even on a business’s website. If someone searches for a restaurant in Bing, the search engine results page (SERP) will bring up the listing with buttons to the website to call or to chat (see screenshot below).

So what if a bot doesn’t know an answer?

The bot has information stored for general questions, but if a customer asks a question it does not know the answer to the bot will provide the person with the business’s phone number. The bot will then reach out to the business owner so the owner can provide the answer to the question, so in the future the bot can be more helpful and again, continue to provide information about the business for its customers. This development may allow bots to continually update data and conduct transactions in the SERP.

The bot will also be available across platforms in the future – you create it once and publish across multiple channels such as Bing, Skype and SMS. Facebook Messenger and Cortana capabilities are coming soon.

The Evolution of the Chatbot

So, what is a chatbot, exactly? It’s a program that maintains a conversation with a user, using natural language. The bot understands the person’s intent and responds with the appropriate information. A mobile messenger is used for the chat, whether it’s SMS, Facebook Messenger or WhatsApp, or website.

The explosion of interest in chat bots can be surmised by a few developments:

In the end, it’s easy to see that the mobile world we live in has become the perfect place for businesses to take advantage of chatbots to garner more interest. Chatbots work well with the generations that have grown up on technology and want the easiest, fastest and simplest way to get information. Of course large corporations see value in these and have the development capabilities, but small businesses should pay attention to this as well. With a small team and everyone stretched to capacity, a chat bot could make a big difference in operations and allow your employees to focus on the jobs that take creativity, personality, and intuition.