Bitcoin Investment Doesn’t Have to Be Complicated? See These 4 Benefits 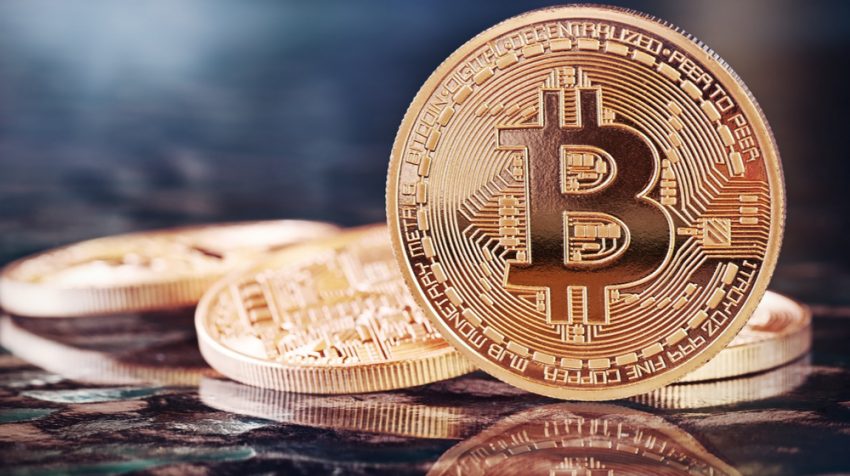 “I do think Bitcoin is the first encrypted money that has the potential to do something like change the world.” – Peter Thiel, Co-Founder of PayPal

When the co-founder of PayPal gives an endorsement, investors take notice. Bitcoin started out as an investment in which most people struggled to understand the mechanics and value. At its inception, the cryptocurrency’s only investors were technophiles ready to try out something revolutionary. Less than a decade later, Bitcoin has made huge strides in the investment universe and its value has soared to incredible heights. A $1,000 investment in Bitcoin in 2011 would be worth over $15,000,000 today — and it shows no sign of slowing down. In 2017 alone, Bitcoin has grown over 400 percent in value. Its continued growth and increase in adoption means one thing: Bitcoin has entered the mainstream as a viable investment option for the masses.

Satoshi Nakamoto, a software developer, created Bitcoin in 2009 in response to the collapse of the U.S. mortgage market the previous year. His idea behind Bitcoin was to develop a peer-to-peer currency which bypassed central authorities, like banks and governments, to create a more transparent and decentralized system.

Bitcoin is a digital currency that is created and held electronically. Bitcoin transactions take place on a public ledger known as the Blockchain, which keeps a record of every transaction made. The record of a transaction is permanent and cannot be changed or defrauded. Since there is no centralized body, like a bank, blockchain arranges the data in batches known as “blocks”. Blockchain technology promotes transparency and security and does so while maintaining lower costs than traditional methods — like credit cards.

Benefits of Investing in Bitcoin

1. Lower inflation risk- Inflation is one of the largest problems that hinders the dollar and other currencies around the world. Over time, all currencies lose value because governments keep printing more to meet demand. Bitcoin is projected to take another 10 years to reach its cap of 21 million coins, which ensures a low and steady rate of inflation. Once the cap is reached, inflation will stop entirely.

2. No effect of government policies- Regular currencies are subject to government policies and actions. Government failure or corruption can lead to hyperinflation or complete devaluation of the currency. Since Bitcoin is a decentralized currency, its value is not affected by the actions or policies of any one central authority. Case in point, in Venezuela the general public has lost trust in the local currency and has adopted Bitcoin en masse as the de facto currency for trade.

3. Limited Supply- The value of Bitcoin jumped from $14 in 2013 to a high of over $5000 this year. This amazing price journey is possible, in part, because Bitcoin is a limited commodity. Bitcoin’s limited supply and transparency of Blockchain technology means that it will never recreate a situation like the U.S. financial crisis of 2008-09.

4. Diversification- The price of Bitcoin has zero correlation with the price of traditional assets like stocks, bonds, real estate, etc. Investors can hedge their assets by including Bitcoin in an investment portfolio. The independence of Bitcoin ensures that at least part of the investor’s portfolio is not tied to the whims of the traditional financial system.

Is Bitcoin Recognized by the IRS as a Retirement Asset?

The IRS tax treatment of cryptocurrency as property allows investors to leverage their IRA accounts for protecting gains in Bitcoin from immediate taxation. In short, your investment can grow without being subject to capital gains tax.

What’s the Future of Bitcoin?

This showcases the bullishness in the market for the cryptocurrency. The current market price is hovering around $4,000 and analysts expect that investors are looking at returns of 50 percent in short term to over 500 percent in the long term.

How Can I Invest with My IRA or Retirement Account?

To add Bitcoins in an IRA account, investors needs to find a custodian willing to work with cryptocurrency. Unfortunately, the vast majority of the “traditional” custodians are not yet capable of handling Bitcoin transactions. Fidelity Investments, the world’s largest IRA custodian, currently only allows customers to view Bitcoins. They will not set up or allow clients to make transactions for a Bitcoin IRA.

Of those willing to handle the transaction, there are two models for Bitcoin IRA custodians:

Companies that offer do-it-yourself services will set up an LLC for their clients, essentially making them the CEO of their own hedge fund. This is also known as a “checkbook” IRA. The custodian exits the process once the LLC is set up and it is up to the client to find a trustworthy exchange, execute the trade, and store the Bitcoins safely. The client assumes all responsibility in ensuring IRS compliance; hence, the “do-it-yourself” terminology. The custodian plays a tertiary role, only assisting in the initial set up of the LLC.

In a full-service model, the company assumes responsibility of setting up an account, rolling over funds, making the exchange, and securing the funds in a digital wallet. A full-service company will ensure that every step of the process is IRS compliant. The Huffington Post recommends Bitcoin IRA, based in Los Angeles, and lists some other Bitcoin IRA companies as well.

In short, it’s up to the individual investor to decide how to proceed with setting up a Bitcoin IRA. Those with extensive financial and tax law knowledge will be comfortable taking on the process themselves. Most individuals will likely choose to have a full-service custodian take on setup.

Bitcoin is certainly an intriguing asset and it makes sense to invest a percentage of your total retirement portfolio. An investment in cryptocurrency is the smart bet for diversifying your assets and ensuring that part of your portfolio is not tied to the traditional stock market and the inflation of fiat currency. It is vital that the investor chooses a specialized Bitcoin service provider as opposed to a generalist IRA custodian for ensuring customer-support, compliance and the safety of funds.