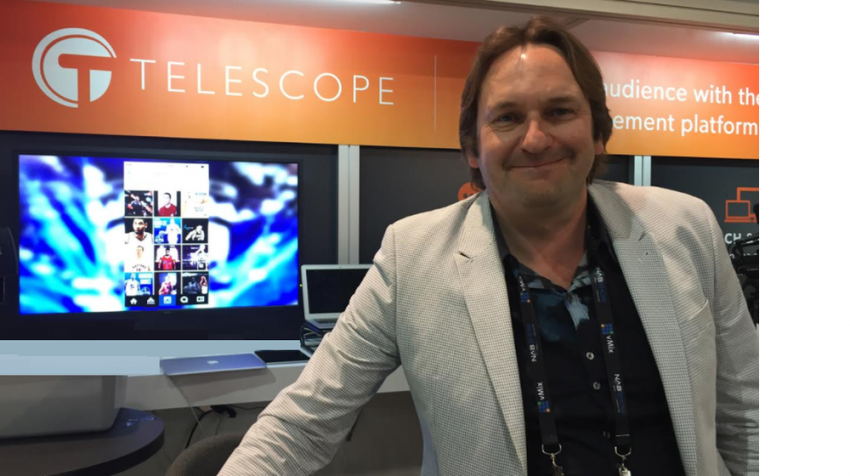 The team at Telescope.tv might be small in size, but the interactive experiences they deliver are globally scalable. As a social and video solutions specialist for Fortune 500 brands such as CNN, FOX News, the NBA, Vans, Twitter and Facebook, Telescope has a client list any small business would envy — including all the case studies to underscore their hard-earned reputation.

Small Business Trends contacted Telescope’s CEO, Jason George, to find out what makes them unique and so trusted.

Behind the Big Shows: A Small, Skilled Team

For more than 20 years, Jason George has been a pioneer in both the social and engaged TV spaces. Partnerships with Facebook, Twitter and others have made Telescope the authority on the tech that allows live shows and news bureaus to offer engaged social video and other types of audience interaction.

Small Business Trends: What does Telescope do? When did you launch?

Jason George: Telescope makes traditionally one-way communication platforms into a two-way conversation with your audience. We don’t really care if that consumption is happening via a broadcast medium or an OTT platform like Facebook. Our role at Telescope is the same — to turn that into a participative experience where the audience responses are somehow represented within the experience. We’ve been around for 15 years and counting.

We’re pretty close to the Facebook Media Solutions team and when Messenger APIs were opened to third parties, we created a real-time voting product that’s been utilized on a number of campaigns including the 2016 MTV VMAs, and CNN’s “Heroes” program. It’s more of a “second screen” solution allowing our clients to offer an interactive channel via Facebook Messenger alongside their content. The Facebook Live streaming API is a separate initiative to drive quality live content into the Facebook platform. We have a constant lifecycle of innovating with the major platforms, whether it’s Twitter, Instagram, Facebook, Google or even iTunes voting.

Small Business Trends: Live interaction adds a lot of “life” to the content. It sounds like engagement is Telescope’s main focus?

Jason George: We have different products that broadly fall into two categories: engagement tools which motivate audiences to participate and take action. Examples are voting, commenting, uploading a picture or video, sharing. We integrate with the social networks to publish that experience into their digital application and, where available, we also integrate their APIs to pull publicly available UGC, filter and moderate that user-generated content via our moderation tool and publish it either to the social network or into a customer’s own web site or mobile application. Our fan feed product is one example. 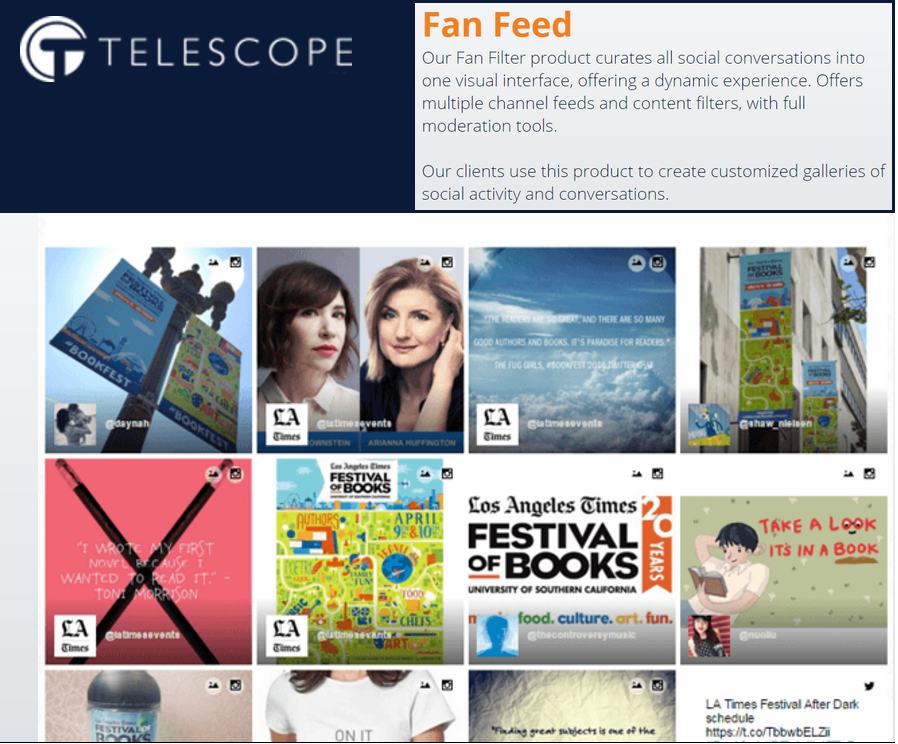 Secondly we have a software product called Live Studio which is a full end-to-end management tool for live streaming to social networks. It’s really focused on delivering quality live video content, combined with graphics and the audience engagement tools I mentioned.

Just under half of live video views on Facebook come to people’s news feeds even if that person did not make an appointment to view that content. He or she can see a video if it was surfaced via the Facebook algorithm. Either it was meta-tagged with one of their interests or follows, one of their friends commented, shared or liked it, etc. When you use Telescope live streaming, you get maximized “social hooks” to drive discovery of your content. Also: Monetization of content and retargeting fans and customers are areas we can help with. We also offer voting and polling directly within FB Live streams, maintaining that native experience. Methods like Twitter voting aren’t the same as that, of course. 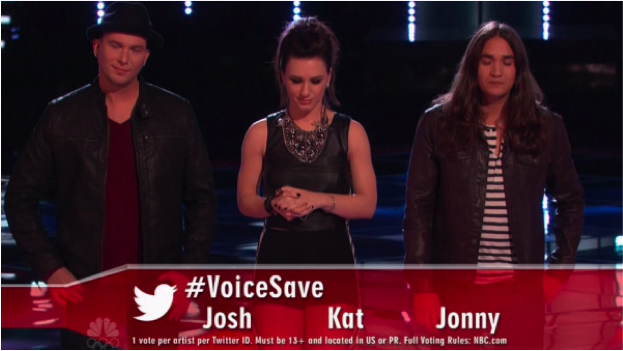 Small Business Trends: What are some major moments in your company’s history that you’ll never forget?

Jason George: We’ve been involved in several Guinness World Records for most votes in a single night with “American Idol.” Those have definitely got the adrenaline going at times, just making sure all our systems could perform under the weight of that volume as well as getting all the votes tabulated and verified in time to get the producers the results to produce the next day’s Finale. There wasn’t much sleep on a few of those nights!

The NBA Sprite Slam Dunk SMS program which ran for several years until 2015 was also pretty challenging in terms of technology innovation, as was “The Voice’s” Twitter Save which was a real-time vote with a 5-minute window at the end of their Tuesday results show. Never been done before — and in one show there was a difference of, I think, two votes out of thousands and thousands. Like the Slam Dunk, we have about 10-15 seconds to verify the result and give it to producers so the heart’s pumping on that one! 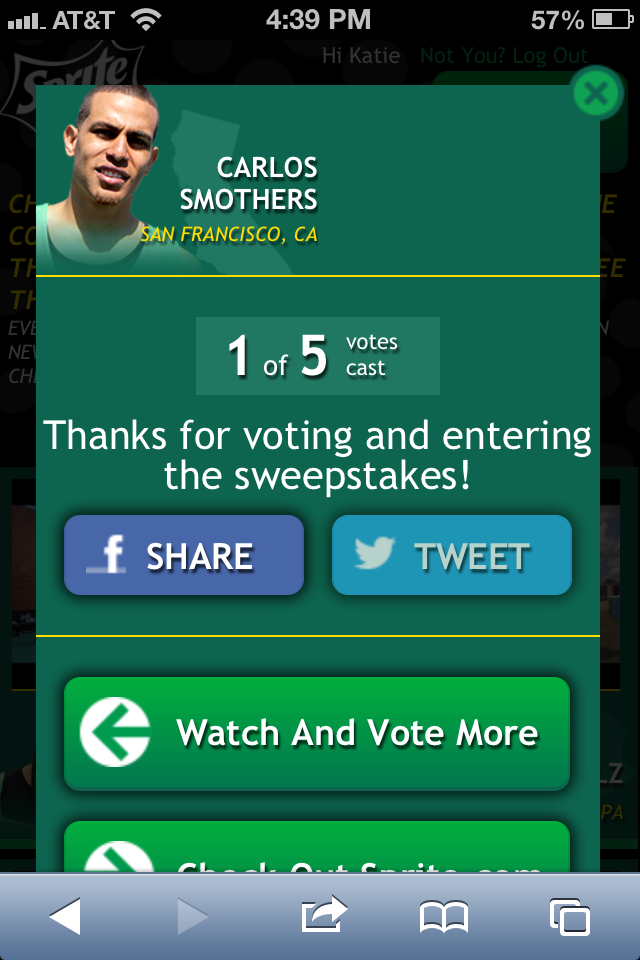 More recently, the One Love Manchester concert has been a highlight for sure; not just because we were able to deliver something technologically demanding and complex. I’m from the UK, grew up close to Manchester and lived there for a time so from a personal perspective it really hit home. I was pretty touched and proud that we were able to play some small part in an event which will hopefully bring a bit of hope and make a small difference to those people caught up in a terrible tragedy.

Small Business Trends: Thank you for facilitating the donation process for that important event. Who can hire Telescope to set up donations through Facebook?

Jason George: The charity must be one that is officially recognized by Facebook.