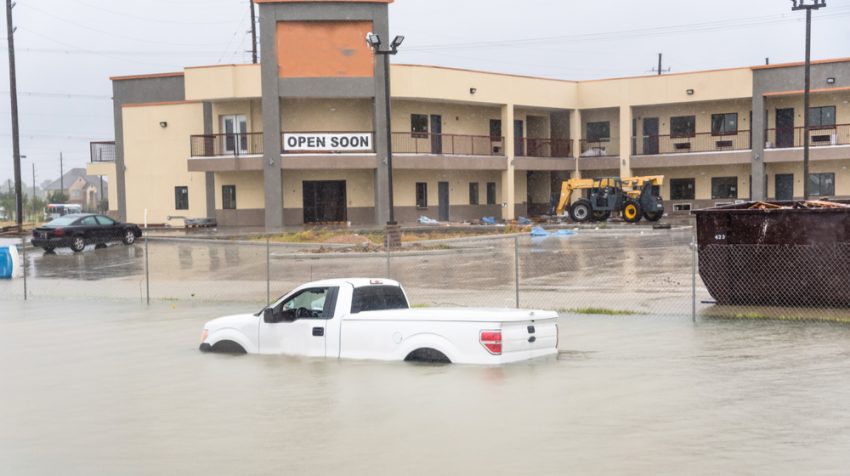 Small businesses in the wake of Harvey face a tough road ahead. In order to overcome the massive flooding, damage and displacement of employees and customers, businesses might have to rely on special loans and programs to rebuild.

You can read more about small business options after Harvey and other news making headlines this week in the Small Business Trends news and information roundup.

As Tropical Storm Harvey moves towards Louisiana, catastrophic flooding continues resulting in increased damage for small businesses and homeowners around Houston and the Texas coast. But in the weeks and months following the storm, small businesses in the area may find their greatest challenge is trying to find a way to get back up and running.

Small businesses in the U.S. created about 48,000 jobs in the last month. That’s according to the August ADP (NASDAQ:ADP) Small Business Report. This figure actually shows a slow-down in job creation among America’s small businesses.

Small business job growth in the U.S. has slowed for the sixth straight month as wages for these jobs continues to rise. That’s according to the latest Paychex | IHS Small Business Employment Watch for August. The Small Business Jobs Index did show a slight dip that was negligible.

MoviePass Shows Small Businesses the Power of Membership Programs — as Long as They Work!

MoviePass is a new service that essentially lets customers see one movie in participating theaters every day for just $10 per month. The service creates an obvious incentive for customers. Unfortunately, the service might still have some bugs that need to be worked out. Business Insider recently tested out the service and ran into some issues, however.

Disney is going local to promote the newest Star Wars movie. Instead of sticking with nationwide advertising campaigns and huge events in big cities around the world, the popular film franchise is letting fans discover secrets about the new movie through an augmented reality game that takes them to locations within their own communities.

55 Percent of Buyers Prefer Shopping with Brands Over Retailers

More than half of all shoppers (55 percent) say they want to shop directly at the brand manufacturer rather than a retailer. That’s great if you own a manufacturing company and put your name on your products. If, however, you are a retailer, you might want to revisit your strategy to attract and retain your customers.

Tom Brady and the New England Patriots are the defending Super Bowl champions. They are also projected as the favorite to win the Super Bowl again this season. Playing now in his 17th year as a professional quarterback, Brady’s career arc has been nothing short of spectacular. He went from a lightly-regarded prospect in college to arguably the greatest quarterback in NFL history.

Running your own small business is the life, right? Being in control of your day and your destiny sounds great. That’s the goal and the reason you decide to venture into business on your own, but a new Fundera survey of small business owners reveals small business ownership isn’t for the weak-willed or faint of heart. The life certainly comes with its hardships.

Even though health is a major trend in the food industry right now, healthy food isn’t always easy to find. That’s the reality that led one entrepreneur in L.A. to start Milk & Eggs. You can read about this startup and how it’s changing the way consumers can buy healthy food items below in this week’s Small Business Spotlight.

As Donald Trump continues to cut Federal regulations, local and state governments are going the opposite direction by implementing new employer regulations. A new infographic by Paychex highlights five areas where state and local governments are adding layers of regulation on employers.

If you went on YouTube this morning and felt something was amiss but couldn’t quite put your finger on it, you were not alone. The company made several changes to the user interface (UI) for the desktop and mobile platforms, along with a redesigned logo.

Facebook (NASDAQ:FB) just announced it is taking yet another step to ensure what it calls ‘False News’ (widely known as ‘Fake News'”) is not spread across its platform.

The convergence of several technologies is making live video or streaming available to anyone with a smartphone. According to a new infographic from One Productions, it will grow the industry to $70.05 billion by 2021.

Fitbit Smartwatches Remind Entrepreneurs Products Should Have a Reason for Being

Fitbit’s (NYSE:FIT) new smartwatch, the Fitbit Ionic, is currently available for pre-order. But the company wants you to know that this isn’t just another generic smartwatch — this one actually has a reason for being. In keeping with the company’s history, the Fitbit Ionic has a specific focus on health and fitness.

In just four years, GIPHY has reached 200 million daily users, while serving more than one billion GIFs (Graphics Interchange Format) every day. In announcing this milestone, the company is still trying to figure out how to monetize the platform as more people and businesses come aboard. You probably already know what a GIF is, but GIPHY might be new to you.

Did you know 60 percent of small businesses that have been hacked go out of business within six months of the cyber-attack? With phishing scams on the rise, businesses need to be aware of the various attacks in circulation and how to be prepared if they fall victim to a malicious cyber-attack.

Ever get a bright idea when in an area with poor internet and mobile access so you can’t share it with the team? Zoho has your back with some new upgrades included in its Writer for Mobile app. The redesign to the company’s existing iOS and Android apps lets you view and edit your work even when you’re offline.

MasterCard (NYSE:MA) is setting its sights on Mexico City, a major metropolitan area that still runs mainly on cash transactions. And the initiative could have an impact on small businesses. There are about 22 million people in the Mexico City area. And more than half of them don’t even have a bank account. So they aren’t using credit and debit cards for purchases