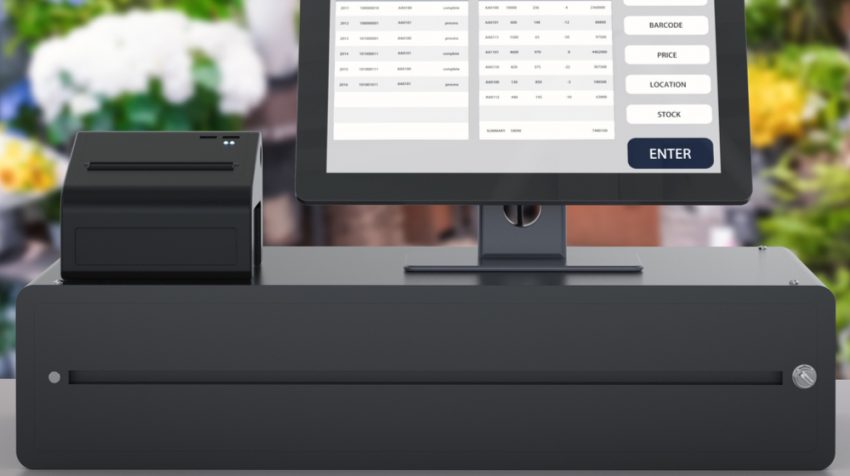 Point of sale — albeit a crucial factor, has been one of the most underrated areas in retail. Even seasoned digital marketers have overlooked it. Shipping, mobile commerce and retail UX are the areas they have hitherto prioritized. Many haven’t even caught wind of PoS until 2016, despite inexpensive PoS solutions being available.

No doubt they have a lot of catching up to do, but that in no way means they are at a disadvantage. That’s because the early adopters of PoS marketing are not doing it right, at least many of them are not, which means the playing field is leveled. PoS marketing is quickly evolving. Retailers are bombarded with new challenges. PoS mistakes are due to not being able to identify the challenges.

Let me talk about the challenges and the corresponding mistakes.

I don’t usually make prophetic claims. But I am sure I can make one in regard to the quality of PoS devices in the majority of online stores. Those are IPv4 devices. Not that you’d face any problem running them, but you’d definitely lack the competitive edge if you keep operating with them as IPv6 PoS devices are soon going to be the reality.

A report from Juniper Research indicates retailers will spend more than $2 billion by 2020 in hardware installation. Another report from Accenture indicates IoT is revolutionizing the key aspects of online retail. It’s not hard to connect the dots: IoT will perfuse into the PoS framework and IPv6 PoS devices will soon hit the shelves.

Now operation wise, IPv6 PoS terminals will not offer too many new things. That’s not a problem as managing existing retail operations with increased speed and accuracy is enough for the eCommerce industry at this moment. According to the National Retail Foundation, US retailers lose $224 billion for excess inventory and another $45 billion for improper inventory management. With IPv6 PoS systems, this lost money would be funneled into the business again.

When it comes to IoT adoption, large enterprises are miles ahead of their small counterparts. 451 Research reported data center management is the top IoT application priority in the IT industry. In the non-IT vertical, gas, oil, utility and manufacturing companies are the early embracers of IoT. Retail is yet to get up to the speed.

Retail currently accounts for only 4 percent of IoT usage and workload distribution. With time, the adoption rate will increase. But large retail chains will be the beneficiaries of IoT adoption as they can afford to install state-of-the-art IoT PoS systems. This could put small retailers at the risk of losing business.

Small online shops might find themselves left out when IPv6 PoS devices freshly arrive in the market for retail checkout. Add to that the out-of-pocket costs (warranty extension, renewal of contract, repairing) and many are bound to shy away.

How can small retail businesses afford cutting edge IoT enabled PoS systems? This brings us to our next point.

Not Relying on Cloud

Market analysts believe the transformative role of cloud computing will push the retail industry to future growth. What they don’t mention is the beneficiaries of cloud in the retail space are mostly large retail chains. Hallmark Cards, the greeting cards giant runs their business on a private cloud. The company is worth $4 billion and has 40000 outlets all over the world. And they are not alone. There are hundreds of other large retail entities.

Small retailers are yet to jump on the cloud-computing bandwagon. To avail the benefits of IPv6-run PoS, they need to hop onto it. Cloud eliminates the need to have physical machines. Small retailers won’t have to purchase PoS machines, they can simply rent virtual 128-bit PoS terminals, offered by cloud solution vendors.

If they find the private cloud expensive, they can switch to a hybrid cloud service — a fusion between private and public cloud. Cloud-based PoS is already a reality, but due to the low adoption rate, it’s hard to make an educated guess as to whether the initial low subscription cost renders long-time profitability.

However, when IoT blends with PoS, cloud will become the defacto scaling option for a number of smaller retailers.

Hence, not leveraging the cloud will be a huge mistake for them.

CMS platforms like Magento, Drupal, Shopify and BigCommerce are tailor  made for eCommerce operations. These platforms are open source, meaning anyone can develop custom plugins to fast-track the store’s operations.

Most customers find the checkout process boring. Customization, as described above, can make the experience entertaining. Shopping cart abandonment plagues the eCommerce industry. Over 80 percent of customers abandon their carts. Separately developed PoS modules, simplifying the checkout process and making it more colorful, can bring this rate down.

Shopify and Magento are the best eCommerce platforms in my opinion. If I were to make a choice between the two, I’d go for Magento because its community edition has a group of supportive developers. Shopify, on the other hand, is technically slightly more difficult.

But nobody develops custom modules themselves, not even small entrepreneurs. They hire professional developers. Cost may be an issue, especially if the extension in question is for streamlining complex day-to-day operations. But I think cost is the necessary evil here as custom eCommerce extensions add unique customer-centric features that can help small retail stores rake in profit.

Online store owners, especially if they run small businesses, need to think outside of the box. Sure, PoS systems may offer cool features but how you harness those features is totally up to you, and that’s where your creativity comes into play.

For example, some PoS systems allow owners to post tweet. How can you benefit from such a system? You can tweet all day and share updates with your followers, but guess what! Other retailers are also doing that, which means you won’t get any competitive advantage over them.

But instead, if you use your Twitter handle to listen to sore customers, you’d justify the quick access to the social platform that the PoS system grants you. It’s just an example, but it shows where creativity can take you. When IoT devices arrive, sequential screening would be easier as those devices operate within a connected framework. With sequential screening being easy, exerting creativity would be even more rewarding as you’ll be armed with customer insights.

Ecommerce is a marketing touchpoint that thrives off of technology. PoS is the lifeline of the eCommerce industry, implying mistakes around it can severely damage your retail store’s prospects. Hence, follow the tips shared here to steer your PoS marketing strategy clear of mistakes.