I’ve been fascinated with Amazon (and devices from them) for years now. So much that I’ve been in the process (a long process …) of writing a book on how this one company has and continues to change the rules of customer engagement for almost every business. And as the years go by, maybe the most fascinating thing about Amazon is that the number of ways they are impacting customer expectations for engaging with vendors grows larger and come faster as time goes on.

There is so much going on with Amazon these days I find myself watching them constantly and looking for lessons to take away from all the moves they’re making, from a customer engagement perspective.  And I not alone in my non-stop watching, as my friend and ecommerce thought leader John Lawson is a big time Amazon watcher as well.  So it was only natural for us to take our watching to a new level and do it together, which is what our video podcast Watching Amazon is all about.

So, while this is a bit different than the usual conversations I post here weekly, there are so many interesting things going on around Amazon that I thought I’d share one of our Watching Amazon episodes we call The Week in Watching, where John and I look at a few developments that caught our attention recently and discuss their potential impact on ecommerce and customer engagement.  Here we talk about the recent announcement that liquor sales are coming to Amazon Prime Now, what the Google-Walmart voice shopping partnership will mean for the industry, and how Amazon’s recent acquisition of a shopping mall to use as a fulfillment center is business jujitsu that only they could pull off.

Below is an edited transcript of our conversation.  To see the full episode — with corny jokes included — click on the embedded video and audio players below. 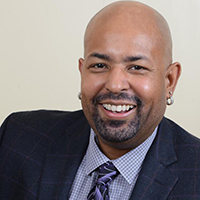 Google and Walmart Partner to Compete in Voice Shopping

Small Business Trends: So, what do you think comes from this kind of partnership? Will they push Amazon for leadership in the voice shopping category?

John Lawson: Let’s be real. Right now, at best, eCommerce, as a whole, is 10 percent of the market. Amazon probably owns about 50 percent of that. So, Amazon’s maybe 5 percent of the entire market, and then how much of that is really being ordered right now through voice? Very minimal, especially when you look at the whole wide thing.

John Lawson: Yeah, exactly. I think with Google, they know that if we lose this one, we’ve kind of lost the whole ball of wax. So, it’s like, let’s go ahead and focus in. Let’s get a good partner instead of with everybody, because they’ve been partnered with everybody. With Google Shopping, you can order from all these different places with, what is it? Google Now?

John Lawson: But the thing was, that’s hard to scale because everybody’s got different terms of agreements. So, now, it’s like, let’s get real deep with one partner that’s got most of everything that Amazon’s got. I think that’s where we are right now.

Small Business Trends: Yeah. As it comes to the competition with Amazon, I’m saying, Google and Walmart just better be glad they’re going to have a chance for second place.

Small Business Trends: I’m saying that because I think it’s harder to coordinate between two companies the things that Amazon can do internally. Not just with the technology, but also with the processes, with fulfillment, with being able to be quicker when they see things happening in the market.

John Lawson: Who do you call?

Small Business Trends: Oh, you’ve got to determine which piece goes wrong, and then who’s going to try blame the other people for it. So, I think it’s so much harder to have these concerted integrated partnerships than it is to have one company who is creating the technology, creating the processes, and creating the experiences. So, I think, overall, it’s a great thing for voice commerce because Walmart and Google, they’re two huge companies, and when they start to get themselves together, that means that there’s another competitor out there.

Apple’s coming with the Home Pod. They’re going to have to do something.

Small Business Trends: That’s an unknown, but the bottom line is, all the big guys are lining up, and it’s going to push the overall voice commerce economy. I think we’re going to see an accelerated increase in the percentage of eCommerce coming from it because of voice commerce, but I still think Amazon is …

John Lawson: Wait, wait. I thought your statement of, “They’ll be lucky to get second place,” that was … That’s a pretty bold prediction right there.

Small Business Trends: You’re not the only one that’s bold …

Brent Leary: But I do believe Amazon, with the Echo, pretty much had a two, two-and-a-half-year lead.

John Lawson: And what’s the device adoption in the house right now? It’s something crazy.

Small Business Trends: Yeah, Amazon is, right now, is killing it … with Prime Day, they sold seven times the amount of Echo devices that they did the year before. The Echo Dot was the biggest-selling product on Prime Day.

John Lawson: And it’ll be bigger for Christmas, too. It’ll be huge.

Small Business Trends: And the other thing that’s missing, I think, with Walmart and Google, they don’t have an answer for Amazon Prime. That is the biggest driver-

John Lawson: Walmart used to have a Prime, and they used to charge $99 a … Was it Walmart? Or was it Google?

John Lawson: Google used to have a shopping type Prime, and now they’ve made it free to compete with Amazon. So-

Brent Leary: Amazon is going on a hundred million members of Prime, then they go out and buy Whole Foods. Now you’re going to be able to say to your Echo device, “Get me some of that gourmet stuff at Whole Foods.”

John Lawson: Yes, which I will be saying.

Small Business Trends: So, that’s why I’m saying that my bold prediction is great overall. It’s great to see the competition.

John Lawson: Now you can order alcohol through Prime Now. That’s going to be important for a lot of parties.

John Lawson: I think that’s very interesting though, that Prime’s able to do that in these local areas… other than wine clubs, I don’t know anybody else that’s able to deliver alcohol to your door so this is pretty awesome.

Small Business Trends: It’s big because it’s one of those “last mile purchases”.

John Lawson: I mean, you’ve been there before where you’re like, “Okay, we got a football party going on,” and all of a sudden five, six more people come and you’re like, “Dude, somebody’s going to have to go out to get a couple more 12 packs.”

Small Business Trends: Can you imagine what the Colt 45 commercials could have been with Billy Dee Williams and this?

Small Business Trends: This is a little bit more enterprise-y, but there was news that came out recently around a partnership with Microsoft and Amazon so that Alexa, which is, of course, Amazon’s virtual assistant and digital assistant, talks with Cortana, which is Microsoft’s digital assistant. I think this is big news because I don’t think we’re going to live in a world where one digital assistant rules everything.

Small Business Trends: So when you have these big companies like Microsoft and Amazon opening up their digital assistant so that they work together, that means more things are going to be able to get done by any individual digital assistant. I think maybe this is the first step in being able to ask your digital assistant one thing and maybe in the background without you even knowing it.

Small Business Trends: It’s working with these other digital assistants.

John Lawson: Do you think that’s going to be maybe a single point for a lot of these things?

Small Business Trends: I think that it’s going to put … There’s already lot smaller companies that are doing individual digital assistants that do one thing, do it really well.

Small Business Trends: I think you’re going to see the big guys like the Alexa’s, like the Cortana’s, be able to start working with these other little things in the background and it’s great that the big guys are going to actually allow theirs to work with the other big guy. Puts pressure on Google-

Small Business Trends: And Apple, and anybody else that is trying to become like the Numero Uno. I don’t think you’re going to be able to be a numero uno if you have a closed system with this.

John Lawson: Amazon has purchased one of America’s biggest malls that is out of business, now, in the Ohio area. They’ve purchased it and they’re going to open a distribution center there.

Small Business Trends: Remember the days when you were a teenager?

Small Business Trends: You would go hang out at the mall all day long?

John Lawson: Gone. We’re at the mall area right now and I … You don’t see the kids getting dropped off like we used to.

John Lawson: They’re in and out, if anything.

Small Business Trends: We talk a lot about how jobs are going away because of technology.

Small Business Trends: Here’s a chance where it’s a different kind of job. You won’t be doing customer service in terms of front-facing, “May I take your order? Can I help you?”

Small Business Trends: But what you will be doing once an order comes in online …

Small Business Trends: That’s a different kind of job, but it’s a job no less.

John Lawson: That’s right. That just goes to show you when we talk about things like voice shopping, we talk about AI, we talk about robotic learning, it’s going to replace some jobs. But it’s also, at the same time, going to create other jobs that we don’t even know might be needed at this time. Everything’s cyclical, I don’t think we’re going to just all of a sudden be without jobs because of robots. We’ll see though.

John Lawson: We’ll see, but I think it’s really cool that they’re able to reuse some of this space to do fulfillment and still do commerce.

Small Business Trends: I think it’s ironic that they [Amazon] put all these companies out of business. They close these people … then Amazon comes in and uses them for fulfillment.

John Lawson: And gets the space at a discount.

Small Business Trends: What a business jujitsu move that is.

John Lawson: That is, that is … You know what? I see them repeating it.

Small Business Trends: I’m sure there’s a whole bunch of Borders stores that are just sitting there, big buildings. They’re perfect for fulfillment.

John Lawson: That would really be the nail in the coffin.

Small Business Trends: That would be just so … Amazonian …

John Lawson: Yeah, that would be … Yeah, that’s a little much, man. It’s Amazon and we know that they are … They’re a beast when it comes to competition. They really are.