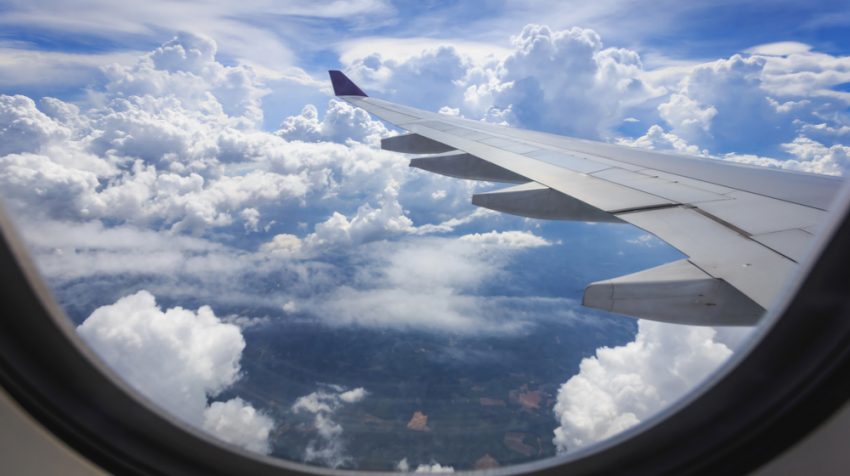 It’s a familiar — and frustrating — experience: Planning a trip and checking airfares every few days, waiting for the perfect price to appear. Finding the opportune moment to buy is no easy feat.

Plane ticket costs fluctuate constantly. In fact, during the typical 11-month period a flight is listed, the price changes every four and a half days on average, according to CheapAir.com’s annual airfare study.

Best Times to Book a Flight

So when is the optimal time to book? That depends on where and when you plan to travel. While there’s no sure bet, we’re offering some guidance to help you out.

Domestic flights (within the continental U.S.)

Why: Airlines tend to price flights on the higher side at first, because there’s not yet a strong sense of the market demand, says Patrick Surry, chief data scientist at Hopper, an airfare analysis app. After that, it’s simple economics: If demand is low, prices fall. If it’s high, prices get higher. Wait too long, seats fill up and the costs increase. “So there’s usually that sweet spot — two, three, four months in advance — depending on where you’re flying to,” Surry says.

What to expect: Spikes and dips in cost still occur, but your best chance to secure a ticket on the cheaper end lies within this window, according to the CheapAir study. You may have fewer seats and routes to choose from compared with when the flight was first announced, but competition, and therefore sales, will likely heat up.

When: Between 59 and 119 days in advance, depending on the region. Here’s a breakdown of the best times on average:

Why: The prime booking window for international trips is farther out than for domestic excursions, in part because these flights are generally costlier. The more expensive the purchase, the earlier the typical person plans, Surry says. If seats are grabbed early, that leaves a longer period for airlines to hike up prices for the remaining supply. Another explanation is that international fares are especially prone to seasonal variations. “So buying the lowest fare in high season as soon as dates are firm is generally a wise course of action,” said Robert Mann, president of R.W. Mann & Company, an airline industry analysis and consulting firm, in an email.

What to expect: Frequent, sometimes drastic, shifts in ticket costs.

Best days of the week to book

When: Wednesday and Thursday

Why: Computers normally control airline ticket prices using complex algorithms, which makes it difficult to predict the exact day when fares are lowest. However, humans decide when to schedule flash sales — short-lived deals that usually last a day or two — and these often pop up during the week, Surry says. This could explain why more destinations — in both domestic and international markets — see their lowest fares on Wednesdays and Thursdays than any other days, according to a study conducted by Hopper.

What to expect: Tickets might be less expensive — but not by much. The average savings between the best and worst days of the week to shop are about $10 for domestic markets and about $30 for international markets, according to Hopper.

“You’ll save a lot more by booking farther in advance, typically, than you will by picking a specific day of the week,” Surry says.

Note that prices vary based on which days of the week the departure and return are.

The above guidance won’t apply in all circumstances. Allow yourself extra buffer room for peak times, such as weekends and holidays. For less desirable periods, like the cold winter months, you can procrastinate a bit longer.

When to buy (for domestic flights):

Why: Sensing a pattern? That’s right — it’s another case of supply and demand. Seats sell out faster during busy seasons. The same goes for international voyages.

What to expect: Buying tickets on the best day versus the worst day for each season yields more than $200 in savings, according to CheapAir. However, there are exceptions within each season. With some high-demand travel times, ticket costs are relatively static. For example, domestic plane tickets are expected to hold steady around $300 round trip for Thanksgiving, according to data from Skyscanner, a travel search site.

Maximum savings for Christmas and New Year’s Eve can be found in the three to seven weeks leading up to each holiday.

More ways to save

Counting down the days isn’t always the best way to get a cheap flight. The next time you’re hunting for a deal, try these tips: