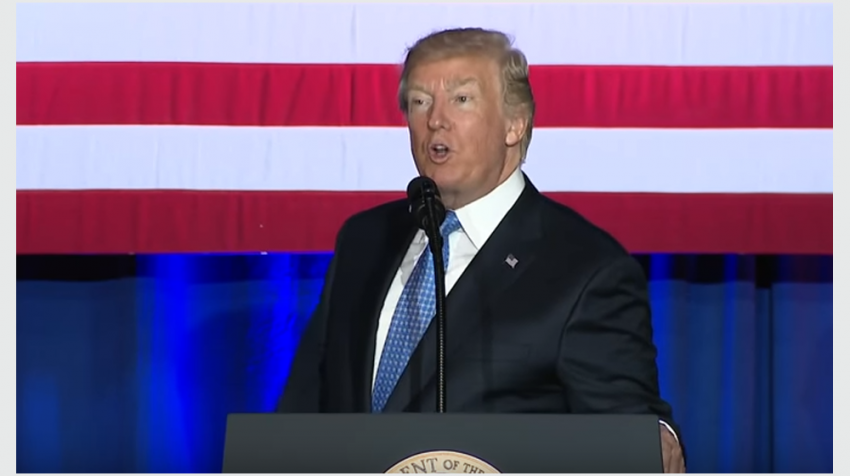 The U.S. House Small Business Committee is set to meet next week to discuss President Trump’s call for a major tax overhaul.

The committee will hold its next hearing on Oct. 4 on the topic that most small business owners have identified as their top legislative priority.

The committee’s Republican members along with the Trump Administration recently unveiled their Fair and Simple tax reform plan to the public. In doing so, they acknowledge that it’s been 30 years since there was any significant change to the country’s tax code. And the changes they’re proposing they believe will aid small businesses first and foremost.

The plan, as it’s being introduced, is being hailed as a win for small businesses.

Trump said at an event earlier this week in Indiana, “This will be the lowest top marginal income tax rate for small and mid-size businesses in more than 80 years.”

Raymond J. Keating, the chief economist with the Small Business and Entrepreneurship Council says, “Specifically, the corporate income tax rate would decline from 35 percent to 20 percent, and the top individual tax rate that applies to business pass-through entities, such as sole proprietorship, partnerships, S-Corps and LLCs, would drop from 39.6 percent to 25 percent.”

Robert Cresanti, the head of the International Franchise Association, also applauded the proposed tax reform plan. In a statement this week, he said, “Tax reform has long been one of the franchise community’s top legislative priorities. For years, the burdensome and complex tax code has held back small business owners and stifled new investments, but today — we have hope that relief is finally on the way.”

These changes can’t be done with the snap of a finger, however. A tax reform overhaul via the Fair and Simple plan is going to take legislative help.

But tinkering with the current code is likely not enough, according to Committee Chair Rep. Steve Chabot, of Ohio.

“Thanks to the innovation of today’s small business owners, we can now order food or catch a ride from our phone. Unfortunately, though, our current tax code has not kept pace with today’s innovators,” Chabot said in a prepared statement.

Democrat Ranking member of the committee Rep. Nydia Velazquez of New York says in the same statement, “Our tax code no longer works for small businesses and is too outdated to keep up with the needs of a new generation of entrepreneurs in the sharing economy. Over 3 million people earn income as microentrepreneurs through the sharing economy. But, because the tax code has not been updated since 1986, it creates complexities that serve to stifle their efforts and burden them with additional costs.”

The Fair and Simple plan for overhauling the tax code released by Republicans outlines the areas of major changes they feel are necessary. Velazquez acknowledges that the proposals coming out of the committee were part of bipartisan effort.

The tax reform plan calls for an across-the-board lowering of income taxes. It also doubles the standard deduction.

More importantly, tax rates on small businesses would be lowered. The plan would also separate personal income from small business income. Some small business owners can pay up to 44.6 percent tax under the current code, according to Republicans.

The estate tax on family farm and small family businesses would also be eliminated under the Fair and Simple plan as it’s written now.