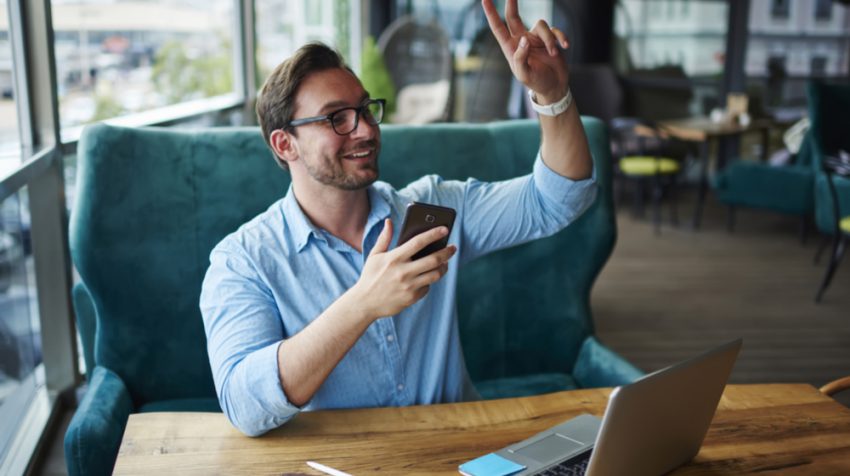 For the past several years, the gig economy has been an ever-expanding ecosystem, drawing independents of all niches looking for opportunities to earn extra cash.

For younger generations like Millennials and Generation Z, gigging holds a certain allure and romanticized sentiment, offering freedom, adventure and independence where stability, structure and benefits once reigned.

While some fully thrust themselves into this economy and piece together a living from short-lived engagements, others merely seek to put a few extra dollars in their pockets.

No matter the motivations for entering the world of freelancing or the level of involvement, one thing remains true: The gig economy is growing at exponential rates.

A 2016 report from Adobe uncovered that of the 1,000 office employees surveyed, one third of them noted having a second stream of income. Moreover, 56 percent of respondents believe most everyone will have multiple jobs in the future.

As it currently stands, 35 percent of the American workforce has already entered the freelancing arena, many through digital marketplaces like PeoplePerHour, TaskRabbit and Upwork.

Considering the continual rise in gigging and the average person’s reliance on such platforms and networks, it is important to understand how these marketplaces are set to shift in the coming months and years.

Blockchain Changes How Business is Done

As the gig economy continues to mature, traditional payment methods are going to become increasingly antiquated. Basic payments for tasks, stipends, travel expenses and other monetary transfers need to become increasingly expedient and fluid; especially when dealing with freelancers across international borders.

Additionally, as it stands, most gig platforms used by freelances (such as those mentioned above) seem to be a part of the sharing economy, but are in fact centralized; ultimately, depending on fees charged to users.

Blockchain technology, however, has enabled a shift in the way clients and freelancers do business by adopting a cooperative model.

For example, CanYa,io, a promising blockchain-based marketplace which is already active in Australia, allows users the option to be securely compensated for their work through digital currencies, no matter their location.

Through this paradigm, providers earn digital tokens or coins for services rendered, which can then be spent on the platform, or immediately converted and transferred to a crypto wallet with no fees attached.

The transaction values are also kept consistent by hedging the transaction against a stable portfolio. This enables transactions to be handled in a smoother and more expedient fashion while also removing barriers involved in international payments.

Because of this type of monumental shift in marketplace interactions and logistics, a cascade of changes can then follow.

One of the most significant changes this shift engenders is the type of businesses that leverage independent contractors. When most people think of freelancing in the gig economy, typically organizations like startups and small businesses come to mind.

As the gig economy continues its evolution, however, major corporate entities and Fortune 500 players are beginning to enter the fray.

This is starting to come to fruition as monolithic companies like Samsung are beginning to turn to websites like Upwork to fill various needs for marketing, IT, design and just about every other department.

Supporting this notion, a recent report from the Oxford Internet Institute  found that, “… enterprises are adopting platform sourcing to benefit from numerical, functional and financial flexibility, but also to gain advantage in knowledge creation and innovation, as platforms provide access to freelancers with widely different skills and expertise.”

Online freelancing platform Upwork also has noticed this transition taking place. Stephane Kasriel, CEO of Upwork, shined a light on the matter by stating, “Until a couple years ago, we mostly saw very small companies, with maybe as few as 100 employees …” Today, however, the company is planning on doubling its enterprise team as it now works with 20 percent of Fortune 500 organizations.

See Also: What’s Behind the Growth of the Gig Economy?

As more major business entities enter the freelance arena, it will become increasingly commonplace for them to assemble rosters of highly-sought after experts that can be called upon at a moment’s notice, without needing to keep them as a permanent part of the payroll.

Digital workers have clear benefits in not having to travel (in most cases), setting their own schedules and working from home, among other benefits.

Thanks to the aforementioned technologies and platforms, this is becoming an increasingly standard prospect that is only set to become more appealing to professionals all over the globe.

This means employers around the world will be increasingly enabled to select the best candidate for a task or job, no matter their location, and handle business-related interactions in a seamless manner.

A Greater Need for Networking Appears

Particularly in the Fortune 500 realm, certain jobs are best not to be advertised to the masses. These open positions will be best suited for experts with a precise skillset.

Because of the specialized need, these folks are more likely to be found through other freelancers who have developed extensive networks — especially if the organization has little time to seek out a solution.

Proving this point true, Lou Adler, CEO of the consulting and training firm, The Adler Group, conducted a year-long survey on how people find their jobs. The results showed that, “… 85 percent of critical jobs are filled via networking.”

This clearly highlights the fact that connections are a freelancer’s lifeblood.

This means that online marketplaces will likely begin to integrate more social features. If these platforms fail to integrate such offerings, LinkedIn will soon have far more competition as increasing numbers of professional social networks begin to materialize to fill networkers’ needs.

Freelance and blockchain-based marketplaces are poised to disrupt the natural order of the current organizational structure of workforces as more folks (and companies) flock to the gig economy.

While this transition is clearly in its formative stages, a new ecosystem is being born, and new technologies are beginning to foster its growth in profound ways.

William Johnson belongs to the most creative field of digital media - web design. He is currently an Editor at Big Eye Deers and he is obsessed with the latest trends in ecommerce, SEO and social media analytics. He has been a regular contributor to leading online portals such as SEMrush, Small Business Trends and SocialMediaToday.
One Reaction
Subscribe
Follow @smallbiztrends
RSS LinkedIn Pinterest iTunes