I focused a few of the last conversations on the growing importance of voice-first technologies that have us swiping/typing less and talking more to our devices.  And as consumer adoption of devices like Amazon’s Echo and Google Home, among others, takes off, companies need to get serious about how this will impact customer engagement.  And next year is the year to start figuring it out, according to Eric Bisceglia, VP of Go-to-Market for Voysis, a voice AI platform that enables voice driven natural language instruction, search, and discovery across mobile, web, and devices.

Below is an edited transcript of our conversation. To hear the whole interview click on the embedded player below. 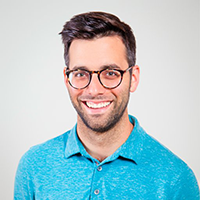 Small Business Trends:  This is Brent Leary, and with me is Eric Bisceglia. Eric is the VP of Go to Market for Voysis. Tell us a little bit more about Voysis.

Eric Bisceglia: Our tag line is ‘The complete independent voice AI platform’. The company’s been around for about four years.   Voysis, at the end of the day, is an API based platform that allows you to very easily stand up your very own voice interface. The focus of our business right now is allowing retail eCommerce companies to do that, to make it really easy for someone to find and discover and purchase products via an online retailer using their voice.

Small Business Trends:  We all know what Amazon in doing with Alexa. But Amazon isn’t the only online retailer. So how are non-Amazon retailers – folks who compete with Amazon – how are they able to get involved with what’s going on with allowing somebody to use their voice to ask for something or to buy something?

Eric Bisceglia: I think our world view of voice goes a bit broader and goes beyond the smart speakers, right, and I think the wave of interest we’ve seen over the past year has mostly been focused on the Echo and on Google formally entering the market with Google Home; and obviously Apple talking about the HomePod. Sonos just came out last week and announced that they’re now gonna have Alexa on one of their new speakers.

Back to your question, one of the main use cases on the Echo is adding stuff to your shopping list, right?

I think there’s this big ground swell with voice creating this need for companies of all sizes and in all industries to start to think about how they weave that into their technology, their applications. So as consumers get more accustomed to using it and are calling for it, it’s there. For retailers that aren’t Amazon, and don’t want to necessarily invest in building a skill for Alexa, we are seeing a trend with Google. Walmart made some news recently where they partnered with Google, and they’re in the process of launching what they call an action, which is Google’s alternative skill.

Some smaller retailers don’t just want to become a third party seller on Amazon. How a consumer interacts with their brand via their mobile website or app, they can easily, using an app like Voysis, add voice to that experience as well. That’s the way that we think of it again, people interacting with brands and retailers; and how does voice become a part of that experience regardless of where they are? That’s something that we allow people to do.

Small Business Trends:  How disruptive is voice to the current retail process, online purchasing process? What is going to be the biggest difference, or most difficult transformation for retailers that are used to doing things online the traditional way? How disruptive will voice be to that?

Eric Bisceglia: I think if you rewind the clock five years ago the disruption from voice was mostly that it wasn’t accessible, right? The companies that have launched voice experiences in the past, to use Domino’s as an example, had a voice; sort of a chat bot type experience in their mobile app years ago, called Dom. They had to invest a decent amount of time and effort, money and resources into accessing that technology. It had the potential to be huge for them, but they were very much ahead of the market and everyone uses that example as one of the early voice and chat bot experiences that came to bear in retail.

I think voice has the potential now because the technology is so much more accessible to be less disruptive because it can be woven into the existing digital experience as just another means of interacting with that website or that app. The real question is less around disruption, but more around how you can make consumers aware of the fact that you have voice and how they should engage with it within your existing experience.

That’s where we see most of the focus for retailers; how to introduce it so that it’s not disruptive to their users, but is actually additive and enhances the experience. Because at the end of the day, it’s another means of discovering and searching for products, finding answers to questions you might have, like “Where’s my order?”, these types of things. It allows you to do it in a natural language way. It breaks the bounds of traditional navigation and allows people to use their own words to interact with technology.

Small Business Trends:  What are the things that particularly smaller retailers may not understand about the voice shopping experience that they need to get right, and may be dramatically different than the traditional shopping experience? If they don’t get this right, then they’ll miss it.

Eric Bisceglia: I think the brand element is what creates that unique distinction for smaller retailers and smaller brands. I think a lot of that uniqueness and a lot of that connection that you have with the brand gets diminished when you’re selling your products through a third party platform.

Etsy, for example, has done a really good job of allowing the uniqueness of each artisan and each seller to shine through in their platform, but Amazon mitigates that, or diminishes that, rather. I think voice is interesting because it has the potential to allow that brand to come to life more in the interaction with your consumer, with the customer and allows a sort of a two way dialogue that is more engaging than a traditional navigational sort of web structures, and ultimately makes that digital experience become a little bit closer to something that you would have in brick and mortar, which is something that a lot of these smaller retailers can’t offer at scale, and smaller brands can’t offer at scale.

I think voice, and AI in general, allows for more personalization, allows for more customization. I think for the retailers that get it right and the brands that get it right, particularly the smaller and mid-sized ones, they’re going to be able to sustain those relationships with their customers and not get … completely overthrown by the big guys like Amazon that are trying to sort of own that first point of contact with all of their technologies.

Small Business Trends:  How quickly can a business, online business, let’s say … a significant size online presence retailer, how quickly could they introduce voice into their selling experience?

Eric Bisceglia: It’s very easy. If you have familiarity with using platforms like Stripe, or Twillio for telephones, … or any other API platform along those lines that you’ve used, Voysis works in the same way. We use API’s, we’ve got an SDK, which is for your mobile app, you just embed that into our mobile app or JavaScript library, which is similar to how you would put a web chat product in your website, so it’s very easy to use.

We do most of the heavy lifting, really, by generating the AI for you. Really, all a company needs to do is send us their product catalog, whether that’s via an API or if they’re using a digital commerce platform like Shopify or Salesforce Commerce Cloud, we can pull all that data directly out of there… the SDK or the JavaScript library into their website and literally in a matter of days someone can be talking to their app.

It’s really, really quick. Again, this is a new thing … going back a few years this was a type of project that could take months, if not years, so the technology has changed quite a bit.

Small Business Trends:  Very cool, so, how much time do retailers have to introduce voice? Is this a nice to have now, but maybe a need to have in the next year or so?

Eric Bisceglia: Yeah … I think the smart speaker movement has done a lot for voice, and I think 2017 in general has done a lot for voice, but what we expect to see going into 2018 is voice to truly become more ubiquitous. I think that people are realizing that it is much more accessible, so we’ll see it starting to emerge in mobile applications, in websites, we’ll see it start to emerge in more technologies we use in the home with Sonos and Ecobee, for example, another company that did a voice integration with Amazon.

I think over the next year voice will become more ubiquitous. I think for retailers … 2018 is the year to invest in voice cause consumers are going to be investing in technologies that have voice as the primary means of communication.

The other side of it for retail, I think, is as Generation X, kids that are in their late teens now, as they’re entering the workforce and really becoming independent buyers, the propensity to use voice technology in that group is much higher than even Millennials and those of us in our sort of 30’s and 40’s nowadays. I think that’s really going to change the behavior in mode of interaction for consumers, and I think retailers in particular have to be on top of that.

Yeah, I think now’s the time.