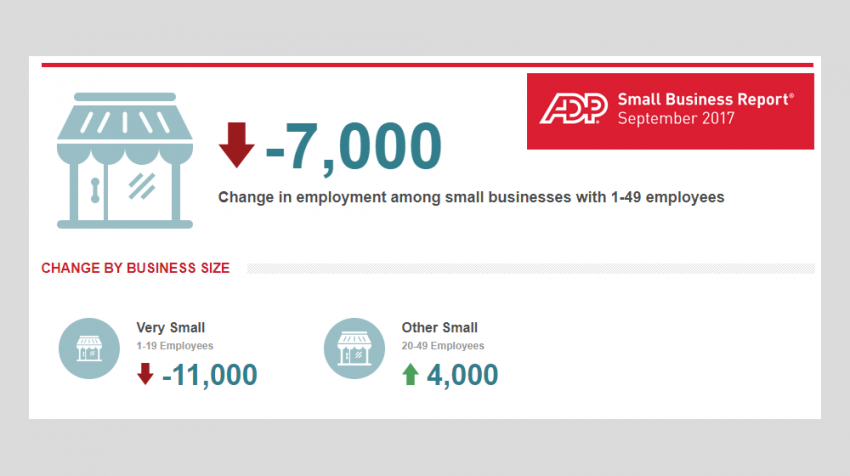 Small businesses are seeing overall job losses for the first time this year, but the news is not all bad.

This is the first month this year that ADP (NASDAQ:ADP) is reporting job losses rather than large job gains at small businesses. In August, the same report showed small businesses adding 48,000 jobs to the economy. In July, they added 50,000.

Big losses among the smallest of small businesses — those with 19 or fewer employees — are responsible for the sudden decline in job growth among small business this year.

Those companies lost 11,000 jobs over the last month.

But that is not the whole story.

Companies with between 20 and 49 employees actually added 4,000 jobs.

The report also breaks down the job losses and gains by the type of small business. The numbers over the last month may signal a shift in the national economy and explain the sudden albeit slight dip.

However, service-based small businesses lost a considerable amount of jobs since August, 22,000 in all. That was led by losses among the smallest of those companies, which lost 19,000 of the total.

The overall loss in small business jobs actually goes against the national trend. In its National Employment Report, ADP says 135,000 jobs were added to the economy.