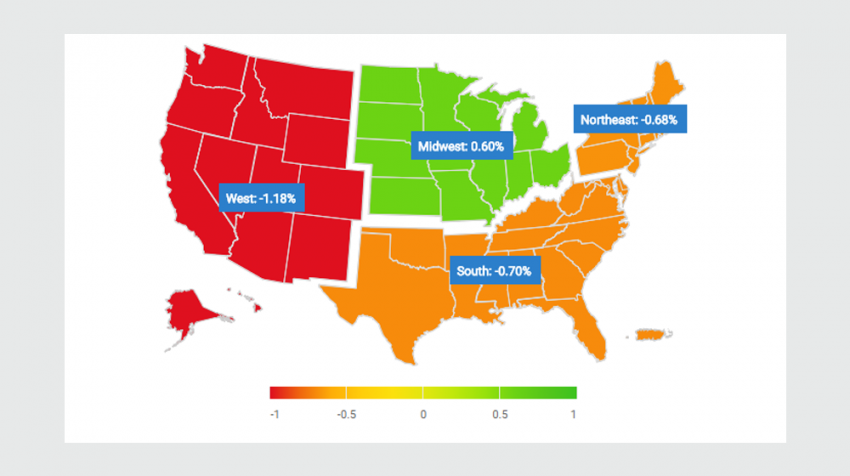 Wages at small businesses across the country continue to rise but job growth at the same companies has stagnated.

The manufacturing sector saw some job growth. But nationally, only the Midwest saw jobs increase at small businesses. All other regions tracked by the Paychex report saw job growth decline in the last month. Paychex notes that job growth has continued this trend since June even as wages at these companies continue to creep upward.

Payroll information that comes from Paychex clients is used in the report. The Index uses a baseline of 100 was established in 2004 to gauge small business health. It’s the starting point that represents moderate wage and/or job gains. The data is gathered from small businesses with less than 50 employees.

The Small Business Jobs Index hovered around the break even point at 99.93 in September. There’s been little movement in the national index since June. On the other hand, the picture is better for wages nationally.

The average hourly wage for small businesses in the United States was $26.03 an hour this month. That represents growth of  $0.75 from the previous year. Wage growth is keeping pace with August’s numbers, but both sets are slightly below the rate for July.

Hours worked are up in September and that trend has lasted for the last 10 months overall. This is despite the fact employees in Houston and Miami saw their hours drop significantly due to hurricanes Irma and Harvey.

Regionally, the West is lagging behind other areas of the country in small business job growth. In fact, their rating of 99.56 put them in last place nationally for the first time in five years. The Midwest is at the other end of the scale with a 0.25 percent improvement in September. That marks the sixth month in a row that part of the country has seen an upswing.

Hourly earnings are up the most in the West while hours worked are up year over year across the country.