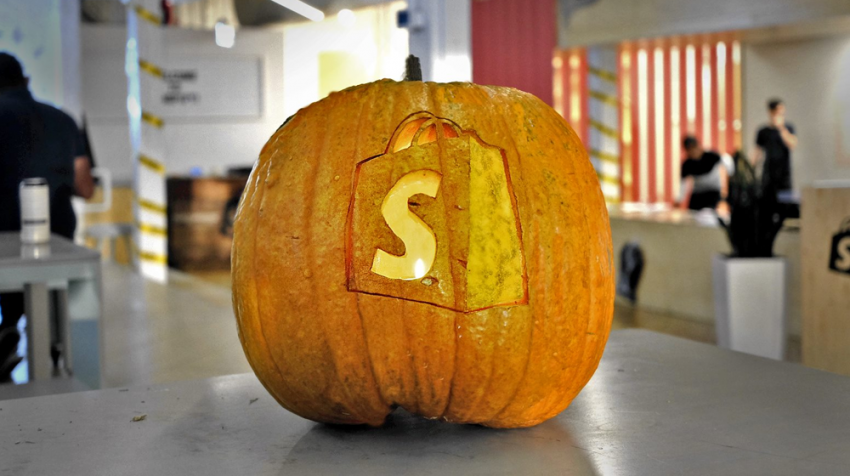 If you run an ecommerce shop, your goal should be to make the buying process as easy as possible for shoppers. And a new feature from Shopify should help merchants do just that, by offering autocompleting forms to save people time in the checkout process.

Additionally, some ecommerce merchants are making the process easier for buyers by meeting them in person. And a new concept, safe zones, could help merchants navigate this process safely.

Read about these headlines and more below in the weekly Small Business Trends news and information roundup.

Abandoned shopping carts are a huge problem for online merchants. And one of the biggest offenders is the form customers have to fill out when they check out. Shopify (NYSE:SHOP) is getting rid of this problem by making Google Autocomplete available for its merchants.

Ecommerce Safe Zones Popping Up Around the U.S.

If your fledgling ecommerce business sells to a local clientele — through sites like Facebook or Craigslist — you’ve no doubt worried about your safety when meeting a buyer. Reports of crimes associated with these meet-up transactions should create a healthy skepticism of conducting business this way.

2017 May Be a Record Year for Small Business Transactions, says BizBuySell Report

Small Business Optimism Drops, But Not For Long, Says NFIB

The optimism coursing through many small businesses earlier this year is not as easy to detect right now. According to the September NFIB Index of Small Business Optimism report, the dip in sentiment is fueled by a large drop in expected sales.

Frisco, Texas is the Fastest Growing City in the U.S. for Business

Thinking of opening a small business in a new city? Maybe you want to expand your business to a new, rapidly growing city. Well, Frisco in Texas is the city with the fastest local economic growth in the U.S., according to an in-depth study of 2017’s Fastest-Growing Cities in America.

What is the Amazon Local Associates Program and How Can It Help Your Small Business?

Amazon (NASDAQ:AMZN) has just expanded its Associates program with a new addition called Local Associates. With this initiative, small local businesses and individuals can increase their revenue by making recommendations of items sold on Amazon.

Do you want to create and manage a Spotify ad campaign for your small business? With the new self-serve advertising platform called Spotify Ad Studio, you can. Described by the company as the industry’s first self-serve audio platform, you now have access to a powerful tool to reach potential new customers. Spotify Ad Studio was just launched in the US in beta mode.

Cajun restaurants might be all the rage in Louisiana. But they’re not nearly as common in the mountains of Colorado. So when the founders of The Lost Cajun moved across the country from their home in Louisiana, they realized there was an opportunity to bring their favorite foods to a new market. Read more about this business and its growth in this week’s Small Business Spotlight.

There May Be 56 Million Business Meetings in America Today (INFOGRAPHIC)

If you are working, there is a good chance you are part of the up to 56 million meetings taking place today. And as the new infographic from Cincinnati Bell Inc. (CBTS) indicates, you also might be part of the 76 percent that thinks they are unnecessary meetings. This brings us to the title of the CBTS infographic, “How to Master Meetings.”

FedEx Office (NYSE:FDX) has expanded its same-day delivery service, FedEx SameDay City, to 1,800 cities across the U.S — from Seattle to Miami and from San Diego to Boston. The service is now available to more than 34 million people in over 30 markets nationwide.

Snapchat Adds Context Cards and How Can They Help Your Small Business?

With the new Context Cards on Snapchat (NYSE:SNAP), you can now get everything from contact information to Uber rides, book a table through Resy, and more. The goal of Context Cards is to deliver more information on the Snaps you are watching.

Have you ever been in the middle of a chat on Skype and suddenly needed to find out more about a competitor’s product, or what time your favorite restaurant closes. Well, with the new integration of Microsoft’s (NASDAQ:MSFT) virtual assistant Cortana with Skype, you won’t have to interrupt the conversation to find out.

Small businesses are using older WiFi that doesn’t fit their needs on several fronts. A new Linksys sponsored survey says half of the small businesses polled are using WiFi technology that’s over eight years old. Beyond not being able to keep up with mobile expansion, business owners are concerned over the lags in security and speed.

It seems incredible, but people in organizations still use weak passwords like “12345,” bearing in mind the security threat in today’s digital ecosystem. This is one of the data points the 2017 edition of the annual BeyondTrust research report revealed.

Get ready for one final good-bye from a familiar voice. After 20 years, when people needed to get off the phone to go online, AOL Instant Messenger was there. Now it’s leaving for good before the end of the year. Oath (NYSE:VZ), the Verizon-owned company that controls AOL, announced last week that AIM will shut down on December 15.