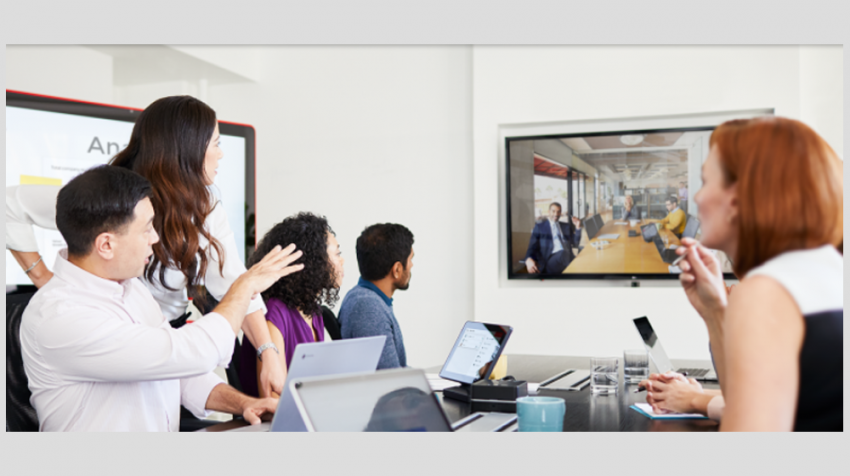 Google (NASDAQ:GOOGL) has officially launched a new hardware kit solely dedicated to businesses that use Hangouts Meet. The new Hangouts Meet Hardware Kit, which is going for $1,999, includes a speaker mic, 4K sensor camera, a touchscreen controller and ASUS Chromebox.

The Asus Chromebox CN62 is the nerve center of this kit. It comes with 4GB of memory and runs on a fifth generation Intel Core i7 processor. The box has a dedicated video accelerator and automatically updates, so you are sure of always having the latest software. 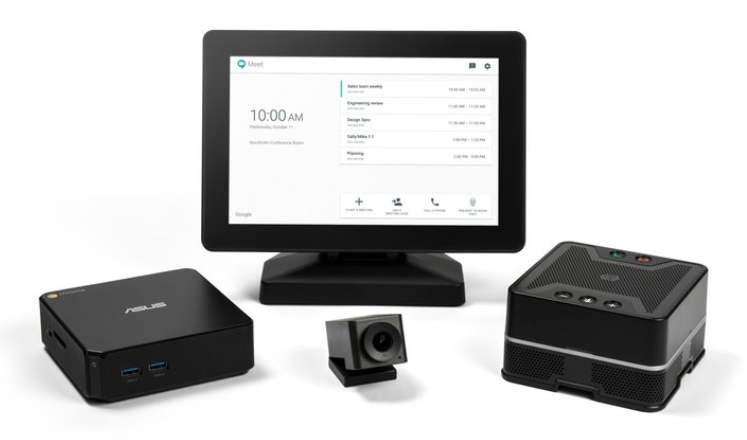 Also part of the kit is a modern and highly-intuitive touchscreen interface that allows users to easily view meeting details and join scheduled events all with a single touch. You can also use the intuitive touchscreen to add new members with the dial-a-phone feature as well as pin and mute participants.

The speaker mic, which is part of the bundle, is also designed by Google. The company says the speaker mic is cleverly crafted to actively eliminate echo and background noise, assuring you of clear, crisp audio during your video conferences.  According to the tech giant, up to five speaker mics can be “daisy-chained” together with a single wire so as to capture sound in particularly large rooms.

The camera is from the Norway-based startup Huddly and features 4K resolution, 120-degree range, tilt, zoom and pan capabilities.

Kits designed for video conferencing are not an entirely new concept as businesses have in the past been able to host video conferences using Hangouts while relying on the Chromebox system installed in the conference room. The new kit, however, provides more features and flexibility because you can now record and save meetings directly to Google Drive as well as host video conferences with up to 50 participants.